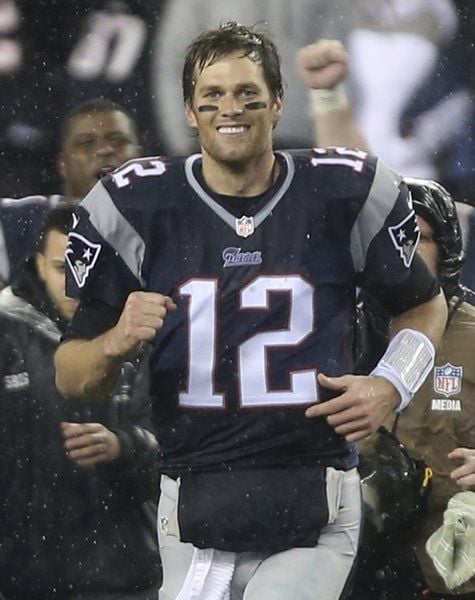 New England Patriots quarterback Tom Brady (12) smiles as he runs onto the field at the end of the AFC Championship game against the Indianapolis Colts in Foxborough, Massachusetts. 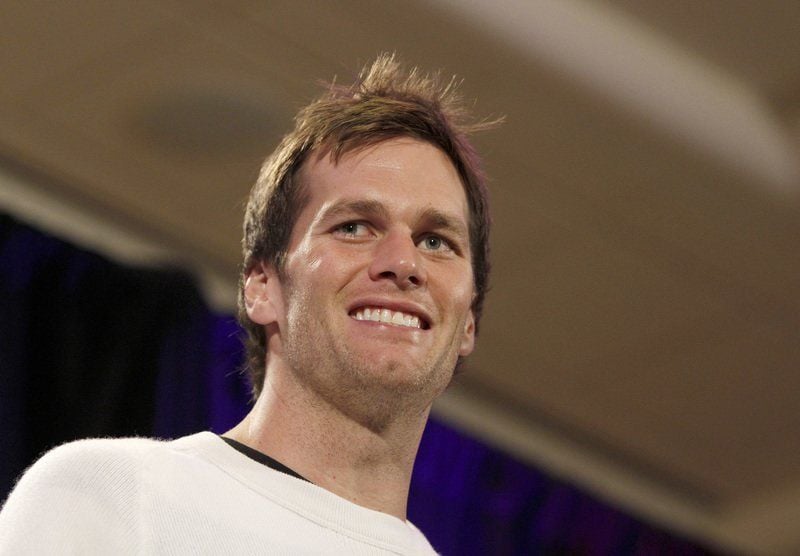 Tom Brady smiles as he speaks to the media during a press availability on Jan. 29, 2015. 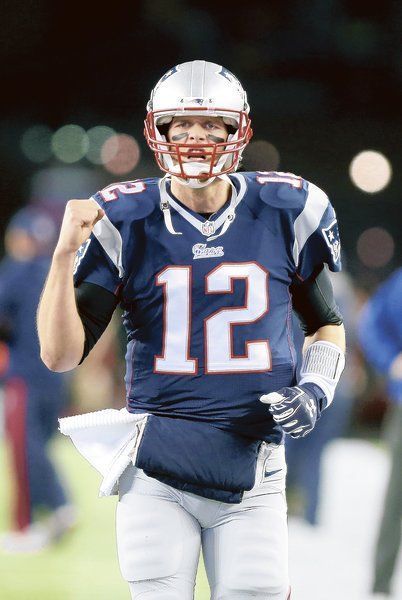 New England Patriots quarterback Tom Brady pumps his fist as he comes onto the field to warm up before the start of the AFC Championship game in Foxborough, Mass., on Jan. 18.

New England Patriots quarterback Tom Brady (12) smiles as he runs onto the field at the end of the AFC Championship game against the Indianapolis Colts in Foxborough, Massachusetts.

Tom Brady smiles as he speaks to the media during a press availability on Jan. 29, 2015.

New England Patriots quarterback Tom Brady pumps his fist as he comes onto the field to warm up before the start of the AFC Championship game in Foxborough, Mass., on Jan. 18.

PHOENIX — How's this for a scenario?

Tom Brady and the New England Patriots are trailing by four points, 24-20, with three seconds remaining in Super Bowl XLlX tonight, and the ball on the Seattle Seahawks' 8-yard line.

No matter what happened in the previous 59 minutes, 57 seconds, those last three seconds, that last play could define Brady's place in history.

If he hits, say, Rob Gronkowski, on a slant and the tight end holds it, and the Patriots win. Brady takes home his third MVP trophy, the Patriots win their fourth Super Bowl in 14 seasons and Brady is universally acclaimed "the best ever."

Or, worse case scenario, he throws a pass to Brandon LaFell because Gronkowski is double-teamed, and cornerback blabbermouth Richard Sherman bats it down, as he has done so many times before, to clinch the Seahawks' win, Brady will still be one of the best ever, but probably rank No. 2 to the great Joe Montana.

Wow. This is really big, really meaningful for Brady and New England.

Sure, it is meaningful for the Seattle Seahawks, too. They are also chasing some history, albeit more recent, by seeking to win back-to-back championships, the first time since the Patriots did it in 2003 and 2004.

That would set them up to become the first-ever team to win three straight. The Seahawks understand what tonight means, particularly the fact that despite their relatively young age, they are flirting with greatness.

Mind you, this game will not be easy. The Seahawks are one of a handful of NFL franchises that are not afraid of the Patriots (see both of Peyton Manning's teams for those who were). They just don't care.

That could also hurt them if they don't respect the Patriots' run over 15 years and the fact the Pats are trying to win a Super Bowl 10 years after their last with the same coach and quarterback. That is truly meaningful.

There has been something about Brady this season, particularly the last two months. He's been acting like a kid again, when each week was somehow better than the last one.

He might actually be more driven now than he has been at any time of his career, even when he was on that great team that raised three Lombardi Trophies in four seasons.

Statistically, 2014 has been a very good one for Brady, who completed 64.1 percent of his passes, throwing 33 TDs and nine interceptions. But he has done better in all categories before.

His best work has been leading this team. Only two players (Vince Wilfork and Stephen Gostkowsk) remain from the near-perfect team that was here in Arizona seven years ago and only 15 players (including two on injured reserve) from the team that lost to the Giants in Indianapolis three years ago.

These are kids. And Brady is the papa.

What has been obvious has been that Brady has not taken this trip to the Super Bowl for granted. Sure, he could do it again next year, or possibly two years from now, but planning for championships is not a safe thing to do when a torn ACL for a guy like Rob Gronkowski or Darrelle Revis could blow up everything.

That's what makes this particular Super Bowl, No. XLlX, so special.

Everything is in place. Everybody, for the most part, is healthy. The coaching is as good as it's ever been. The Patriots have balance on offense, with a more-than-respectable power-running game. And let's be honest, this defense has won a few games singlehandedly this season (See Minnesota, Oakland, N.Y. Jets, to name a few).

I believe this Patriots defense, with some master strokes from Belichick (maybe to slow down Marshawn Lynch, first and foremost), will do its job and keep this game close from start to finish.

You know what that means?

The Patriots' hopes will be on Brady. If he plays well, particularly at the right time, they will probably win the game

An argument could be made that there is more pressure on Brady because of the legacy stuff and the fact the Pats have to go through a defending champion to do it.

That's true. Could you imagine an added layer of your legacy at stake over one pass in one game? I guess that's why I observe rather than perform the hard part, because I couldn't.

One fact about Brady is that of the five Super Bowls he has played in, he left the field in the last minute or in the waning seconds of each one with the Patriots in the lead. Twice, the defense couldn't finish the job.

I have no idea. But I do know, after 14 years of watching every play of his career, I'm betting on Brady tonight.