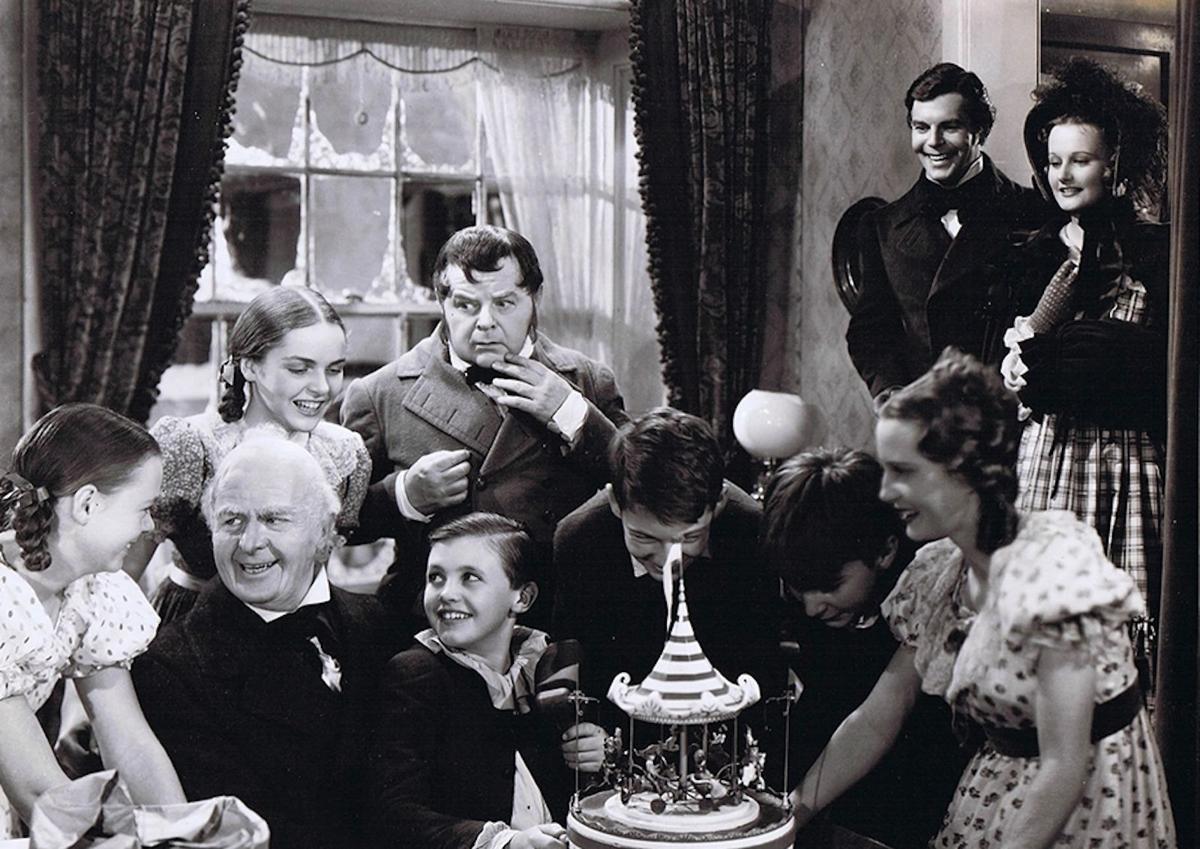 The Cratchit family celebrates Christmas with the quite changed Ebenezer Scrooge in the 1938 production of "A Christmas Carol." At left, Belinda Cratchit, played by June Lockhart, smiles at Scrooge, portrayed by Reginald Owen. 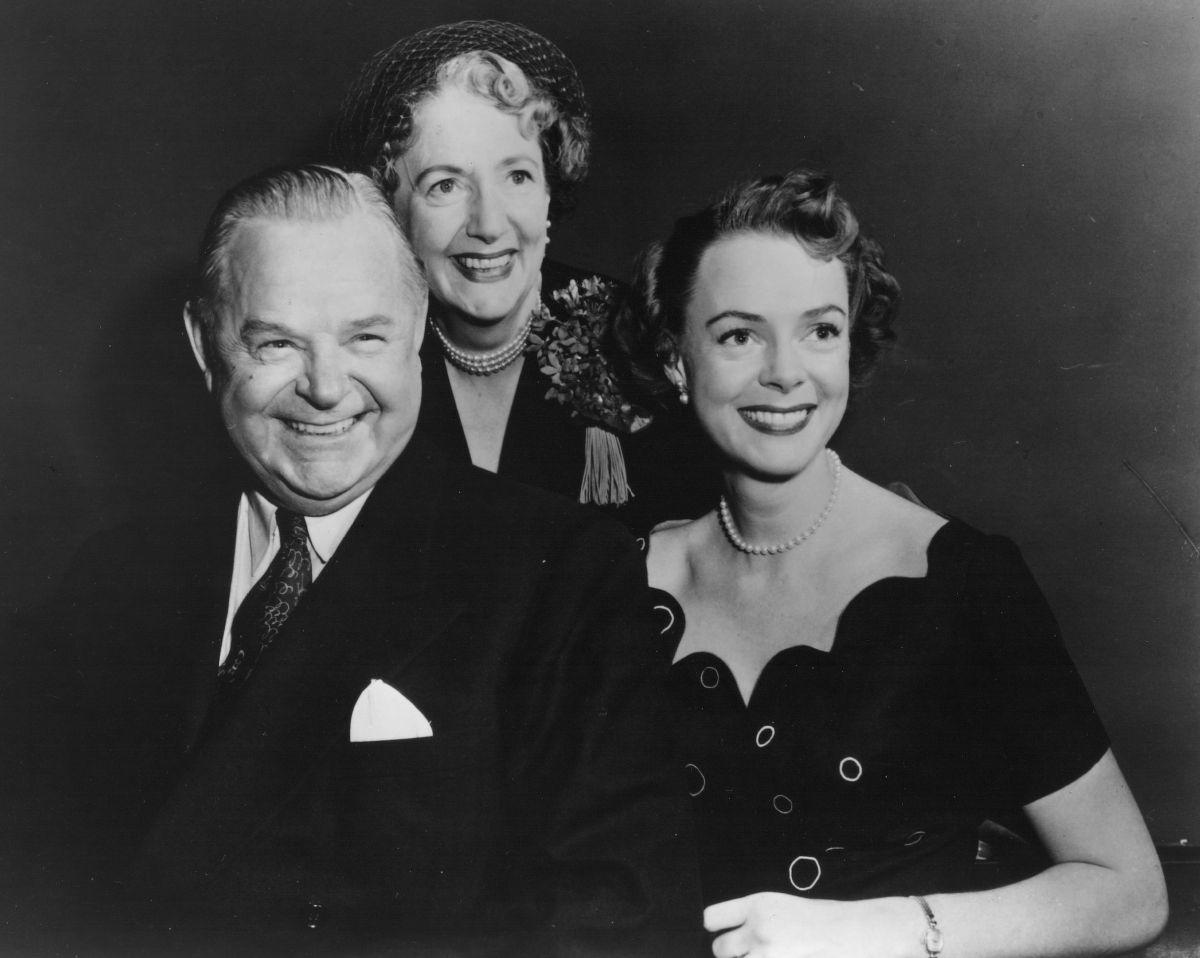 June Lockhart, right, is pictured with her parents, Gene and Kathleen, in 1953. 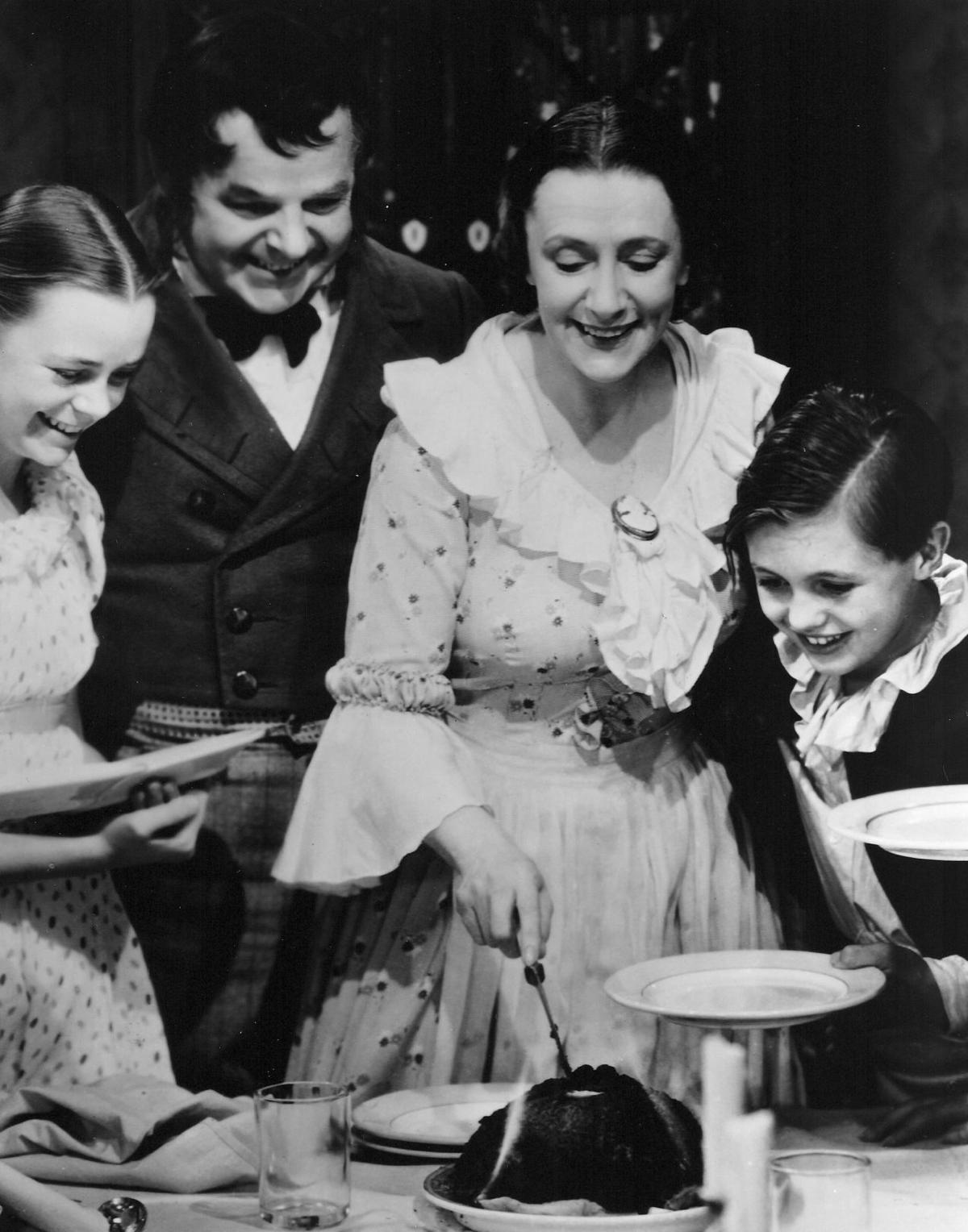 The Cratchit family, portrayed by June Lockhart, from left, her parents, Gene and Kathleen Lockhart, and Terry Kilburn, admire their Christmas goose.

The Cratchit family celebrates Christmas with the quite changed Ebenezer Scrooge in the 1938 production of "A Christmas Carol." At left, Belinda Cratchit, played by June Lockhart, smiles at Scrooge, portrayed by Reginald Owen.

June Lockhart, right, is pictured with her parents, Gene and Kathleen, in 1953.

The Cratchit family, portrayed by June Lockhart, from left, her parents, Gene and Kathleen Lockhart, and Terry Kilburn, admire their Christmas goose.

Released last month on Blu-ray, the 1938 version of Charles Dickens' “A Christmas Carol” has long been a favorite seasonal TV movie.

“It's a short film, only about an hour, so there was no premiere when it first came out,” recalled June Lockhart, who made her film debut at the age of 13 as Belinda Cratchit in the Christmas classic. “The studio just put it out as a program filler with their feature Christmas movie for that year.”

“A Christmas Carol” is especially memorable for Lockhart because her father and mother also appear in the film.

“I thought my parents were wonderful as the Cratchits, and it was just great fun to see how a film was made,” said Lockhart. “I loved the Victorian costumes.”

Prior to filming, Lockhart was very familiar with the story.

“We used to perform it every Christmas at home for our dinner guests,” she recalled. “So I had already appeared in it, with my parents, in our living room for many years prior to doing it for MGM. We read from a script that my father had prepared from the original story. We would have wonderful actors like Doris Lloyd or Walter Kingsford playing parts and Leo G. Carroll would play Scrooge. In the film, Scrooge was played by Reginald Owen who was just a lovely, lovely man.”

Carroll, who portrayed Mr. Waverly in the '60s TV spy series “The Man from U.N.C.L.E.,” was a close friend of the Lockhart family and always “Uncle Leo” to young June. He was cast as Marley's ghost in the movie.

A decade later, when Lockhart made her 1947 Broadway debut in 'For Love or Money,' for which she won a Tony Award, Carroll visited her dressing room after the first matinee.

“Standing at the door in a great coat with big black collar, cane, homburg hat, gloves, and with his blue eyes sparkling, he said 'Oh June, much better than I expected!'” recalled Lockhart. “Coming from him, it was a great accolade.”

Today, “A Christmas Carol” is a favorite of Lockhart's family who are fond of quoting her first scene.

“My daughter, Junie, and granddaughter, Christianna, have never let me forget that the first words I ever spoke in movies were: 'I know, I know – sausages!” laughed June. “It's become a family joke and we all shriek with laughter when we watch it now. Watching the film has become a family tradition each year. And now, to be able to watch it with my grandchildren – well, who gets to do something like that?”

However, the film did leave Lockhart with one unpleasant memory.

“One thing I do remember was feeling quite nauseated on the set one day from something I had eaten the night before,” she recalled. “Then they placed a bowl of mashed parsnips in front of me during the Christmas dinner scene. The stench made me so ill, the prop man had to replace the dish with potatoes. I've avoided parsnips ever since!”

Lockhart went on to star in several TV series including “Lassie” and “Lost in Space.” Her father, Gene Lockhart (1891-1957), was one of Hollywood's most recognizable character actors throughout the '30s and '40s. And her mother, Kathleen Lockhart (1895-1978), had a 26-year movie career appearing in 40 films, about half alongside her husband.

But “A Christmas Carol” was the only time June appeared on film with either of her parents.

“So it always had a sweet spot in the hearts of the Lockhart family,” she said. “It's grand to see it on TV every year and it certainly lives on as a charming little picture.”

(Nick Thomas teaches at Auburn University at Montgomery, Ala., and has written features, columns, and interviews for over 450 magazines and newspapers.)