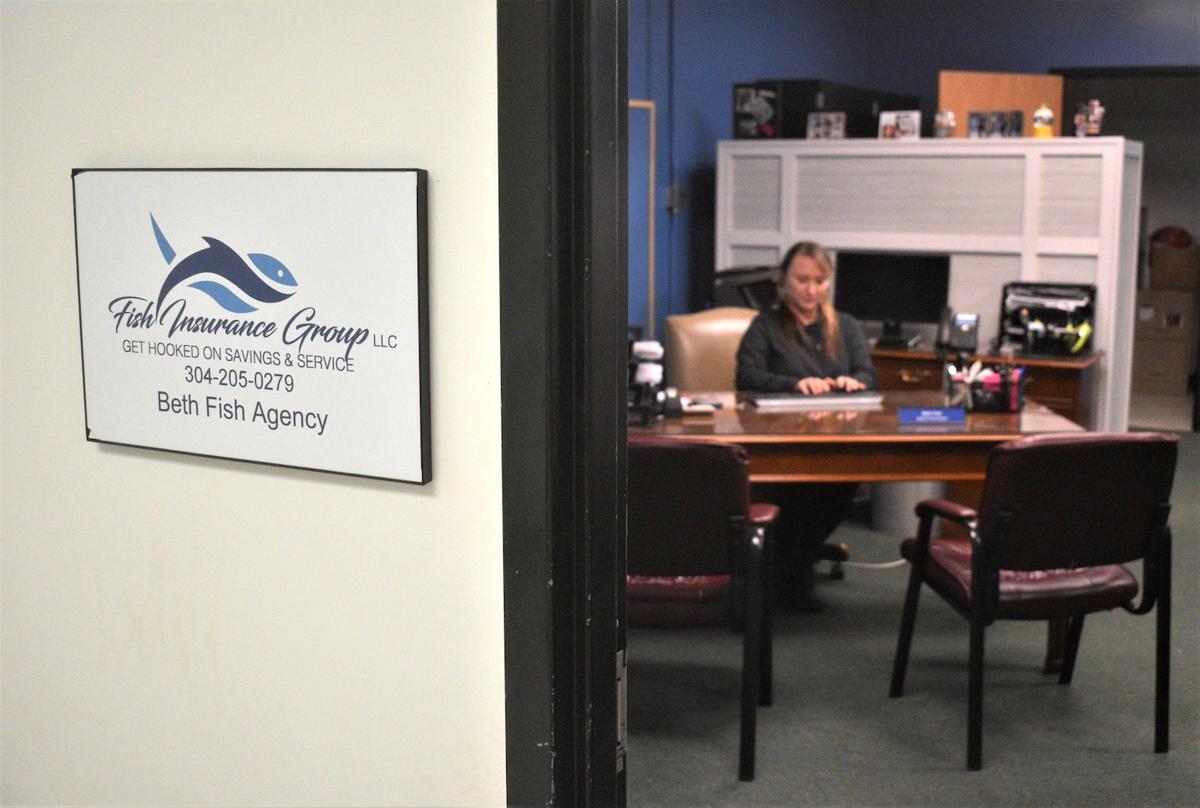 Agent Beth Fish works in her insurance office in the Smithers Gateway Center. 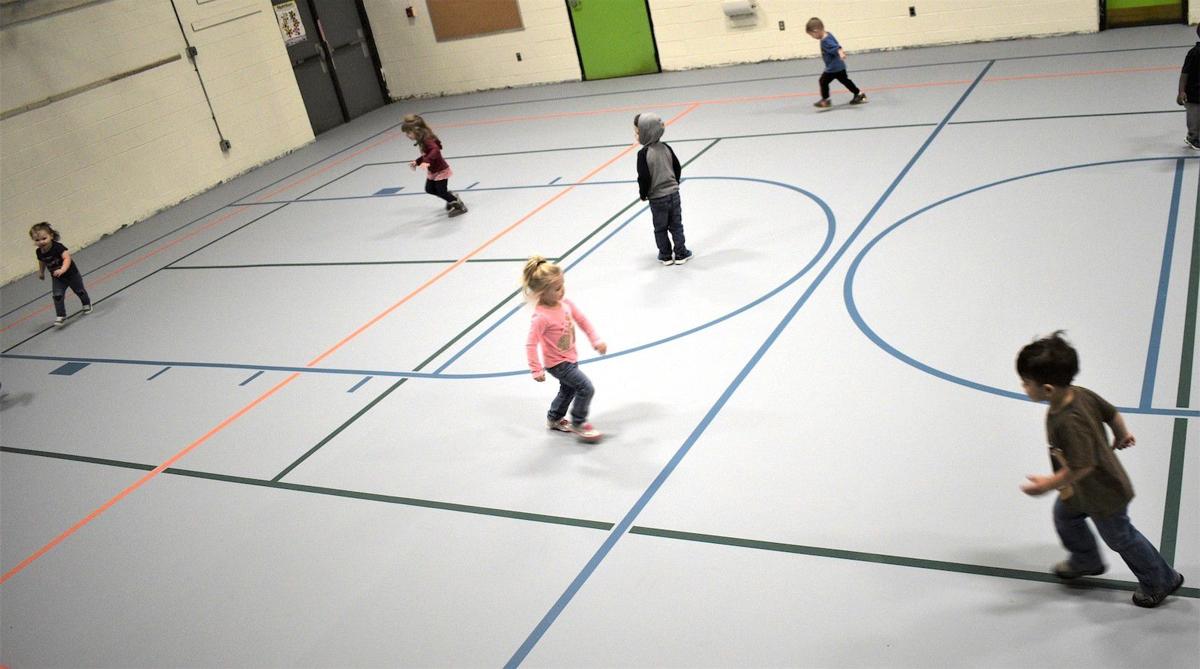 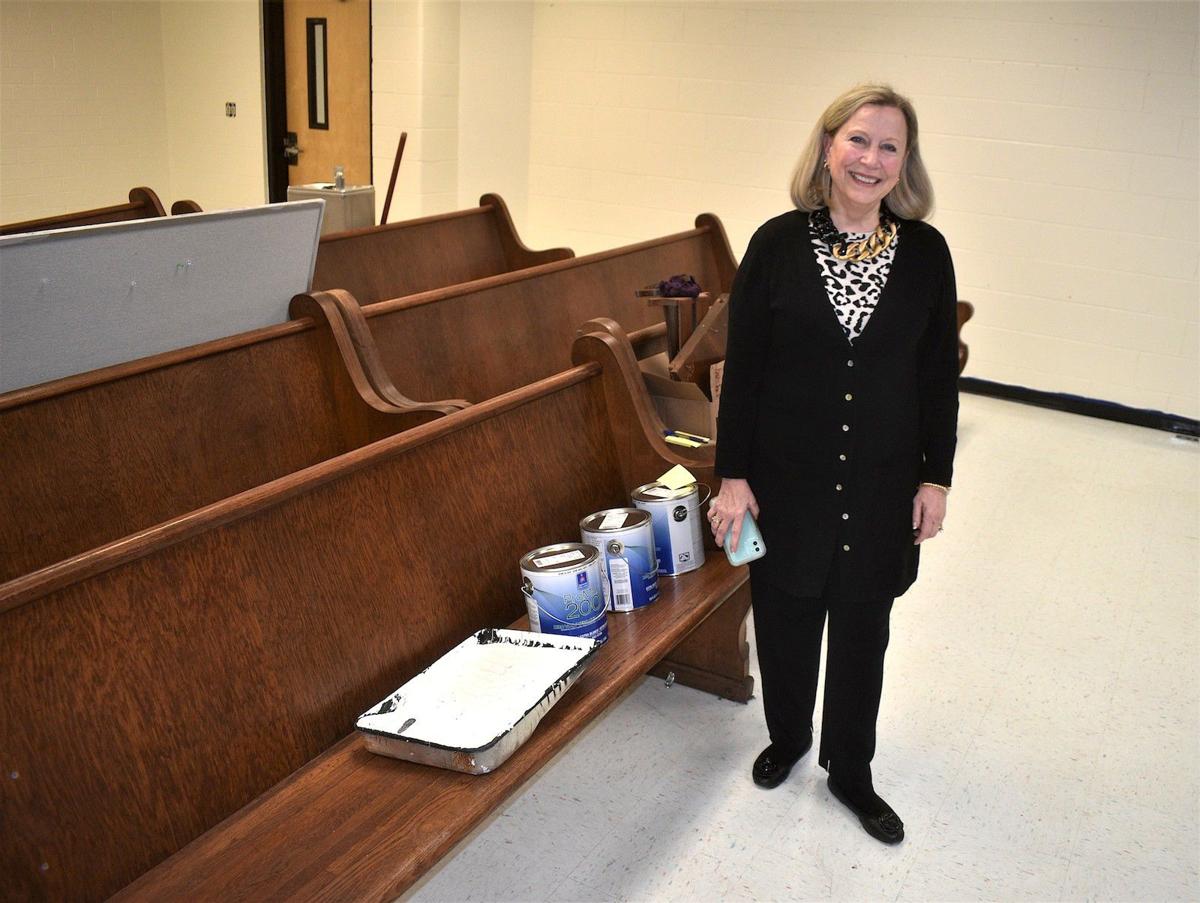 Smithers Mayor Dr. Anne Cavalier pauses for a photo in what will be the new Smithers City Council meeting room in the Smithers Gateway Center. 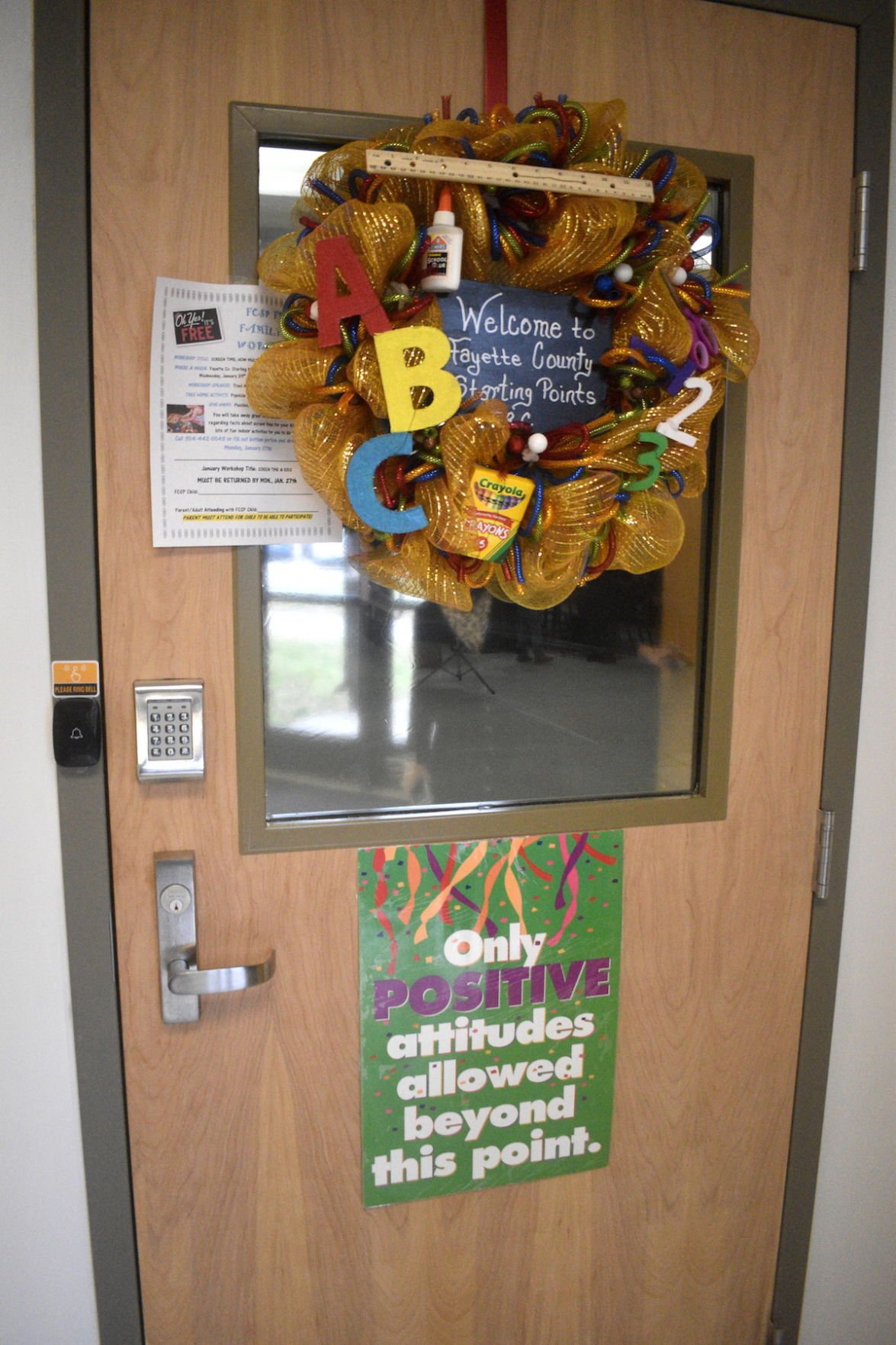 The interior entrance to the Fayette County Starting Points is shown.

Agent Beth Fish works in her insurance office in the Smithers Gateway Center.

Smithers Mayor Dr. Anne Cavalier pauses for a photo in what will be the new Smithers City Council meeting room in the Smithers Gateway Center.

The interior entrance to the Fayette County Starting Points is shown.

SMITHERS — As young children cavorted on a new gym floor on Jan. 29, work continued on the Smithers Gateway Center.

The center, housed in the former Valley Elementary School building, is being reconfigured into a community services center. The Fayette County Starting Points Family Resource Center has already relocated there from Falls View, and the Fish Insurance Group has set out its shingle, too.

Other pending moves include relocation of the New River Health Association's Valley school clinic from its current location just down the street adjacent to the Fayette County Sheriff's Department detachment. Also, Putnam Aging-Fayette County Senior Programs will be housed in the building. Those two entities are in the process of securing contractors to do the work necessary to re-fit their spaces.

In addition, the center will house a combined office for the UKV Strategic Initiatives Council, the Midland Trail Scenic Highway Association and a code enforcement program. All three of those are joint endeavors of Smithers and Montgomery.

Among the recent work onsite is a $19,975 project completed by Final Floor, of Sugar Grove, Ohio, which resulted in a spruced-up gym floor that can be utilized by Starting Points students and the community as a whole.

"Seniors will use it for fitness classes, and there will be fitness classes for the community," said Smithers Mayor Dr. Anne Cavalier. The first activity will likely be chair yoga, which is being organized now.

The court is marked off for basketball, volleyball and pickleball. It was painted and features a poured surface and a bottom layer of recycled rubber. And, it's much smoother. "Where we had an uneven floor, it's now even," Cavalier said.

The backboards and rims now being utilized were formerly in the gymnasium at the Oakland School.

Grant funds are being sought to pay for the gym work, but Cavalier says the gateway center already has an established revenue source from leases and the like, and money can come from that if necessary.

In the building, old carpet has been replaced with tile, and the stage is being prepared to serve as an art classroom. "Artists (from the UKV Creative Arts Group) have already volunteered to come and teach classes," said Cavalier. The stage will also still be used to host productions, such as a play based on Frozen 2, which will be supervised by former VES Principal Alan Dyer in mid-March.

As Starting Points children expended some energy on the new court last week, Cavalier discussed future plans, including Smithers City Hall making the permanent move to the center later in February. The city hall's first day at the center will be Tuesday, Feb. 18. "As of the 18th, this is where we are, this is the new city hall," she said.

"Every stick of furniture that you see, every bookcase, every file cabinet, every chair was donated," Cavalier said.

There will also be a mayor's office, which also features conference space, as well as a new city council meeting room. "No longer will City Hall have to be the conference room, the sanitary department, the lunch room ...," Cavalier said. New council chambers will feature more space and "will allow the public to better see the council and mayor."

A lounge for tenants and city employees will also be onsite.

The Starting Points and that portion of the building have a secure entry point, and the city hall area will allow the receptionist to monitor that entrance.

Smithers City Hall will operate at its current location through Feb. 13, the mayor said. The building will be shut down on Feb. 14, so workers can make the move over the weekend.

"I love the location," said Beth Fish, who has relocated her insurance agency, the Fish Insurance Group, to the Smithers Gateway Center. She said she was previously on the other side of Rte. 60, "but it was less visible and there were no other businesses there with me."

At the new location, there is "more traffic, and it's a lot more secure building," she said. Making that possible are controlled door openings and the soon-to-be presence of the Smithers Police Department.

The Beth Fish Agency concentrates on life insurance and annuities, but she also branches out into insurance for businesses, farms, home and automobile. And she says her new location will create a better working situation for her.

"I'm very excited about (the center)," said Fish. "I love that it's not another school that's going to sit empty.

"And the mayor has been proactive in finding a really good use for it."

After the property was deeded over from the Fayette County Board of Education last year, overall building renovations were made possible by a USDA loan, and lease revenue will cover ongoing maintenance and operations.

Cavalier expects a grand opening to be staged in March.