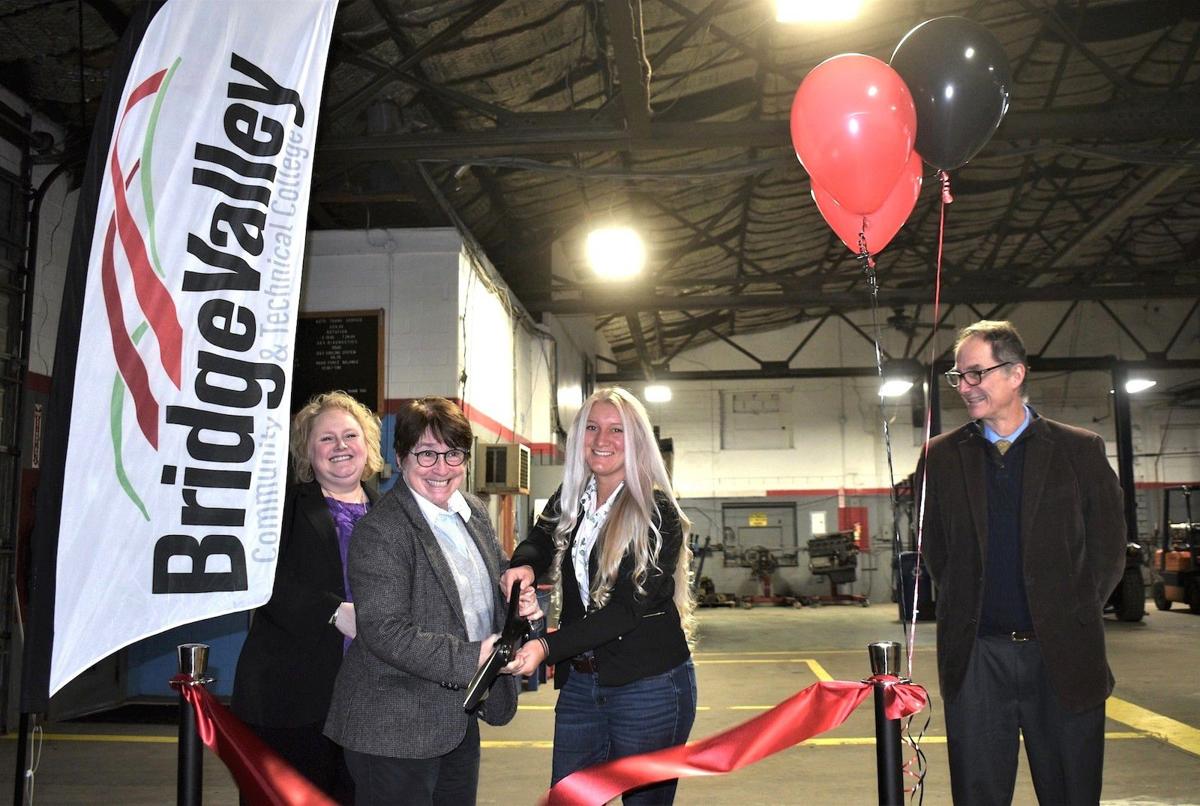 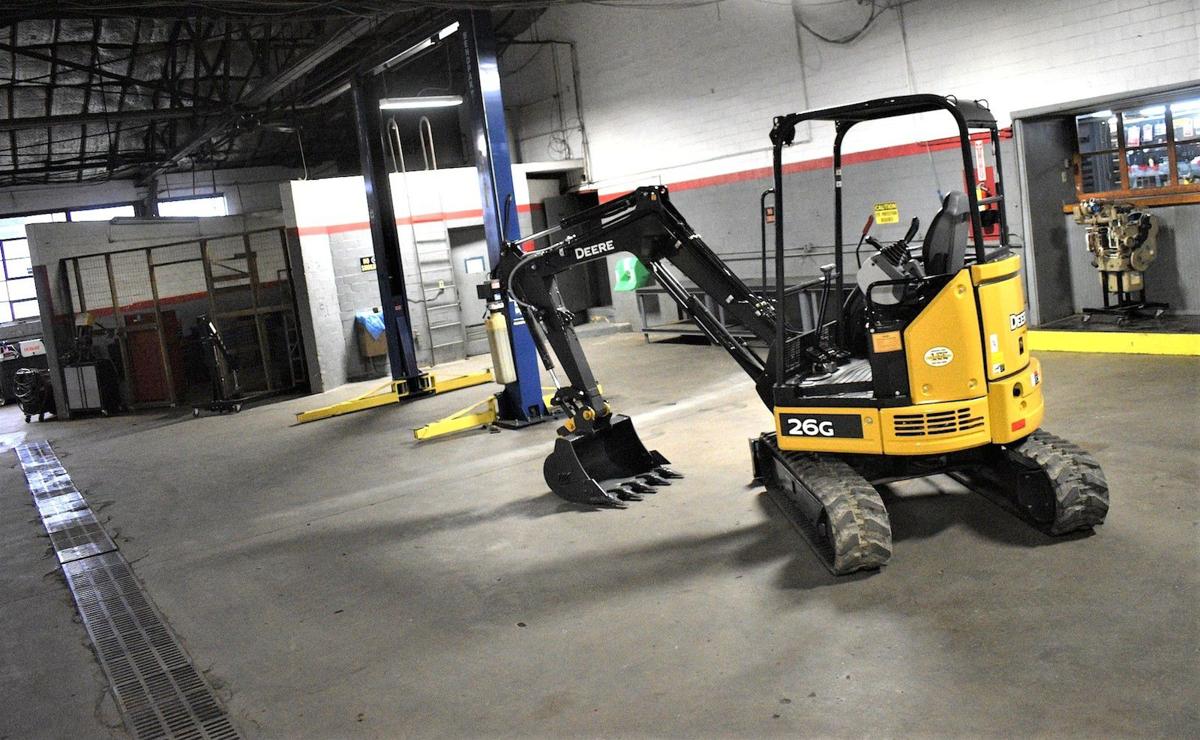 The service area of the former Brown Chevrolet is now home to the BridgeValley CTC diesel technology program. 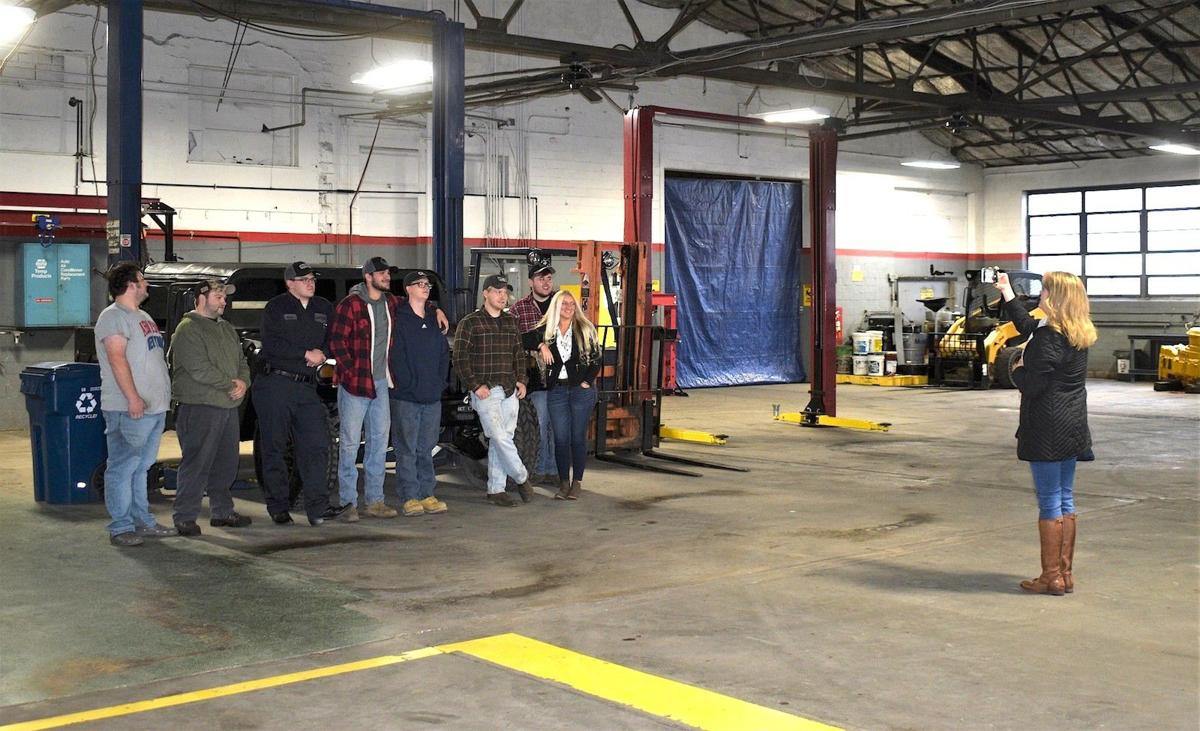 The service area of the former Brown Chevrolet is now home to the BridgeValley CTC diesel technology program.

MONTGOMERY — Lori Hughes is on schedule to graduate from BridgeValley Community and Technical College in May 2020.

Hughes, a diesel technology student from Winfield, was among those who attended an open house on Nov. 12 to unveil ongoing changes on the BridgeValley CTC Montgomery campus.

During the open house, Kelly Grose, dean of business, legal, creative entrepreneurship and technical occupations for BridgeValley, detailed the relocation of the college's welding, diesel and machine tool programs from the South Charleston campus to Montgomery.

The open house was staged at the former home of the Brown Chevrolet service department, which now houses the BridgeValley diesel technology department.

"I was in the old diesel building here in Montgomery last year, and it was very small," said Hughes, in her second year of studies in Montgomery. "Being in this shop that is about five times the size is really amazing and benefits the students very much.

"The increased working area will allow the program to accept more vehicles (on which to work). Whenever you get a big shop like this, you can do so much more."

Admitting she would like to have more time to hone her craft in the roomier surroundings, Hughes added, "I think it (the program) will definitely reach out farther than they think." BridgeValley can offer a two-year associate degree program that will "definitely take you far," said Hughes.

"We're bringing 50 students and three instructors to the Montgomery area (for the technical occupations department)," Grose told the assembled crowd.

Welding, diesel and machine tool students started in August settling in to various locations on campus.

The machine tool program is located in the old Tech maintenance building, which is now known as the Workforce Center for Construction, Telecommunications and Energy. Welding is housed in the basement of Davis Hall.

The relocation of the programs allowed for more operating space, Grose said. "And, with the exception of Brown Chevrolet, we own the shops in Montgomery for welding and machining," she added. "In South Charleston, we were leasing."

Grose says the relocation helps strive to reach goals established by BridgeValley's Montgomery Focus Group committee. "Our purpose is to find ways to build enrollment and recognition of campus activities, particularly in Tech’s absence," she said. "There is a lot of potential in this area and on the campus that needs to be tapped.

"I’m excited to be part of revitalizing the Montgomery campus."

"We do have some new and exciting things to be bringing to Montgomery."

During her remarks, Grose introduced BridgeValley President Dr. Eunice Bellinger, who has "made this all possible through her support and efforts in supporting me and these programs to come to Montgomery."

Bellinger said the arrival of the new programs didn't happen overnight nor through the work of just a few individuals. "Making things happen is not a task that one does by oneself, and it certainly is a communal effort that so many people have worked tirelessly on," she said. "This is an incredibly exciting time for the City of Montgomery. I think perhaps two years ago we were all a bit sad and a bit wondering what was going to happen and how we were going to save ourselves, but I think the truth is we are going to save ourselves."

In addition to BridgeValley staff and students, she pointed to the efforts of others such as Montgomery Mayor Greg Ingram, the police department and city council.

Dr. Peter Soscia, BridgeValley's vice president of academic affairs, said the "work of the students and their families and the faculty and the staff and everybody that made this building what it is" was appreciated. He said he had optimism that, peering five years into the future, much progress would be exhibited in the programs and in the community.

For more information about BridgeValley CTC, call 304-205-6600 or visit http://www.bridgevalley.edu.