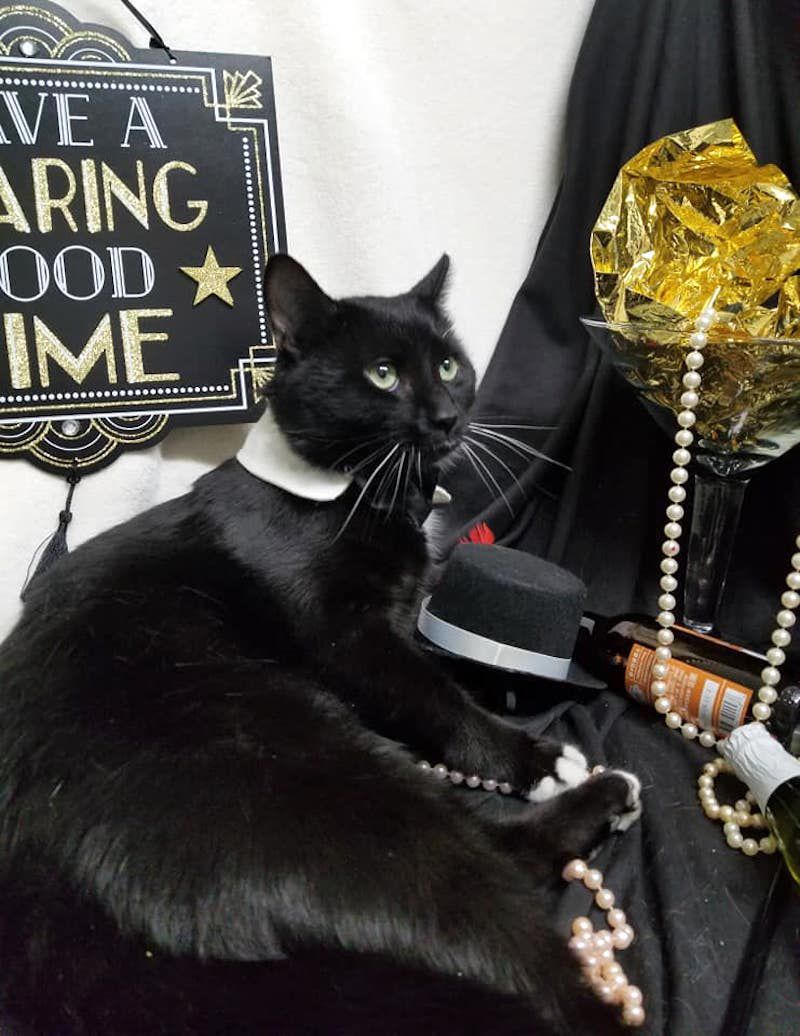 Houdini has on his glad rags for The Great Catsby 2020 Fur Ball, set for Saturday at the Holiday Lodge and Conference Center in Oak Hill. 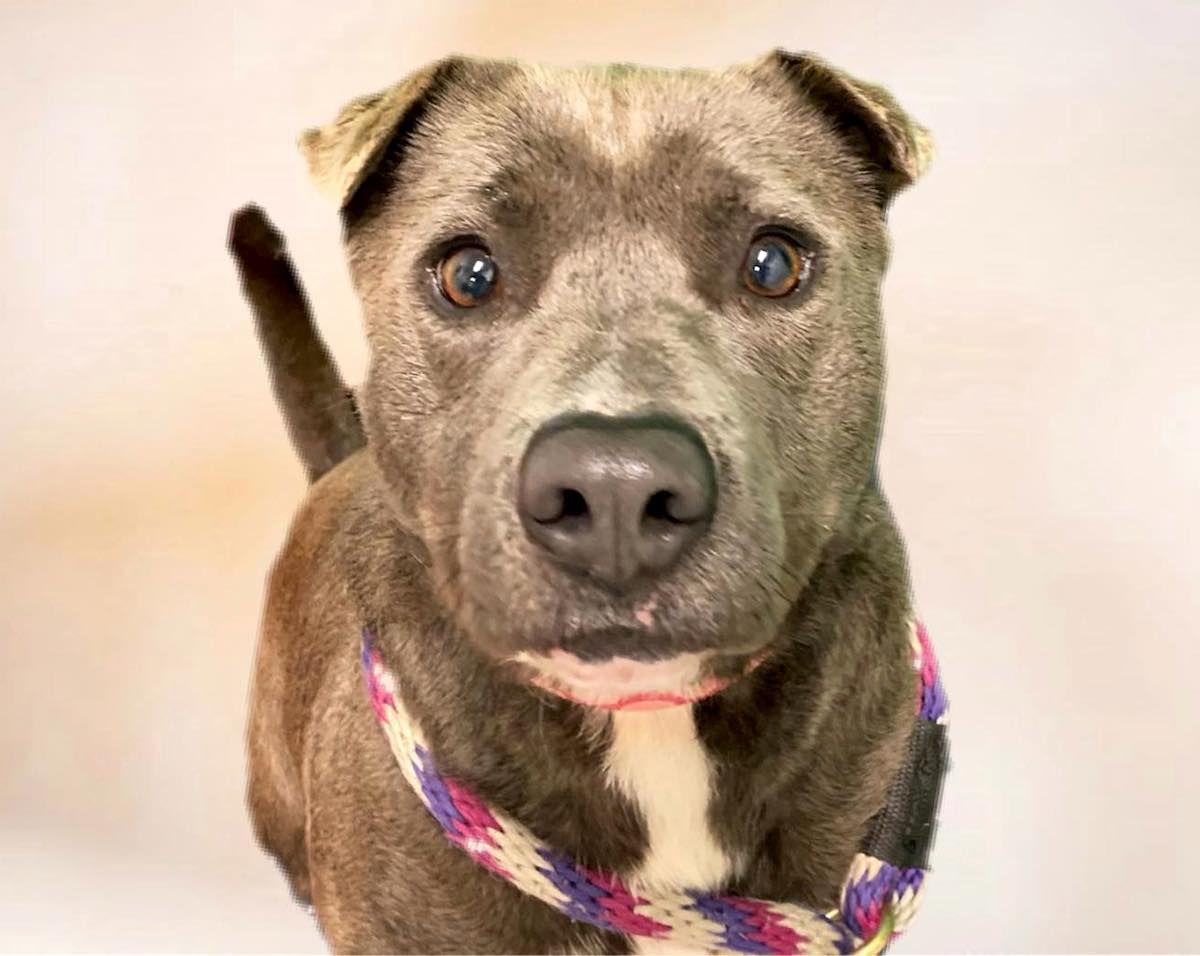 Cupcake is just one of the animals that has been cared for by staff members and volunteers at the New River Humane Society’s Fayette County Animal Control Center. To learn more about adopting a pet, to volunteer or to make a donation to aid in the work that has allowed the center to be a no-kill shelter for over four years, visit the Fayette County Animal Control Center - WV Facebook page or call 304-574-3682.

Houdini has on his glad rags for The Great Catsby 2020 Fur Ball, set for Saturday at the Holiday Lodge and Conference Center in Oak Hill.

Cupcake is just one of the animals that has been cared for by staff members and volunteers at the New River Humane Society’s Fayette County Animal Control Center. To learn more about adopting a pet, to volunteer or to make a donation to aid in the work that has allowed the center to be a no-kill shelter for over four years, visit the Fayette County Animal Control Center - WV Facebook page or call 304-574-3682.

Since so many of the patrons support both locations, the shelters normally try to coordinate their galas on different dates. This year, however, scheduling conflicts resulted in the locations sharing the same night for their major fundraisers.

The HSRC’s seventh annual Feline Fine Furball will be held 7 to 11 p.m. inside Tamarack’s ballroom where the event was also held last year.

Debra Berry, who has been on the HSRC’s board of directors since 2018, is spearheading the event. This is her first year acting as coordinator.

“I’m excited and just so thrilled,” Berry stated. “I have taught school for 36 years, so organization is my cup of tea. I’m looking forward to the evening. I have spent a lot of time on this, but I have a lot of help.

“I have followed what we’ve done in the past, but I have made a few changes.”

HSRC’s Furball is a black-tie event and will feature a cash bar, heavy hors d’oeuvres, a pasta bar, a deejay, dancing, a photo booth, wine pull, 50/50 raffle and a silent auction.

The silent auction will have a plethora of gifts available for guests to bid on such as dinner certificates, a rafting trip for four that includes a two-night stay in resort cabins, a one-week oceanside vacation to Myrtle Beach, fitness memberships and other packages and gifts.

According to Angela Messer, creative director, all the evening’s proceeds will go towards operations and pet care.

“We want to do whatever we can to help these babies with their vetting needs,” she shared, adding that the Furball is one of the shelter’s biggest events of the year.

HSRC did not share how much money it raised from last year’s Furball, but did state the goal was to raise as much money as it can.

Aside from raising money to help cover vetting and operational costs, the shelter also uses the event to promote their efforts.

“This event is great because it really keeps us in the eye of the community. We are community-based and the community helps us so much and we want to stay in their minds. That’s the only way we can care for our animals,” Messer said.

Berry also mentioned the community, stating that the event was a “fun night” and a way the shelter can give back to the people.

“The community has helped us tremendously and the fundraising has been phenomenal. It’s important that we fundraise all the time.”

She mentioned the near $100,000 the shelter received from their “Shave the Shelter Campaign” and expressed that, since then, everyone at the shelter has been jumping in to help and has a whole new outlook.

“This is going to be a great evening.”

As for Fayette County’s Furball, Berry says that while it is unfortunate the events are on the same night, HSRC fully supports NRHS and their fundraising endeavors.

NRHS’s The Great Catsby Furball event, the shelter's fourth consecutive Furball, is taking place at the Holiday Lodge and Conference Center in Oak Hill from 6 p.m. to midnight.

“We’re bringing in a new year of saving lives with the Roaring Twenties theme,” the shelter revealed on its invitation.

According to Kathy Gerencer, NRHS board president, the arrival of 2020 seemed like the perfect opportunity to showcase the Roaring ’20s theme.

“One of our volunteers had the idea and we thought it would be a perfect match. Plus, it’s a play on words. It’s fun and everyone likes to dress up, so it’s the perfect culmination of things that will, hopefully, result in a great turnout.”

While the event is semi-formal, NRHS is encouraging guests to dress in ’20s fashion to complement the theme.

Much like HSRC, The Great Catsby Furball will feature a live and silent auction with some great items that have been donated by area businesses and supporters, door prizes, raffles, and a station table where guests will have the chance to bail the animals out of the shelter through sponsorship or even adopt an animal.

Cathedral Café will be catering the event and The Stacy Carroll Project will be providing live music.

Gerencer says there will be “a little something for everyone” on Saturday.

Proceeds from the evening will go towards shelter upkeep, medical bills, and operations, according to Gerencer.

“This is our largest fundraiser of the year by far. Last year we raised $12,000 and we are on track to beat that record this year. We have a lot more sponsors this year and ticket sales are up. We have a waiting list which has never happened to us two weeks before the event. We have sold out in years past, but never this far in advance.”

Gerencer said that last year the shelter underwent some budgeting issues with the county commission – issues that were “a struggle to work through.” She says that this year is looking to be another big struggle with, among other factors, tax revenues on the decline.

“We have to fight to prove just how important the shelter is,” she said. “We have to show the county the important work that we do.”

In 2019, NRHS took in 1,800 animals. Gerencer says that was possible because of the support from people locally and nationally. Not a single animal had to be euthanized due to a lack of room in the shelter.

“For four-and-a-half years, we have been able to remain a no-kill shelter,” Gerencer said. “That’s because of all the hard work being done by not a lot of volunteers. It’s incredible and we are just so grateful for our supporters.”

NRHS hopes that Saturday will highlight the dedication of staff at the shelter as well as bring an awareness to day-to-day responsibilities they handle.

“This is our biggest opportunity to show our supporters that come and the folks that attend what exactly it is that we do,” Gerencer said. “People have no idea what goes on in an animal shelter unless they spend an ample amount of time there.

“It’s also a good time to celebrate our accomplishments, which we are only able to do because of people that step up by volunteering and supporting.”

Tickets for NRHS’s Furball are sold out. Gerencer is hoping to have more tickets available but none are guaranteed.