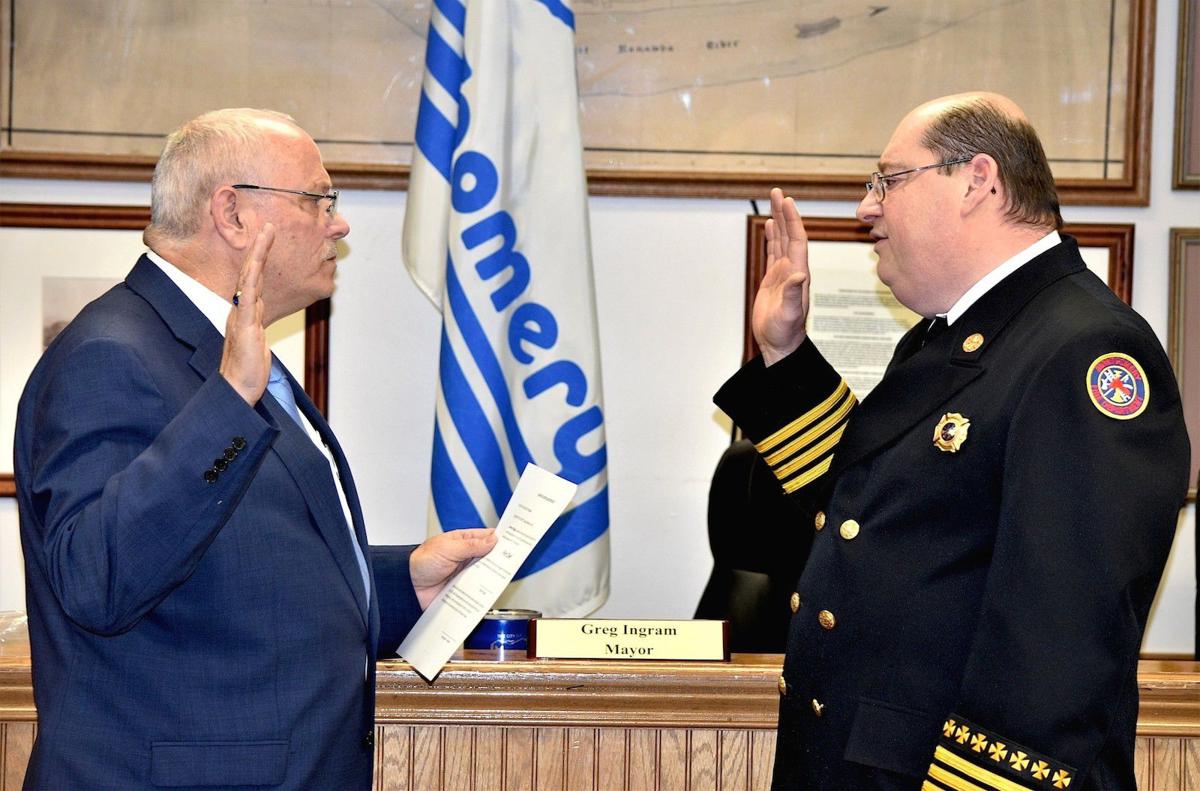 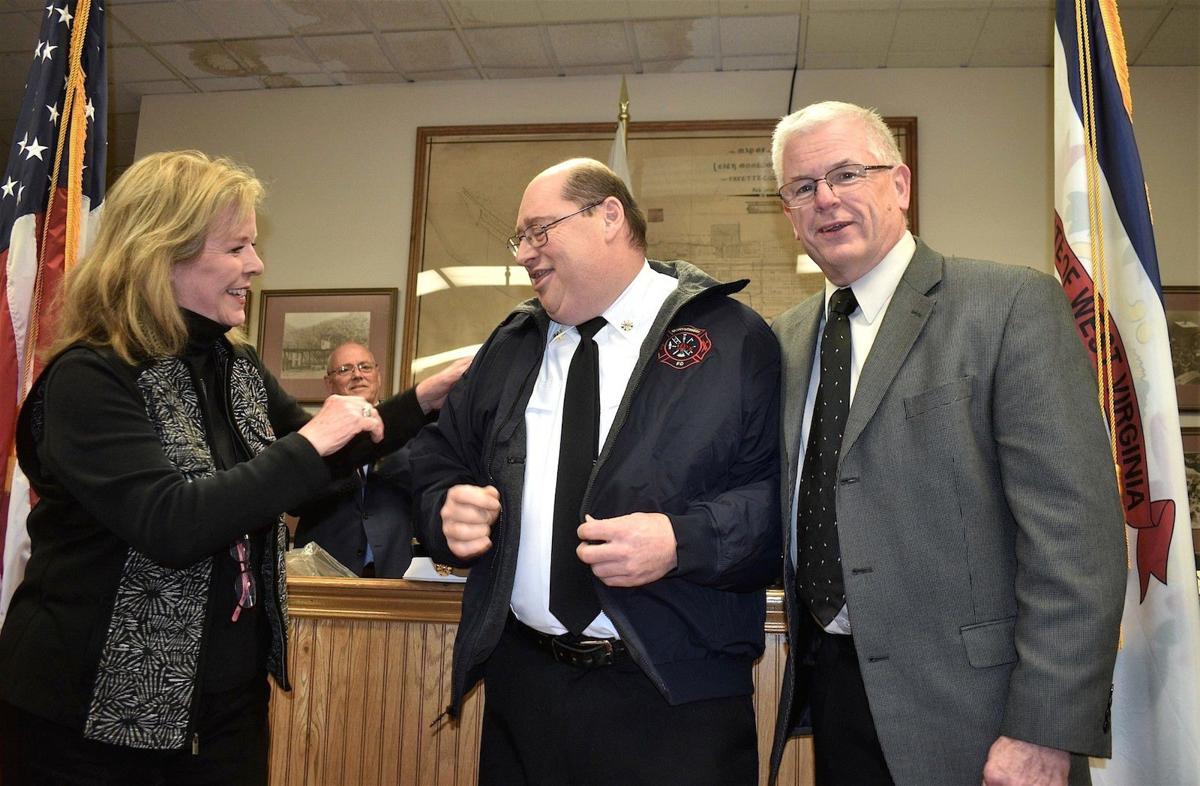 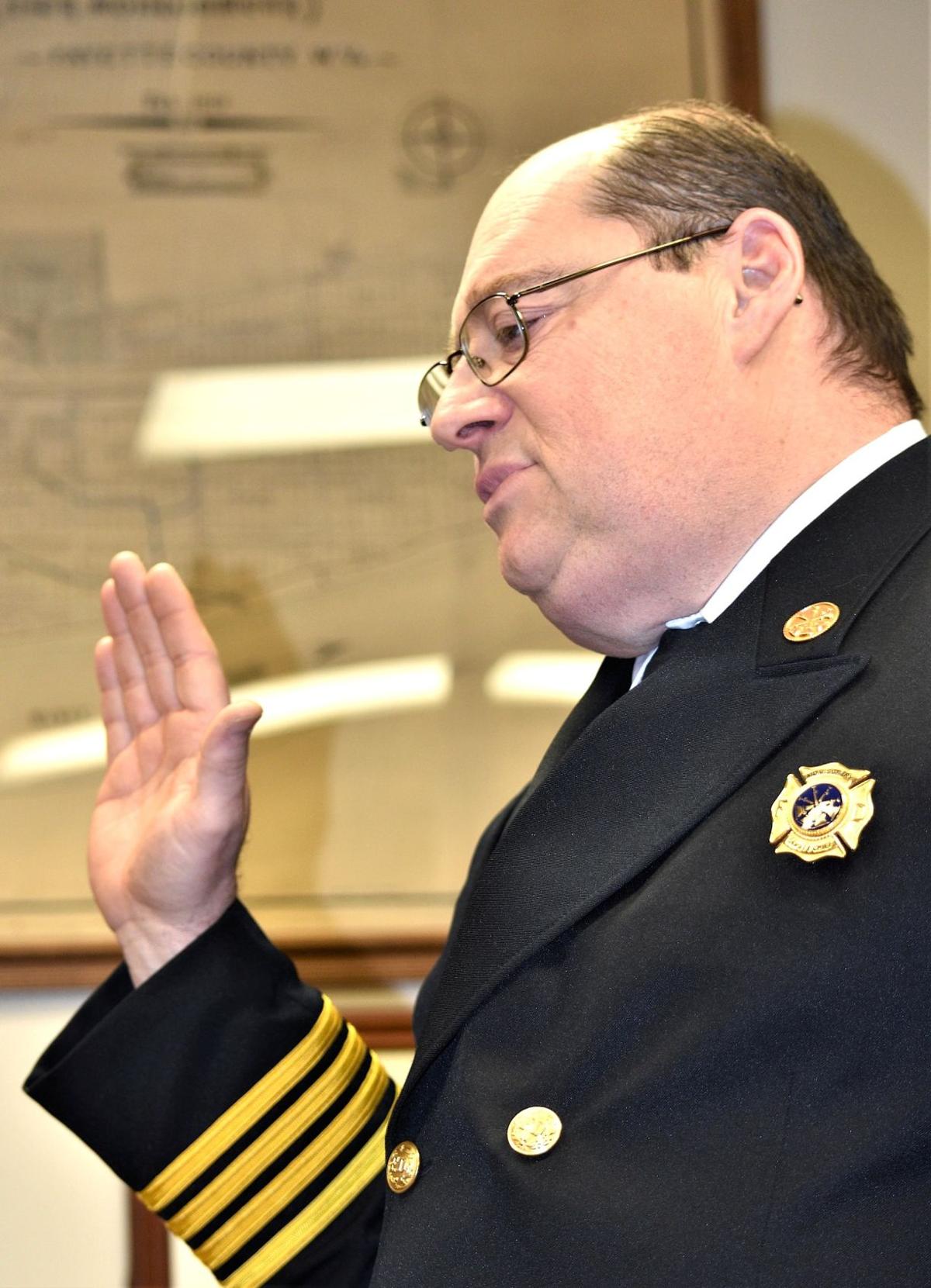 The veteran firefighter of more than four decades takes the oath of office as Montgomery's new fire chief. 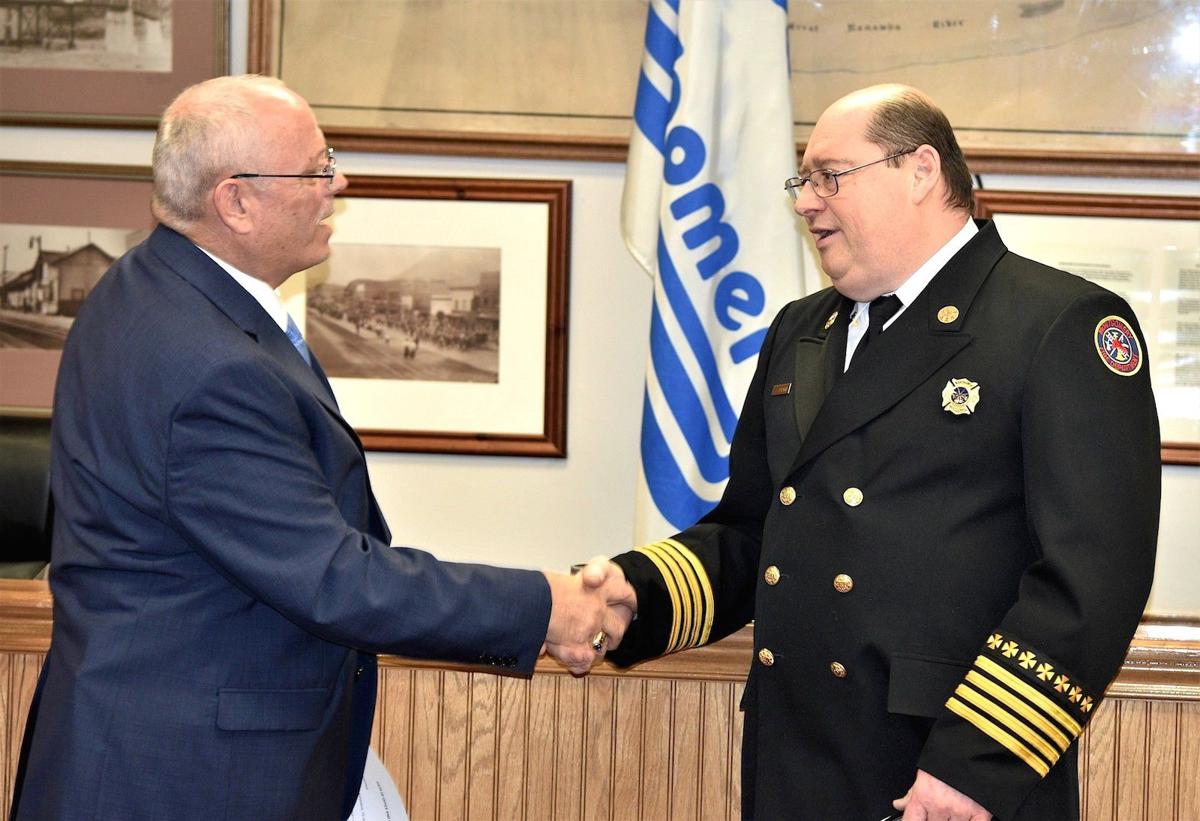 The veteran firefighter of more than four decades takes the oath of office as Montgomery's new fire chief.

Filiaggi, who has been involved in fire service for nearly 45 years, was sworn in by Mayor Greg Ingram as Montgomery's new fire chief during the monthly city council meeting.

"This is something I've actually wanted to do for a long time," Filiaggi said at his swearing-in ceremony. "I think a lot of you know that."

Thanking Kanawha and Fayette county fire department representatives and other supporters who were present, Filiaggi said, "I will do whatever I can to help this community, or continue to help. I've been doing it for a long time.

"Again, I appreciate everybody for being here. Thank you so much."

Filiaggi has been an assistant or deputy chief with the Montgomery Fire Department since 1993. Since 2012, he served as the deputy chief and as the department's lone full-time paid firefighter. He will continue as the only paid member of the department and will receive the financial stipend paid to the chief.

He says he's "very excited" to be making the move. It will give him the opportunity to branch out some, as well as to continue to participate in the department's emergency response runs, which he still does "every day."

Filiaggi will replace Brent Musick, who resigned after serving more than 10 years as chief as part of a fire career of more than four decades. Filiaggi says he wants to continue many of the improvements and programs Musick helped shepherd during his time at the helm.

"Brent was responsible for transitioning into tighter financial operations," Filiaggi said, as well as responding to "the need for increased safety procedures, whether driving a truck or fighting fires."

"As firefighters, we've had a lot of stuff that's happened after 9/11 that changed our outlook on how we do things," he said. "Mainly the goals are to continue to work on firefighter safety, and trying to work on recruitment and retention. Brent started that during his tenure and it's something we want to continue."

The Montgomery department has 23 active volunteer members. Of that total, about eight are "real active," he said. "The younger guys are obviously going to be the more active guys. Obviously when we have larger incidents, we get the rest of the guys to come out. But, some of the older guys (have) more responsibilities with families and jobs and kids in sports ... that slows them down, and that's understandable.

"I always say that if you join an organization, you should try to give as much to 100 percent of the activity you can, but you still have to take care of your family."

Filiaggi says he would like to expand the roster to 30. "We have a new group of kids today ... that don't have 'the want' ", he said. "When I was growing up, I couldn't wait to ride on the fire truck, but I didn't have one of these (indicating his current cell phone)." One way to attempt to motivate more to come on board is "trying to incorporate new technology."

The members of the department meet weekly, and training sessions are conducted "at least once, maybe even twice a month." The MFD, considered a combination department, utilizes two engines, a ladder truck, a rescue unit and a utility truck.

Among the biggest changes Filiaggi has seen during his time in the fire service has been the emphasis on better firefighting equipment. "The biggest change I have seen is the safety environment. (There is) more technical equipment, trucks are safer, we wear air packs more than we used to," said Filiaggi. "The entire safety environment has changed."

Filiaggi is thrilled to maintain his involvement with the Montgomery department, which got its start in March 1908. "Our department has a long line of history of great people, a lot of people that have went on and furthered their careers in fire service," he said. One of those individuals was Matt Jackson, who began his fire service career in 1955 in Montgomery and eventually retired as a captain with the Charleston Fire Department. In 1981, Jackson was chosen as the International Society of Fire Service Instructors' Instructor of the Year. He died in 2016.

Montgomery has sent firefighters to departments such as Charleston, Dunbar, South Charleston and Beckley, according to Filiaggi. "There's a lot of pride in our department. And, even in pretty trying times, Montgomery has been able to maintain at least one paid member (at one time, during the Comprehensive Employment and Training Act days, there were as many as eight paid members, he said). A lot of communities don't have that." He thanked the city for that.

The department currently has "pretty good coverage" during early evening hours, said Filiaggi, and, if the need arises, discussions could occur on the necessity of going back to 24-hour coverage. In addition to the paid position and efforts of volunteer firefighters, the department participates in a mutual aid agreement with other nearby departments.