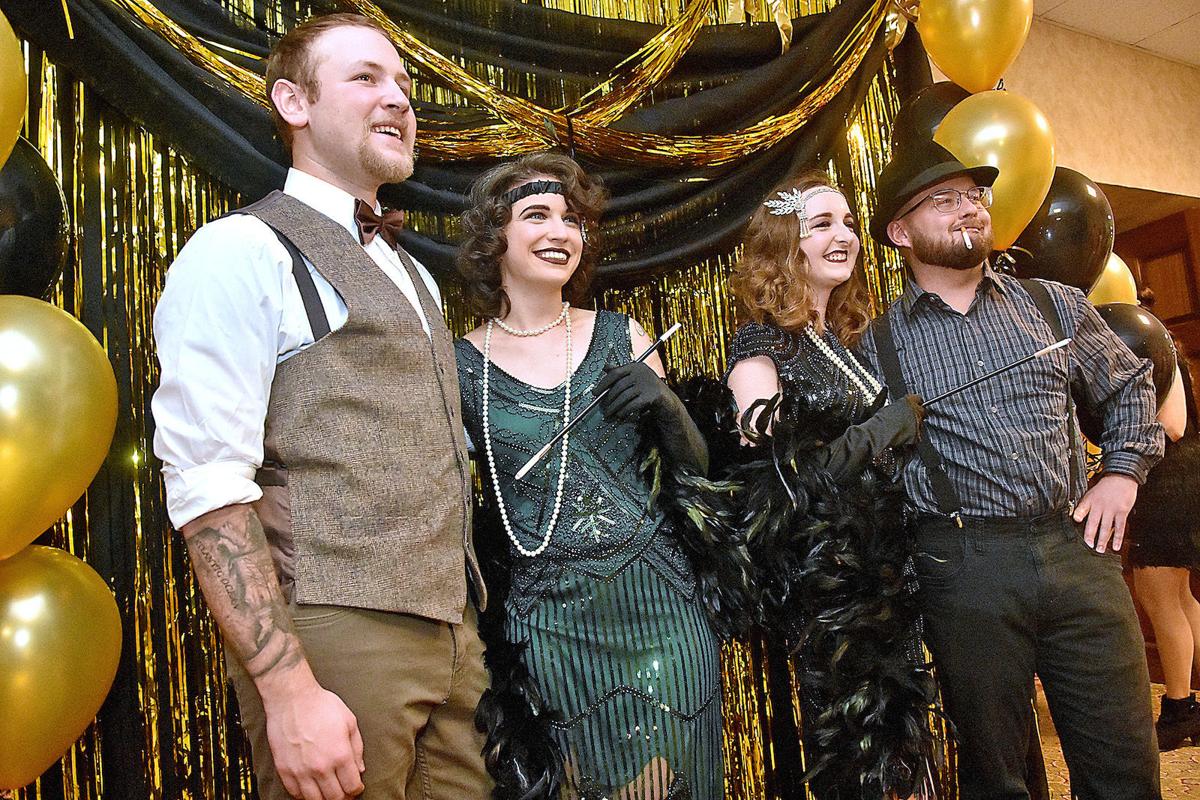 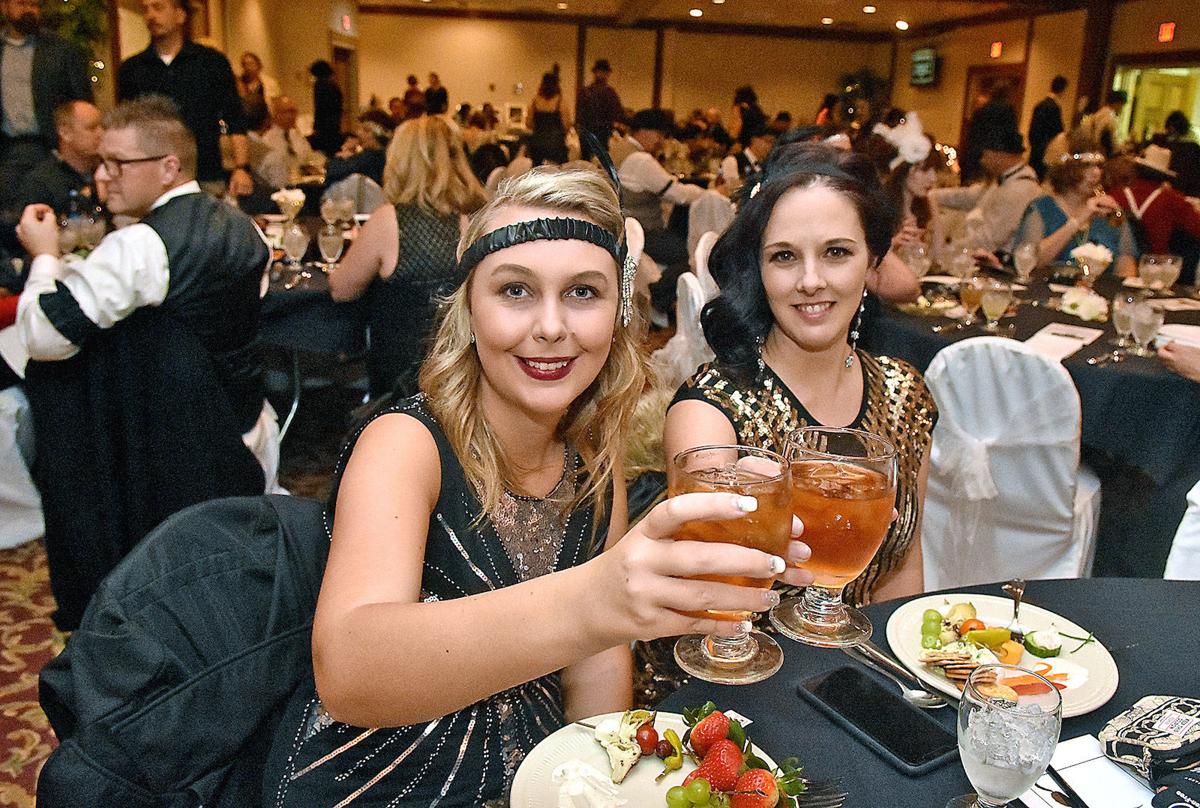 Jeri Landers, left, and Misty Barnett make a toast during the opening moments of the New River Humane Society Fur Ball, dubbed "The Great Catsby," at the Holiday Lodge in Oak Hill.

Jeri Landers, left, and Misty Barnett make a toast during the opening moments of the New River Humane Society Fur Ball, dubbed "The Great Catsby," at the Holiday Lodge in Oak Hill.

Saturday, Feb. 8 was for the dogs. And the cats, too. The Humane Society of Raleigh County (HSRC) and the New River Humane Society (NRHS) in Fayette County both hosted their annual Furball fundraisers, where members from both communities showed up to support the organizations.

HSRC had the theme “Feline Fine” and NRHS had a “Roaring Twenties” and “Great Catsby” theme. Both events brought out hundreds of community members, and both organizers conveyed that it was the perfect way to give back to those who always try to give back to them.

Debra Berry, the secretary for the HSRC’s Board of Directors, enjoyed her first year as the coordinator of the event, and despite Saturday night’s snowfall, she said Tamarack in Beckley had a full house.

“Our capacity for the event was 270 people, and we’ve sold 270 tickets,” Berry said. “We could not be more grateful for everyone that wanted to come out this evening.”

Each ticket for the HSRC’s Furball was $75, so the organization raised $20,250 in entry fees alone, all to go toward helping the animals at the shelter, Berry said.

In recent months, the HSRC hosted a fundraising campaign to save the shelter. Needing $80,000, it raised $100,000. Berry said the organization has been extremely blessed with those funds, and much of it has already gone to vet bills for “sick babies” who have come into the shelter recently.

“We’ve already had to spend thousands of dollars on them in just January alone,” she explained. “So tonight we want to keep the ball rolling and continue to raise some money so that money will be there if and when we need it.”

The Furball was a way for patrons to give to the community, but Berry hopes contributions continue to help the HSRC to achieve its ultimate goal — opening up a vet clinic in the next couple of years.

“That’s really part of our overall goal, and we hope tonight will contribute to that,” she said. “We really want our community to know how much we love and appreciate them. They’ve been good to us.”

NRHS’s Furball offered up a fun night as well, as those who attended stuck with the “Roaring Twenties” theme and sported flapper dresses, feathered headbands, bow ties, beads and sequins. Kathy Gerencer, NRHS’s Board president, dressed in a black sequined dress herself, said like HSRC’s Furball, the event was a way to give back to the community and push for support in the upcoming year.

“This is really a night about celebrating our achievements for the prior year, but also really pushing for a lot of support in the coming year, to get us kickstarted off with operational costs and such,” Gerencer said.

NRHS’s event Saturday included a catered buffet, silent and live auctions, and several raffles. One of the most popular activities of the night was the “Catsby Bail Bond” where folks were able to “bail out” an animal or get their “tails out of jail,” where they could sponsor an animal for adoption or sponsor them for a spay/neuter trip, vaccinations or transport costs.

“We could have easily sold more if the building capacity would have been able to take it on, but we’re very thankful for those who chose to attend and continue to bring awareness to our community,” Gerencer said.

The NRHS offers several resources for pet owners in the area, whether it be a low-cost spay/neuter program for pets in Fayette County, rehoming animals that are sick and or who have owners who, for one reason or another, can no longer take care of them, or allowing residents to add to their family by adopting a new pet.

“We have a lot of great animals that are looking for great homes, and everyone that attended tonight helps those animals find those homes.”