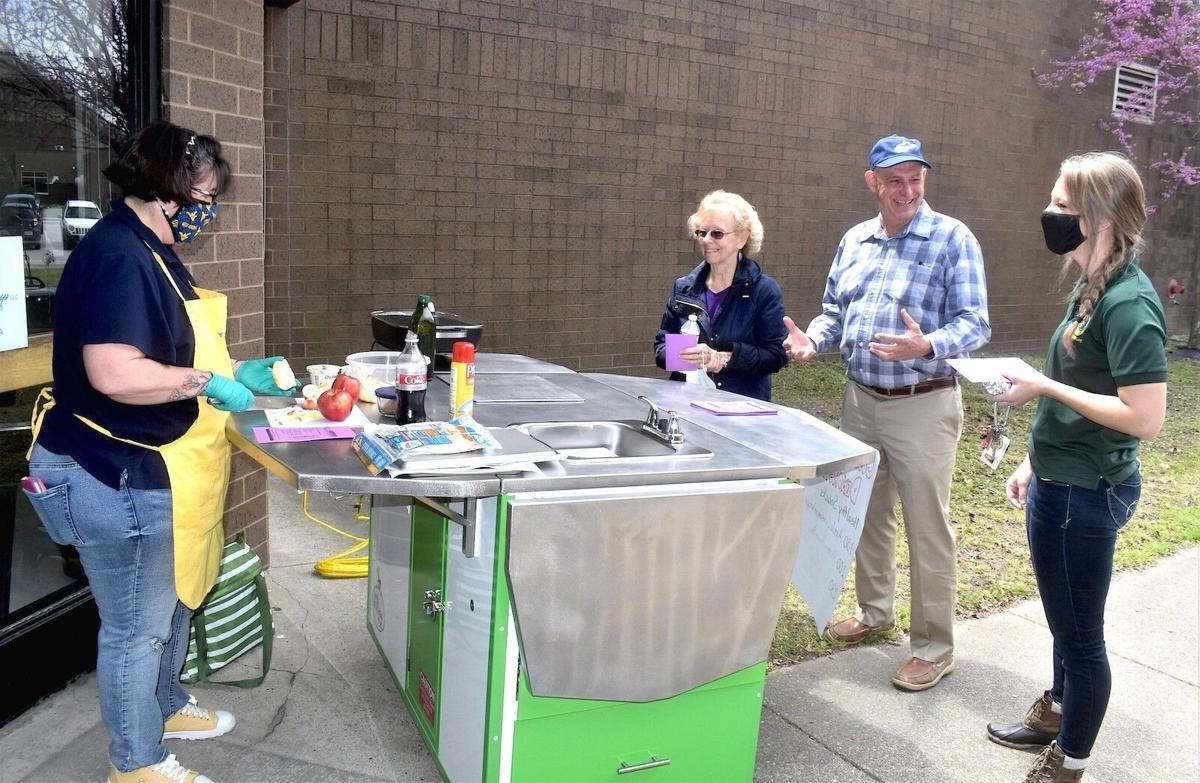 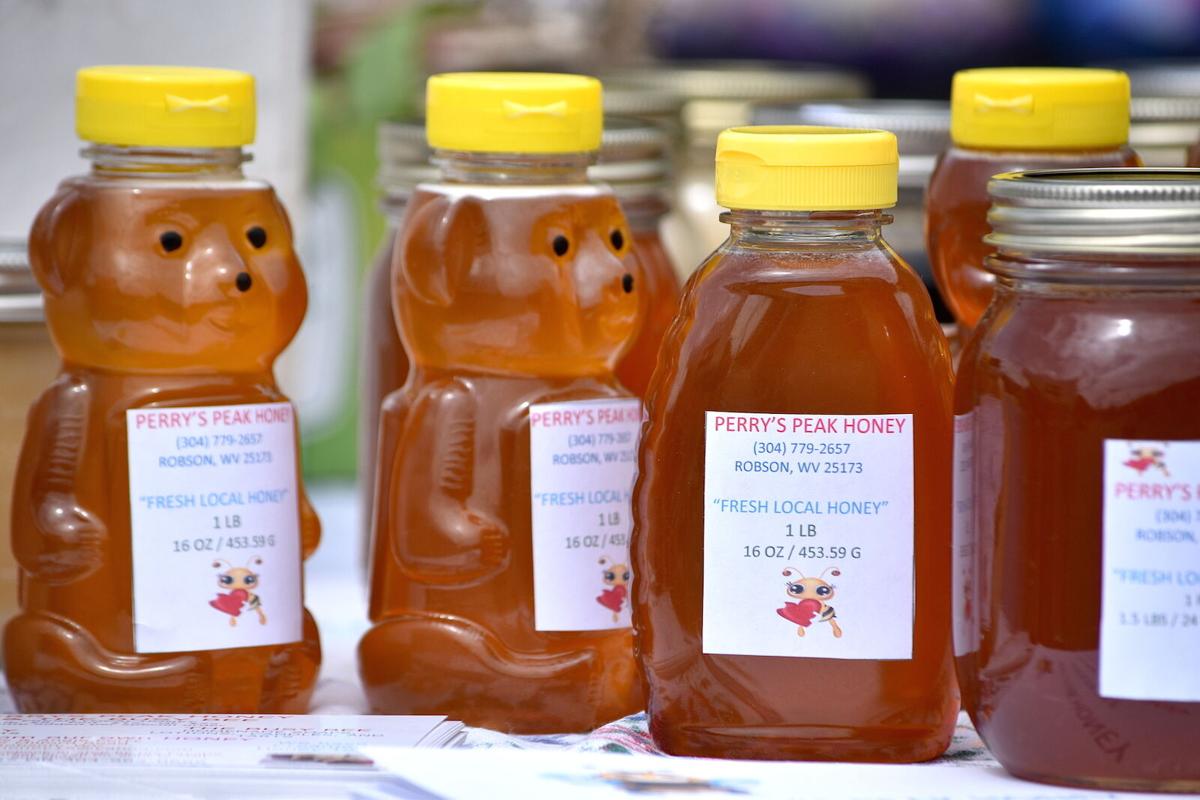 Perry's Peak Honey and The Busy Bee, of Robson, were among the vendors participating Saturday at the Gateway Farmers Market. 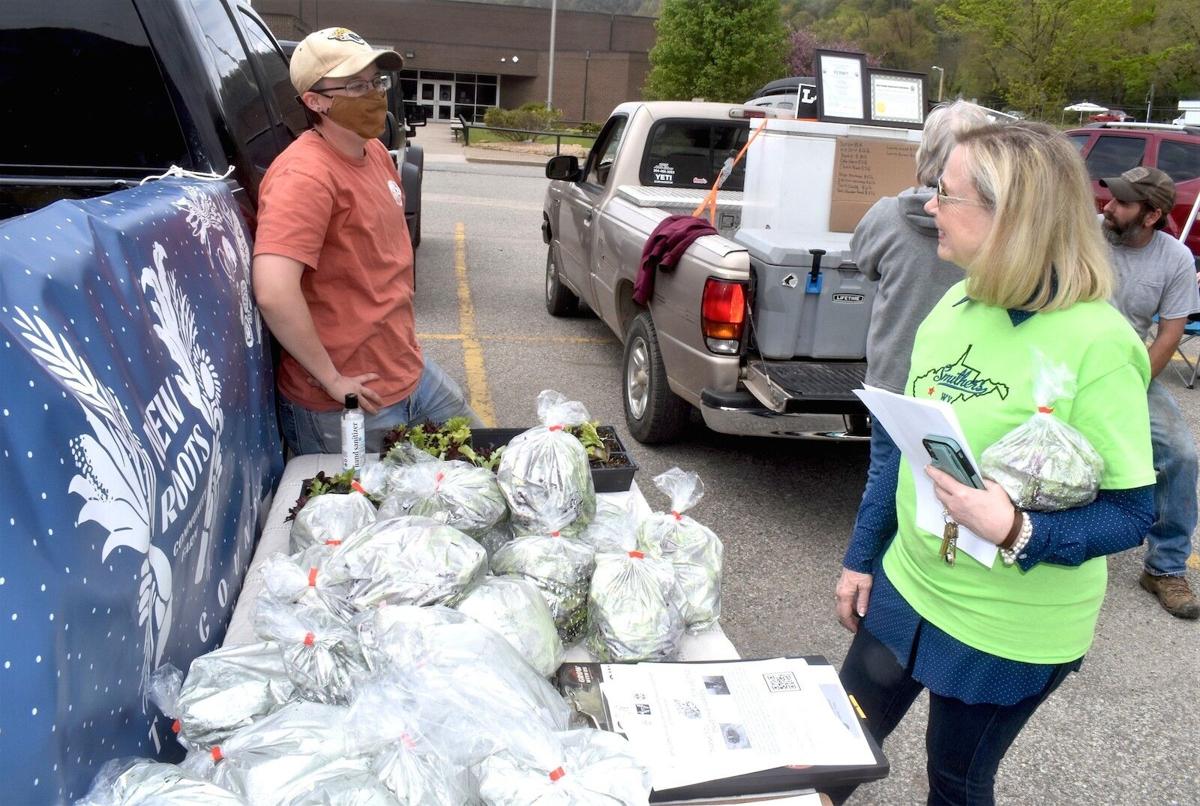 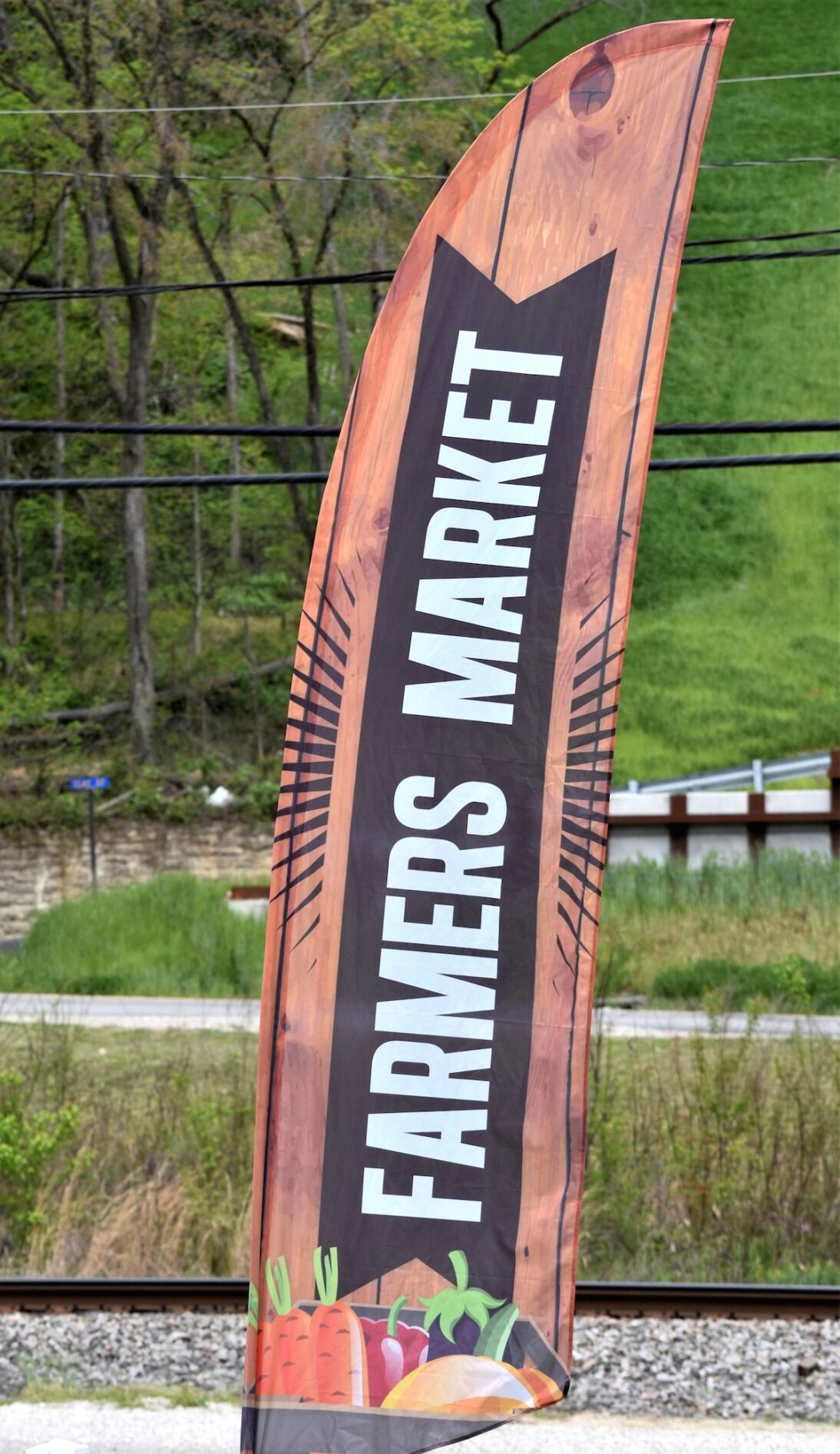 From May to October, the Gateway Farmers Market will be held on the first Friday of each month from 3 to 7 p.m., and every other Friday will feature pop-up markets in Smithers.

Perry's Peak Honey and The Busy Bee, of Robson, were among the vendors participating Saturday at the Gateway Farmers Market.

From May to October, the Gateway Farmers Market will be held on the first Friday of each month from 3 to 7 p.m., and every other Friday will feature pop-up markets in Smithers.

SMITHERS — The state's top agriculture leader stopped by to get a glance at a new farmers market here on Saturday.

An open house for the Gateway Farmers Market was staged on Saturday, April 17, and West Virginia Commissioner of Agriculture Kent Leonhardt and his wife, Shirley, visited and took part in the day's activities.

Smithers Mayor Dr. Anne Cavalier said farmers markets were staged in the city twice at the end of last summer "just to kind of get started and maybe learn a few things."

Saturday's open house was free to vendors so they could see what is in store for the remainder of the year. From May to October, a farmers market will be held on the first Friday of each month from 3 to 7 p.m. at the Gateway Center, and every other Friday will feature pop-up markets. "Anybody that wants to come and set up on the other Fridays is welcome to do so," said Cavalier. "I think we have a great location for it."

The farmers market is made possible through a Cultivate WV minigrant obtained by the Fayette County WVU Extension office. A minigrant was also obtained for a separate project on the Gateway Center site that features grow boxes and supplies. The project has been organized and built by WVU Extension agent Noel Mitchell, with assistance from Merinda Stricklen of KEYS 4 HealthyKids, Ashley Amos of the West Virginia Department of Agriculture, and PA students from the University of Charleston.

"My goal for the farmers market is to decrease food insecurity and help people take advantage of the SNAP stretch program, which doubles or even triples SNAP dollars," said Mitchell, the WVU Extension health educator for Fayette County. "The fact that it will also be a boost to the local economy, be a starting point for small businesses, and promote community spirit are all additional benefits of the market.

"My goal for the garden is also to decrease food insecurity. I will also be offering direct education to students at Valley PreK-8 and Starting Points day care. Education for the elementary students is centered around nutrition and gardening, while the preschool curriculum is designed to get young children to eat more fruits and vegetables."

"Some of the garden boxes will be set aside for the direct education classes and the senior center, but there are additional boxes that community members can sign up to use," said Mitchell. "Ideally there would be enough interest in the community to justify building more beds in the future."

Farmers markets are an important part of society these days, said Mitchell.

"The pandemic has increased the public's interest in gardening to unprecedented levels," she said. "It has also brought a spotlight onto food insecurities, if not increased them.

"Gardening is good exercise, and the number of overweight and/or obese children is higher in Fayette County than in other parts of the state. Then there is the fact that the virus is still lingering, and the CDC has recommended outdoor learning."

Mitchell called Smithers "an ideal location for me to focus my work efforts on, thanks mostly to the openness and willingness of the mayor to do anything she can to improve the quality of life for her citizens."

West Virginia-grown products being available for the state's citizens is a positive, said Kent Leonhardt. "No. 1, it's good health for the citizen themselves, because it's fresh. The closer food (from the source where it's grown to consumption) is, the safer it is and generally the healthier it is.

"And also the consumer gets to know the farmer; know your farmer, know your food."

Such operations also are a boost to the economy, Leonhardt said. "And it's also healthy for the economy because those dollars stay here in West Virginia. It's not imported food. The dollars aren't leaving (the state).

"And with the new techniques we're using, such as the high tunnels which are conservation practices, growing food in West Virginia is now good for the environment. The farmers aren't the bad guys like they used to be portrayed."

The commissioner said he likes to visit farmers markets when possible. "I like to come out, and my wife (Shirley) sometimes comes with me, to these events to show our support from the Department of Agriculture for the effort the communities are putting in to put these things together."

As the world continues to be affected by the Covid-19 pandemic, Leonhardt praises farmers in the Mountain State for their response beginning in the early stages of the pandemic last year.

"All our industries kept open. We kept all our meat processing going. In fact, we were able to hire more meat inspectors so we could put more meat on the shelves."

The commissioner said his office staff have been very responsive, as well. "I've got to give a shout out to my employees at the Department of Ag. They did a tremendous job making sure West Virginians kept fed. We brought trade mitigation dollars in when they had tariffs going on with China. And President Trump bought a whole bunch of extra food to keep prices up for the farmers.

"We were able to get food out to the needy in West Virginia. I'm very proud of everybody that was involved."

Discussing the recently-concluded session of the West Virginia Legislature, Leonhardt said, "The past legislative session was very good for the Department of Agriculture. Our budget remained the same; the governor wanted a flat budget. We were able to do everything we needed to do.

"And we actually clarified some rules that are actually going to help the farmers markets to make it a little easier for them to do business."

The commissioner also took time to offer support for the work of farmers markets around the state.

"I want to put a plug in for the farmers markets," he said. "(People) say sometimes the food's more expensive. If you ask somebody, 'Have you ever bought a head of lettuce at a grocery store and it rotted before you got to eat it all?' Every hand goes up in the room. That's usually because it's two weeks old before it gets there.

"(With farmers markets) You're buying fresh from your farmer; that food's going to last longer in your refrigerator, and maybe you didn't pay too much.

"Go out and support your fellow and West Virginia farmers. Farmers markets are a great place to start."

The parent of a former student at Fayette County Starting Points donated a 10-foot-by-20-foot high tunnel for the plants being nurtured in the garden boxes, Cavalier said.

A mobile kitchen in use Saturday was donated by KEYS 4 HealthyKids through a grant, and both Merinda Stricklen and Noel Mitchell organized and offered cooking classes on site.

In addition to Smithers, among the other farmers market in Fayette County are one at Fayetteville in the courthouse parking lot every Saturday from 8 a.m. to 12:30 p.m. There is another in Oak Hill at the Rick Rutledge Pavilion next to the DHHR every Thursday from 2 to 6 p.m.

The New River Health Gateway Market Day will be held in Smithers on the first Friday of June, July and August from 3 to 6 p.m.

More information will follow in a future issue of The Montgomery Herald.