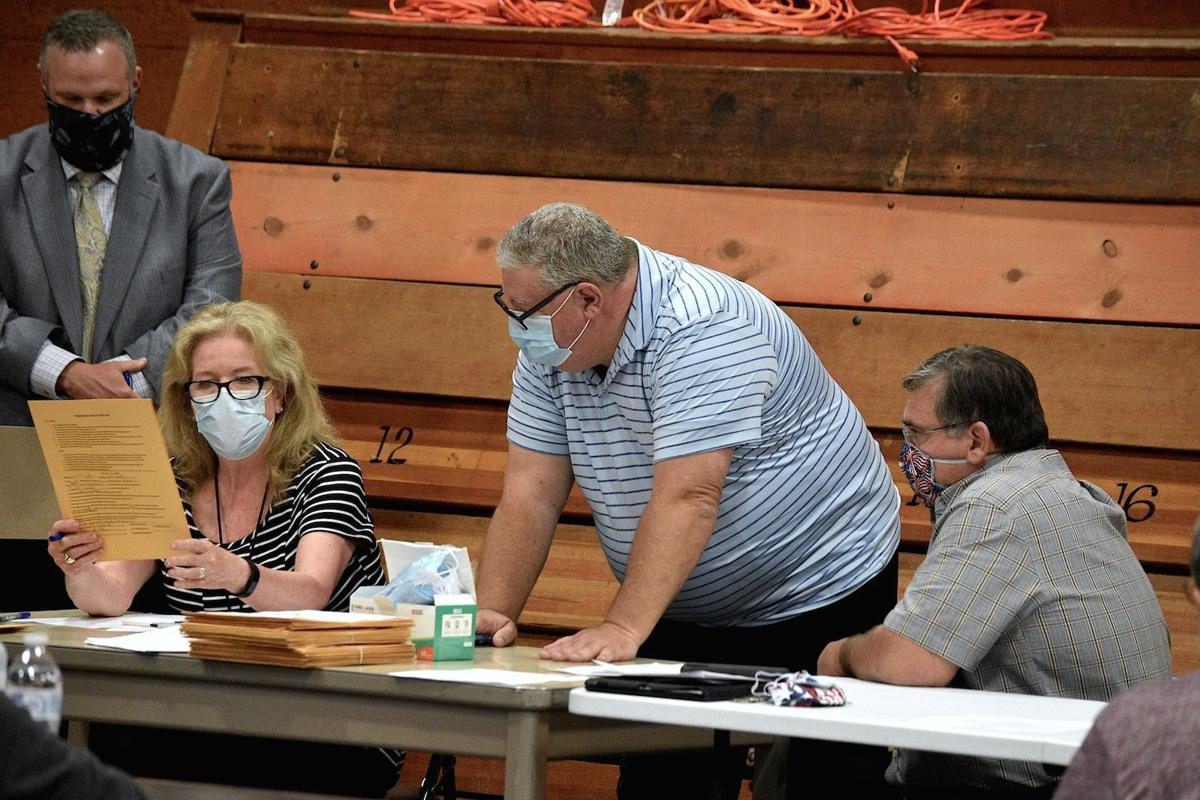 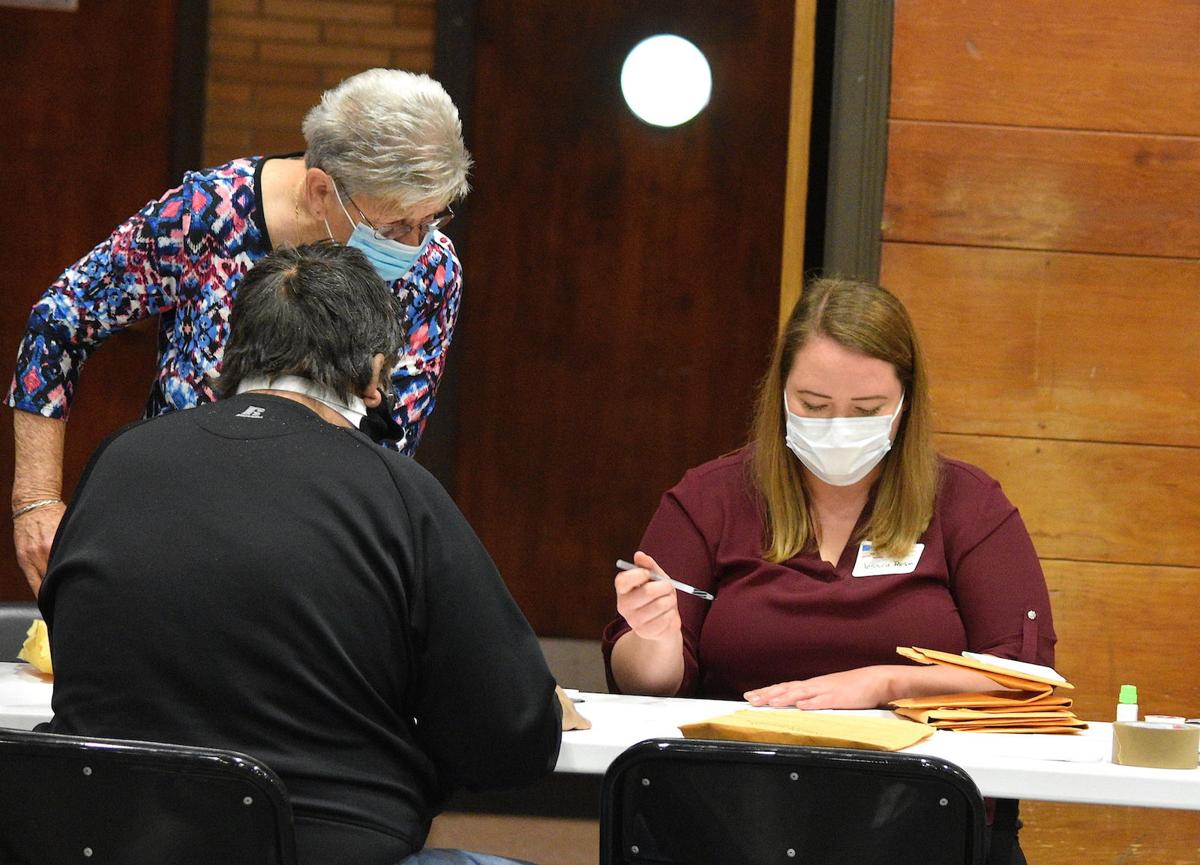 Poll worker Jessica Parsons, seated at right, participates in Monday’s vote canvass, along with Edna Wriston, standing, and John Schoolcraft, back to camera.

Poll worker Jessica Parsons, seated at right, participates in Monday’s vote canvass, along with Edna Wriston, standing, and John Schoolcraft, back to camera.

FAYETTEVILLE — After 437 absentee and provisional ballots were canvassed Monday, the positions of Fayette County's top vote-getters from the June 9 primary election didn't budge.

County commissioners and staff met for an all-day canvassing session at the Fayette County Soldiers and Sailors Memorial Building. Besides the additional ballots logged into the books, 19 ballots were voided because individuals who cast them weren't registered to vote.

In one of the more closely-contested races in the primary, challenger Michelle Holly owned a 138-vote lead (2,600 to 2,462) after Election Day over incumbent Alicia Thomas Treadway for the Democrat nomination for county clerk. On Monday, Holly picked up 176 votes to 163 for Thomas, leaving the final tally at 2,776 to 2,625. On the Republican side for county clerk, J. Brenemen was unopposed, garnering 2,832 votes after the canvass.

In the non-partisan board of education race, adjusted numbers included Cindy Whitlock (6,279), Steve Slockett (3,854) and Lou Jones (3,540). Whitlock and Slockett, the latter a current board member, will take their oaths of office at 8:30 a.m. on June 30.

The current Fayette assessor, Democrat Harvey (Eddie) Young, was unopposed and earned a final tally of 4,971 votes. No Republican ran in the primary.

Democrat Jack R. Booda, the county's surveyor, wound up with 4,625 votes after Monday. No Republican ran.

Scalph, the county commission president, said she was unaware of any legal challenges relating to the election or possible calls for recounts.

The commission will meet in the coming days to certify the votes and make the results official.