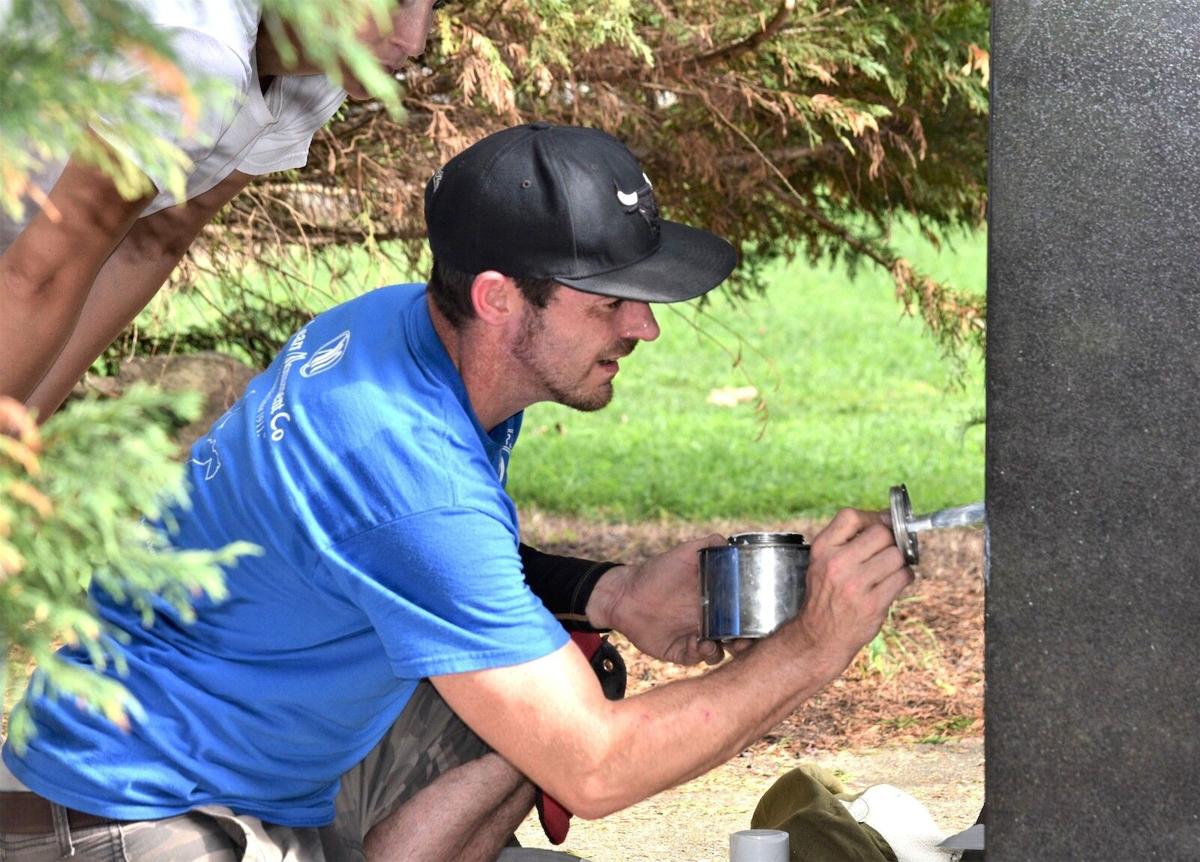 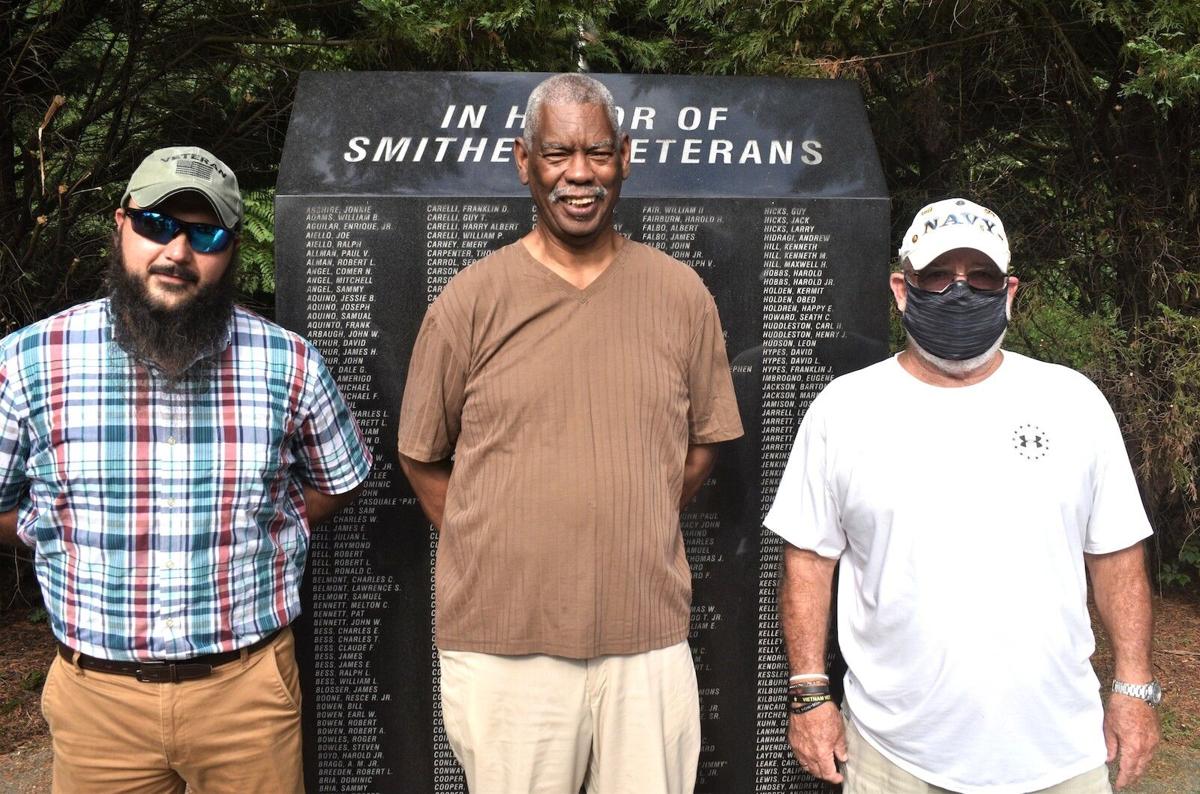 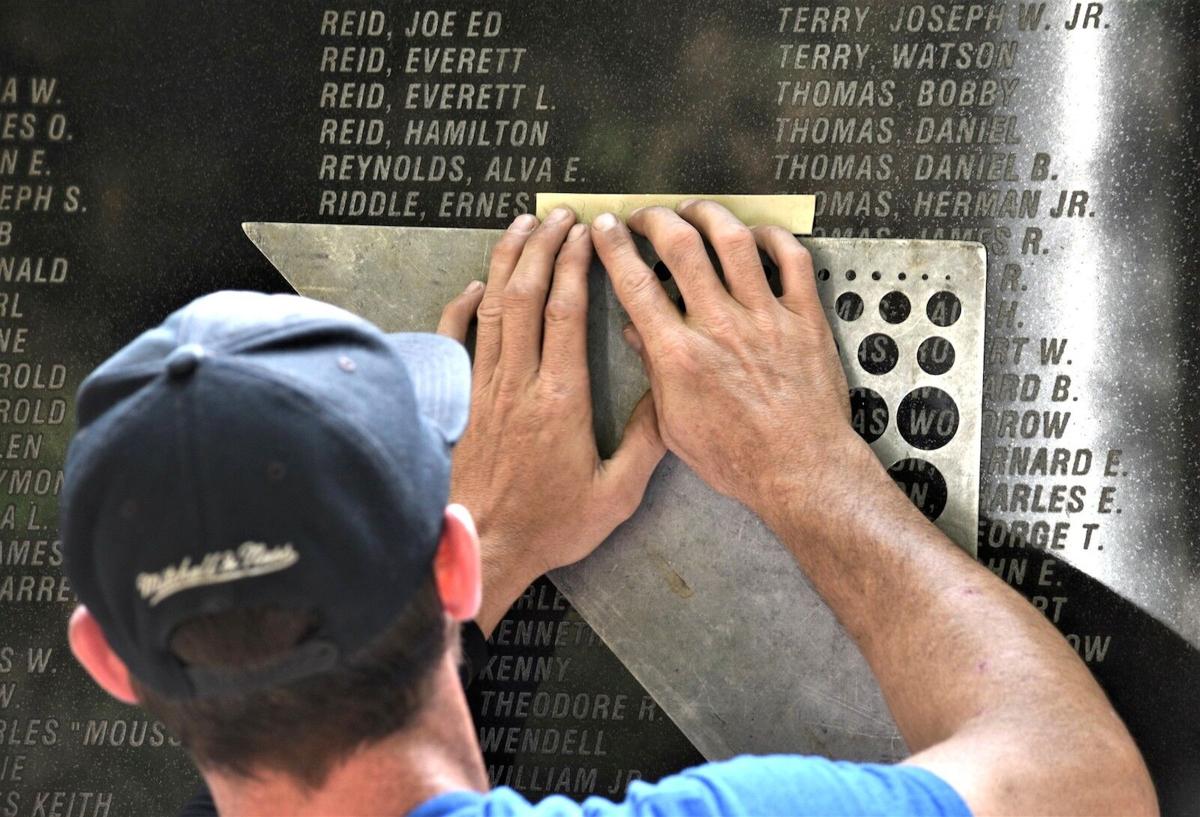 Baire measures for placement of an additional name to the Smithers War Memorial. 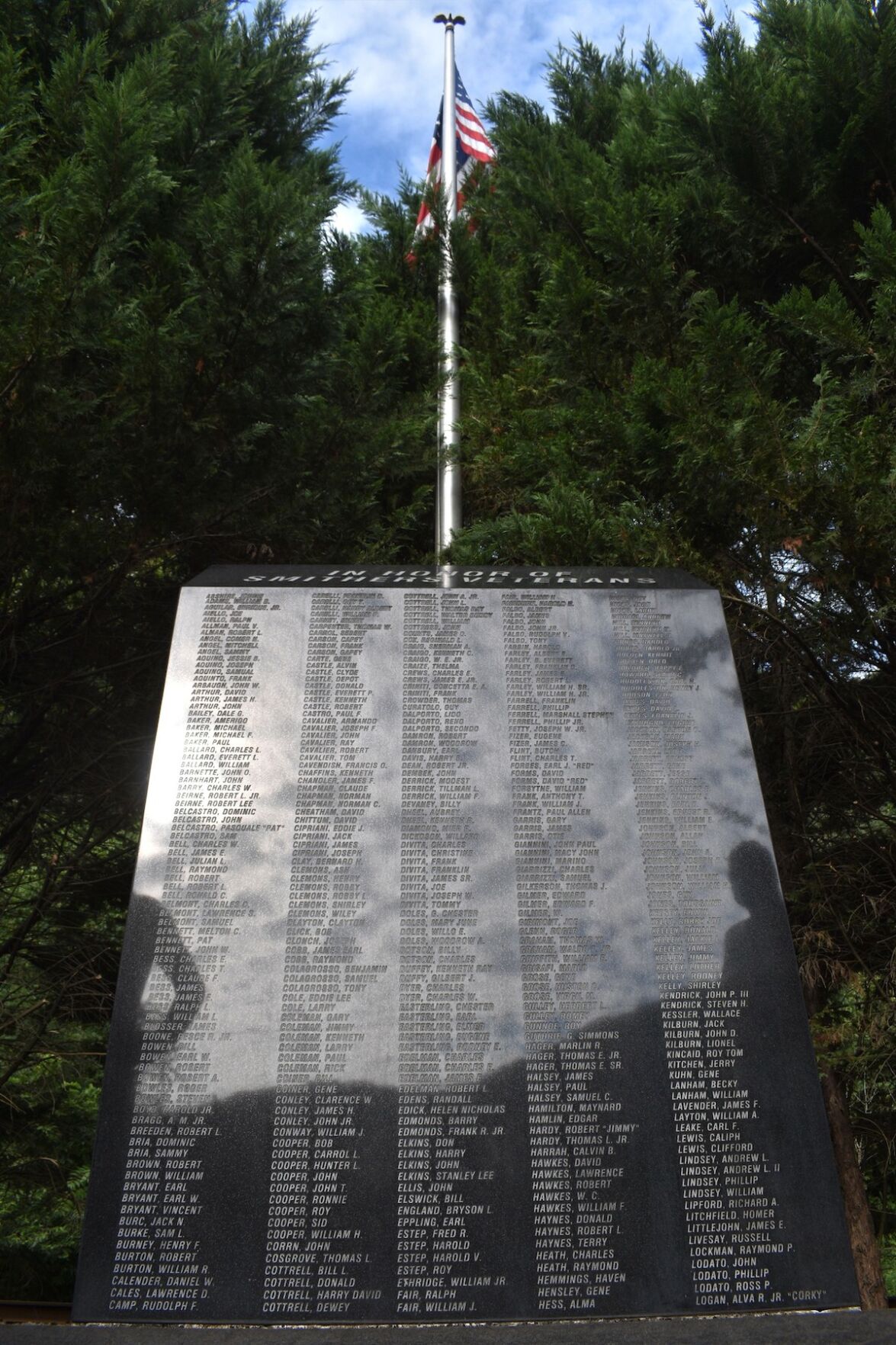 The Smithers War Memorial was originally unveiled in 2002. 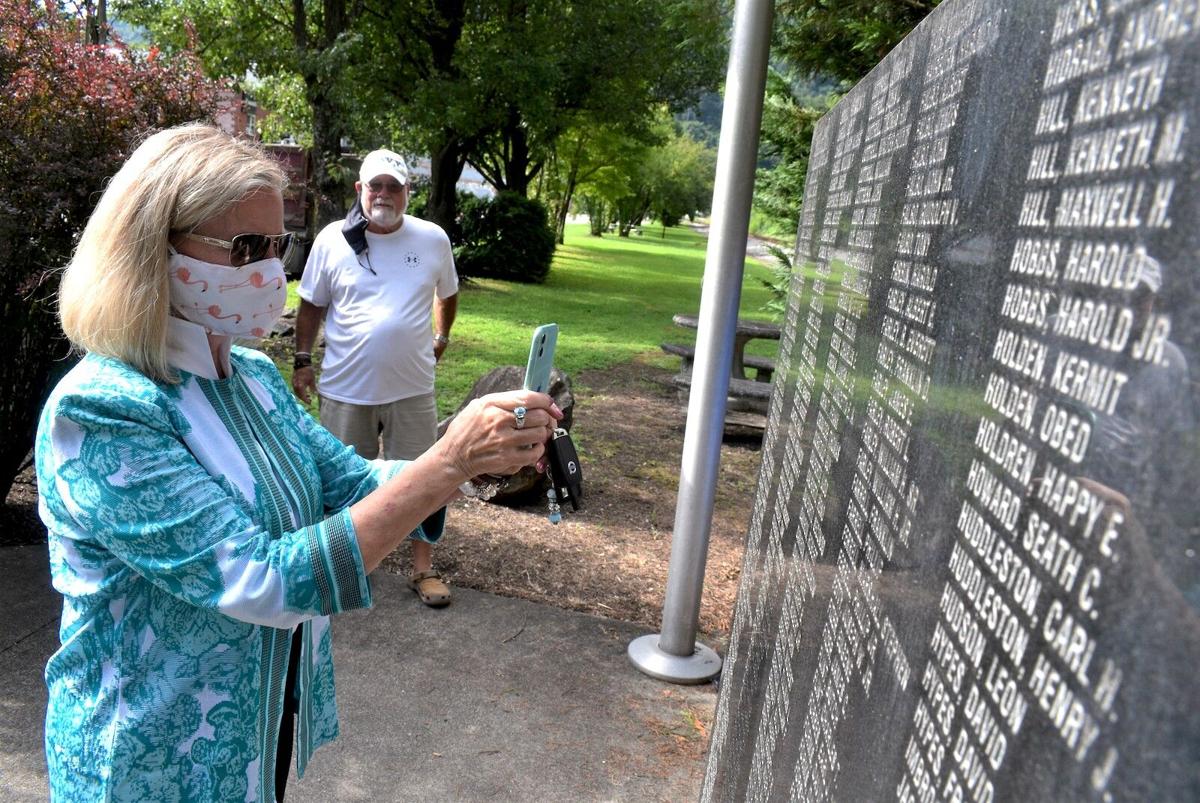 Mayor Anne Cavalier snaps a photo of names on the Smithers War Memorial.

Baire measures for placement of an additional name to the Smithers War Memorial.

The Smithers War Memorial was originally unveiled in 2002.

Mayor Anne Cavalier snaps a photo of names on the Smithers War Memorial.

SMITHERS — The city gave a nod to some of its veterans with new entries on the Smithers War Memorial earlier this month.

On Aug. 11, representatives from Sears Monument Company were at the memorial to engrave additional names on the monument across, which is located across from the Smithers Post Office. The memorial was originally unveiled in November 2002. Names of veterans both living and dead are placed on the monument.

"About 20 years ago, then-Mayor Eddie Long put the monument here in place along with all the residents," said current Smithers Mayor Dr. Anne Cavalier. "At the time, local families stepped forward (to have names put on the monument).

"You're always going to miss some (who were serving at the time, or weren't aware of the project)."

Sears Monument has been "very responsive" in working with the city to place 17 new additions to the monument, and more could be added in the future, said Cavalier. Interested individuals should call Sherry Foreman at city hall.

"Donations would be appreciated, but the city's not going to stop honoring those people who have kept democracy free," Cavalier said. "Every branch and every war (are represented).

"After today, there will be post-911 service people on there. It really is hallowed ground."

Including "six Cavaliers on there" and all the others who have served, she said, "You really have to appreciate all that they (all service men and women) did."

Veteran James Bowles, one of the new additions to the monument, was present during last week's work. Bowles, who grew up in the Longacre portion of Smithers but now lives in Kanawha County, said he was glad the city took the time to allow new names to be added.

Bowles, 35, who was honorably discharged in 2011 after serving seven and one-half years with the United States Air Force 445th Airlift Wing out of Wright-Patterson AFB, and the 130th Airlift Wing out of Charleston, said he was happy to join his uncles, Keith Walters and Roger Bowles, and a cousin, Steven Bowles, on the monument.

"It was very nice of the city to do that," said Bowles. "There's a lot of names on that wall that paved the way for my generation of veterans.

"Some of them gave it all, and I appreciate it."

Names that were added on Aug. 11 were: