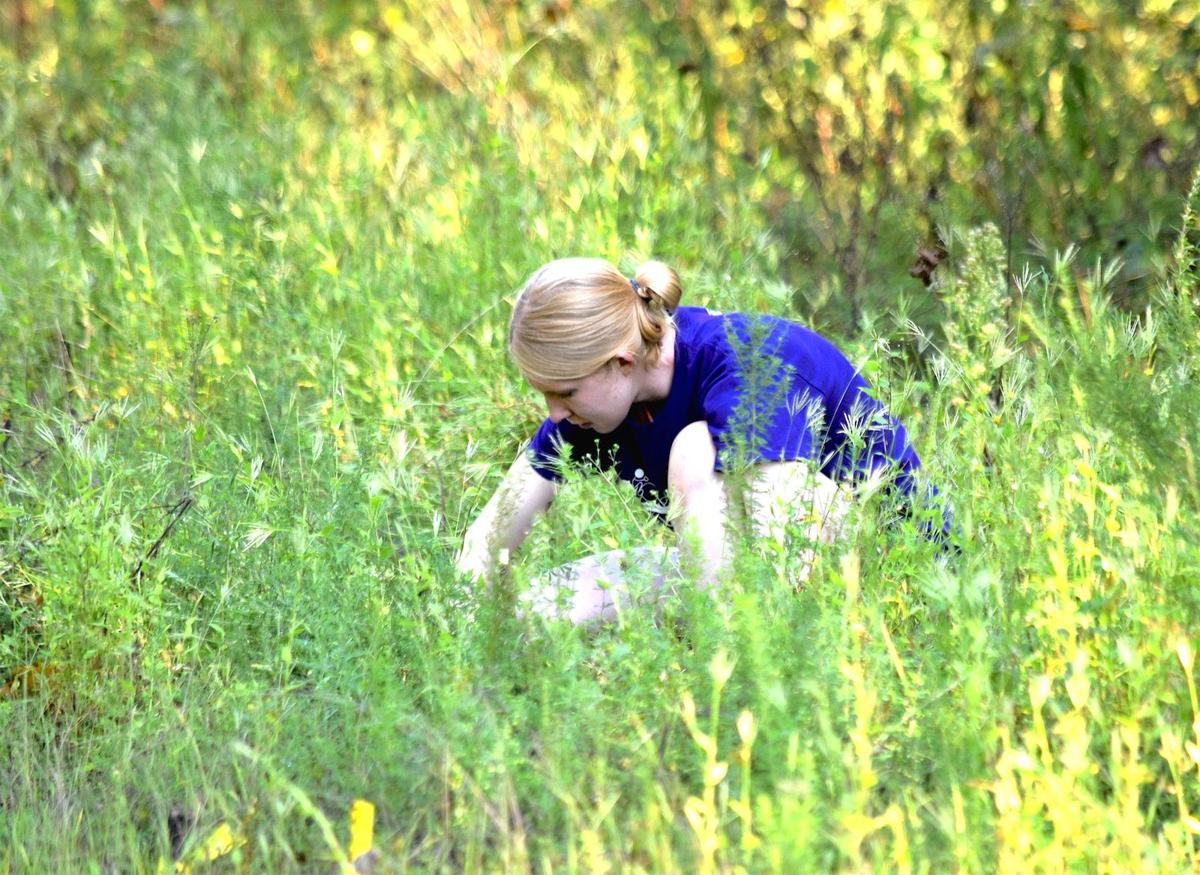 AmeriCorps volunteer India Krawczyk was among those participating in a 9/11 day of service last Wednesday in Montgomery under the auspices of the Morris Creek Watershed Association. 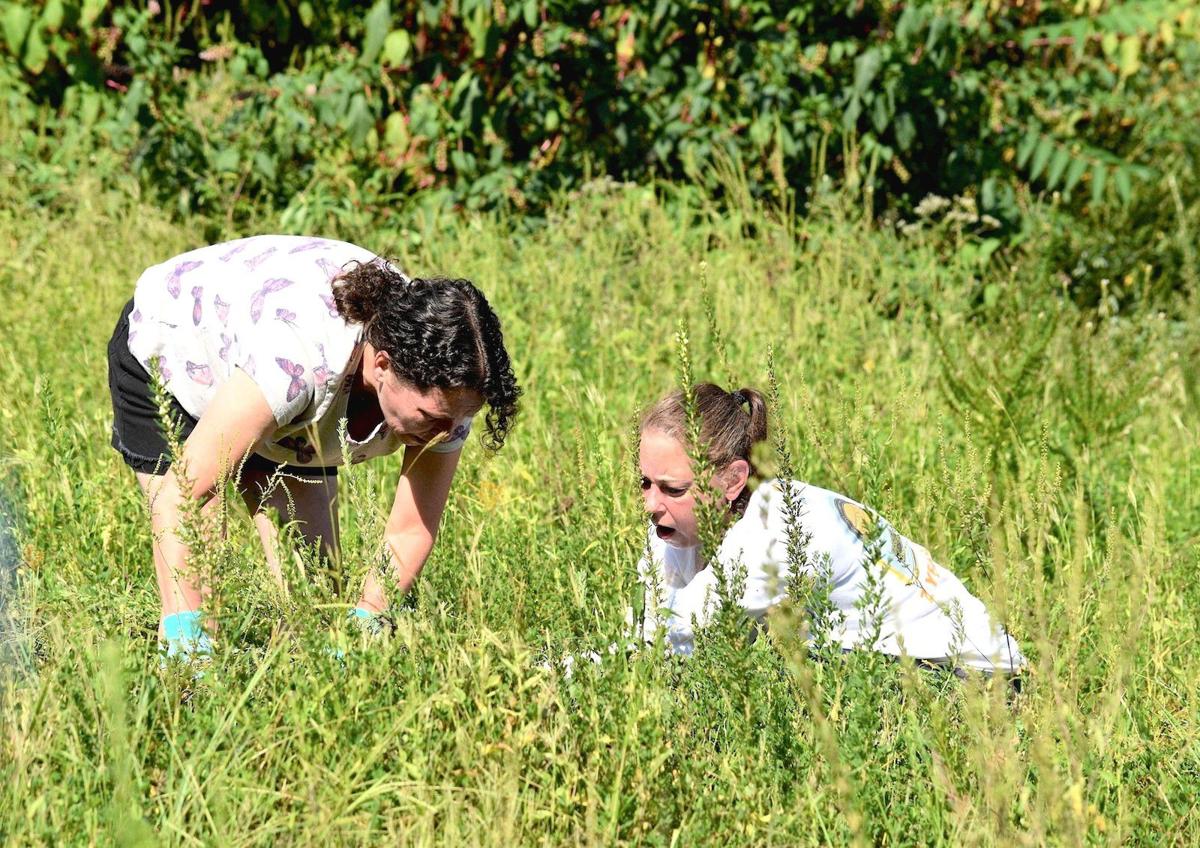 Monica John Cook, representing City National Bank of Montgomery, and Sharon Peredis, representing the USDA, were among those volunteering during the day of service. 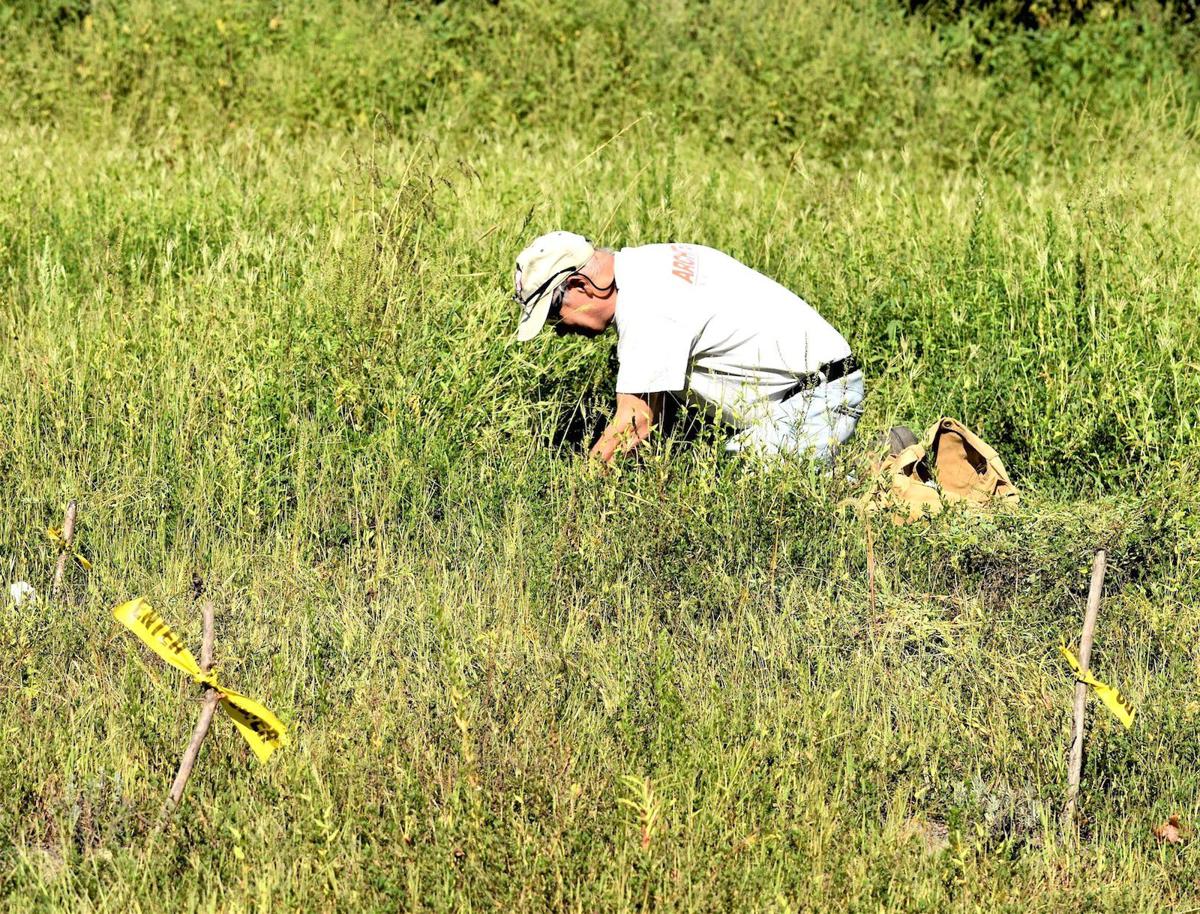 George John, a member of the Morris Creek Watershed Association board of directors, searches for lavender sprouts. 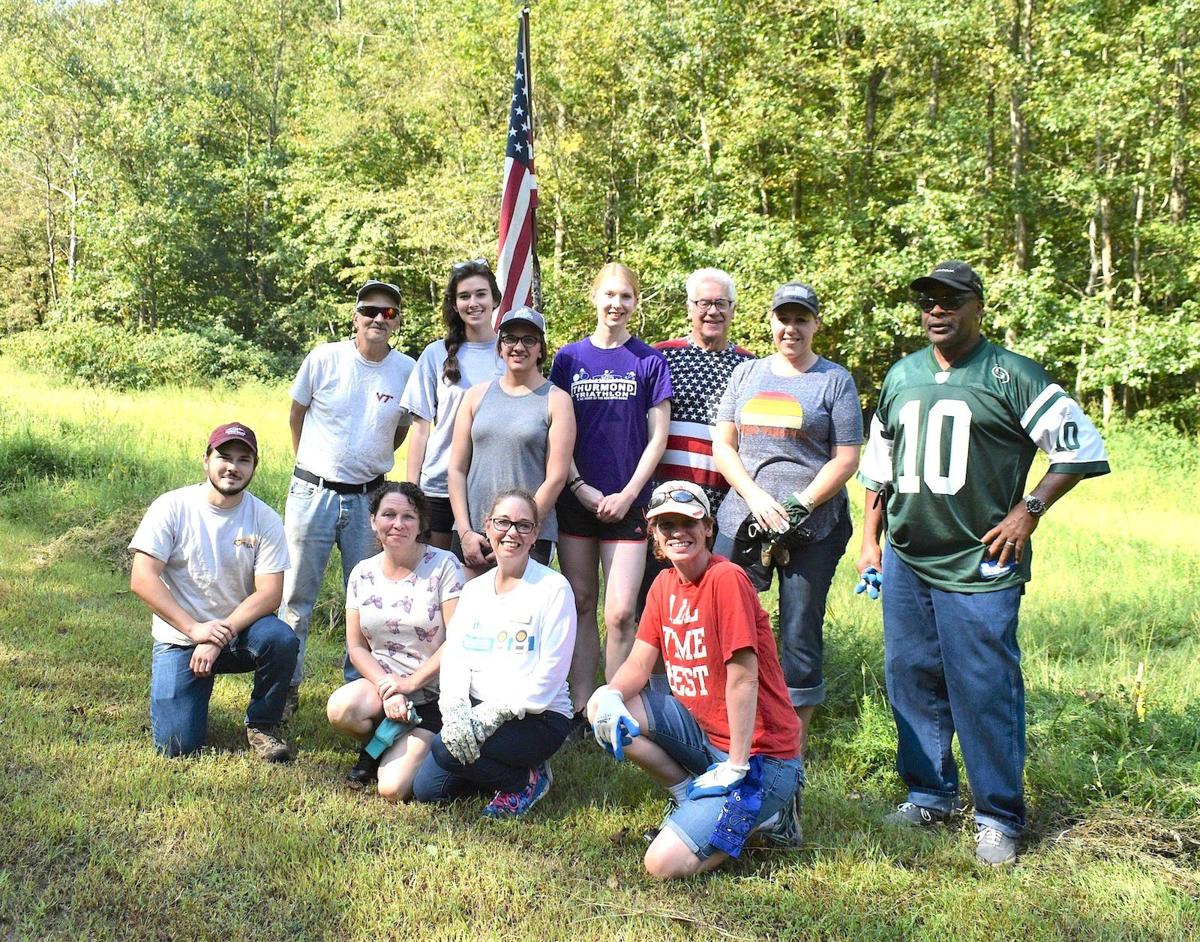 AmeriCorps volunteer India Krawczyk was among those participating in a 9/11 day of service last Wednesday in Montgomery under the auspices of the Morris Creek Watershed Association.

Monica John Cook, representing City National Bank of Montgomery, and Sharon Peredis, representing the USDA, were among those volunteering during the day of service.

George John, a member of the Morris Creek Watershed Association board of directors, searches for lavender sprouts.

The Morris Creek Watershed Association staged a 9/11 day of service up Morris Drive on Wednesday, Sept. 11.

One of the volunteers taking part, Reiley Clark, is too young to really remember the horrific events of the Sept. 11, 2001 terrorist attacks on the United States as they unfolded, but she's doing her part to help preserve the memories of that day years later.

Clark, 22, of Charleston, was among the AmeriCorps volunteers and members of the local community who participated in the day of service last Wednesday under the auspices of the Morris Creek Watershed Association. The AmeriCorps volunteers, representing various non-profit organizations from around the region, were recruited for the MSWA event by Christy Bailey, of the National Coal Heritage Area/Coal Heritage Trail, according to Beach Vickers, the watershed group's resource specialist. They volunteered community service outside of their regular support assignments to commemorate 9/11, Vickers said, and their project last week centered on weeding a lavender patch begun by the association last April.

Representing Legal Aid of West Virginia, Clark said she was glad to be part of the 9/11 day of service.

"I do think it's important in a patriotic way and just in a memory way that we value everything that took place that day in the sense of what it meant," she said. "We obviously have grown a lot and every year I think it's important that we do have days of service, a memorial day remembering every life that was lost, every life that was dedicated to help people, the first responders, the people that were obviously in the towers, the people that were on the planes, the people in the Pentagon.

"Those kinds of things should never be forgotten, and it's something that is never forgotten. It's kind of like Pearl Harbor; it's a day that will live in infamy. This is our day in infamy for the 21st century.

"It's (a) tragedy, but it's absolutely important that on days like today we do something to ... commemorate the people that also served to preserve America. America is a fantastic country and it's a great country, and it takes (effort) every year to remember and to dedicate towards the betterment of what America means on a global scale and a national scale."

Clark and the other volunteers and watershed board members spent several hours last Wednesday weeding the lavender garden and locating sprouts that are still living. Afterwards, the Montgomery Fire Department's Benny Filiaggi stopped by to water the plants to help them survive the recent dry stretch in the area.

Many of the 1,000 lavender seedlings volunteers planted on a reclaimed mining area last spring "blossomed and died off, but, as hoped, many of them are sending up new shoots and leaves now," Vickers said prior to the day of service. "We hope they will survive the winter as those kind of plants do, and come back larger next summer."

The eventual aim is that, in addition to attracting visitors to enjoy them, the lavender plants will yield oils to be extracted and sold as a demonstration farm crop for vacant West Virginia property. That could generate a revenue stream to help with future MCWA projects.

Information about the Morris Creek Watershed Association can be found on its Facebook page. Donations to the non-profit may be mailed to PO Box 927, Montgomery, WV 25136. For inquiries or to volunteer, email the association at mcwa@suddenlinkmail.com or call 304-442-4581.