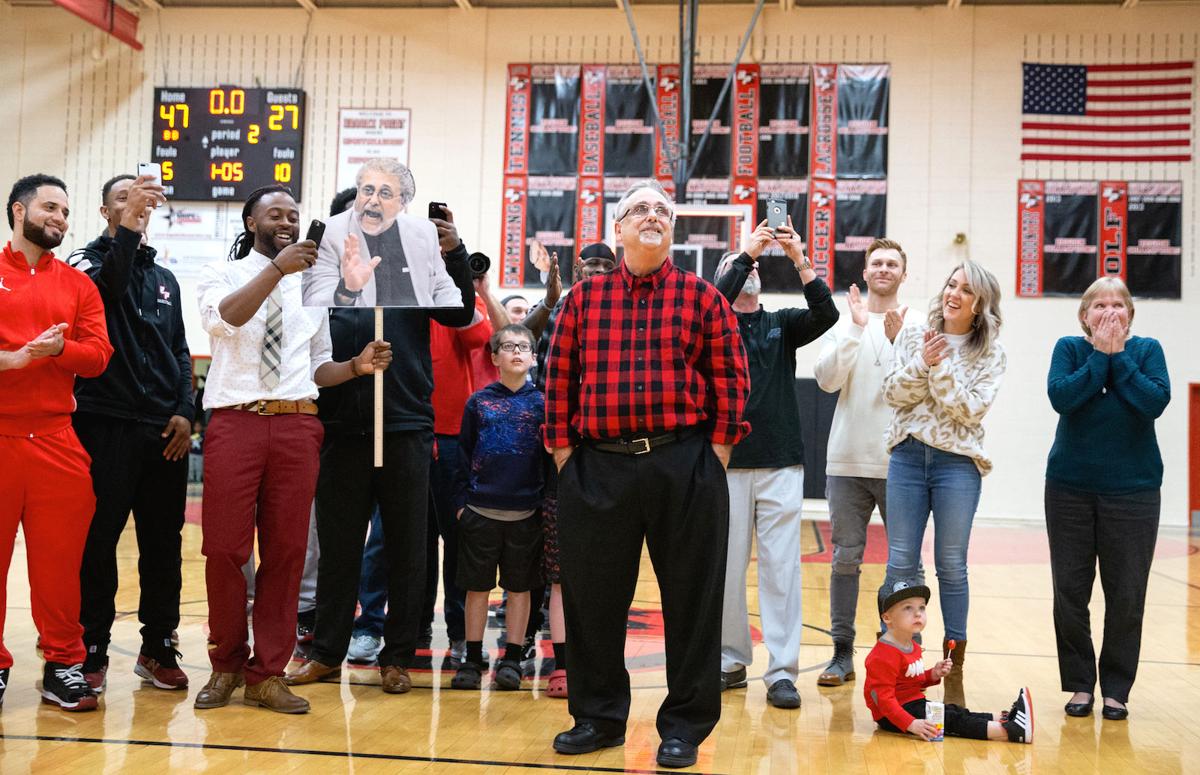 Joe Kania, foreground, was joined by family, friends and former players and coaching colleagues as Kania's Court was unveiled Friday in Stafford, Virginia. 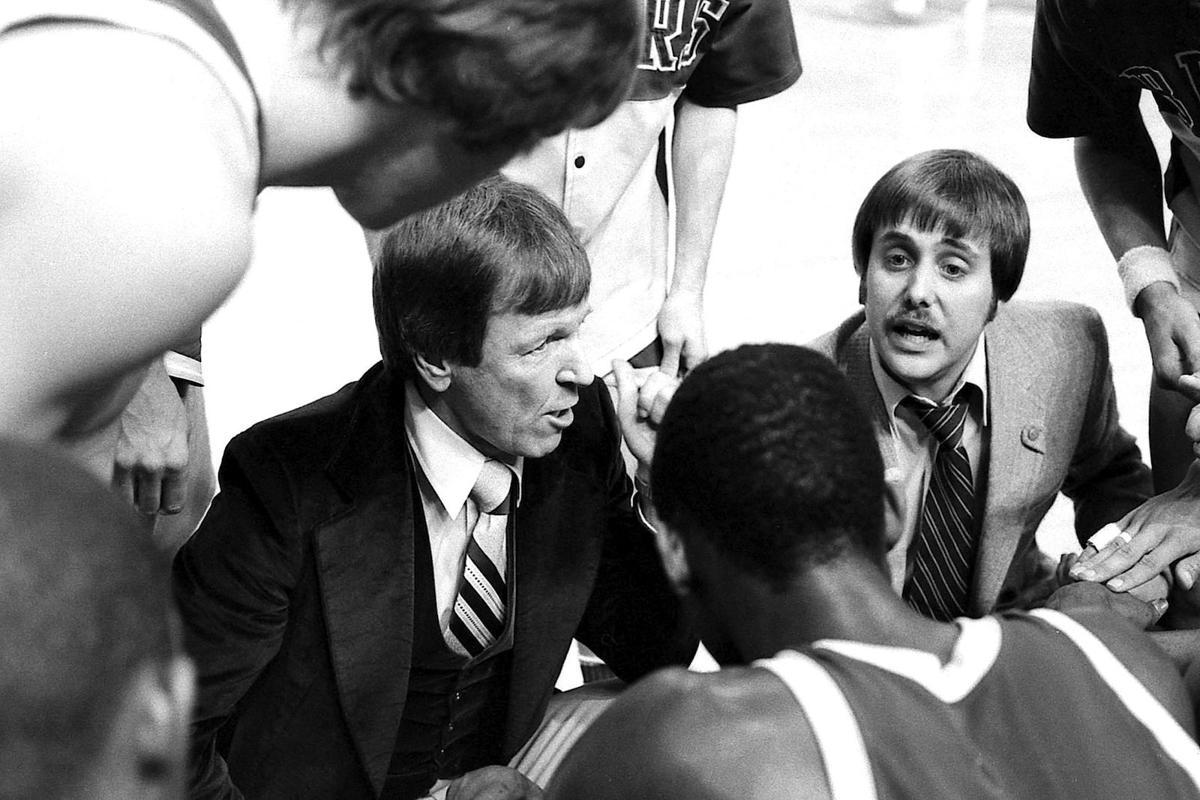 Joe Kania, right, and head coach Tom Sutherland are shown in a huddle with West Virginia Tech players during the early 1980s. 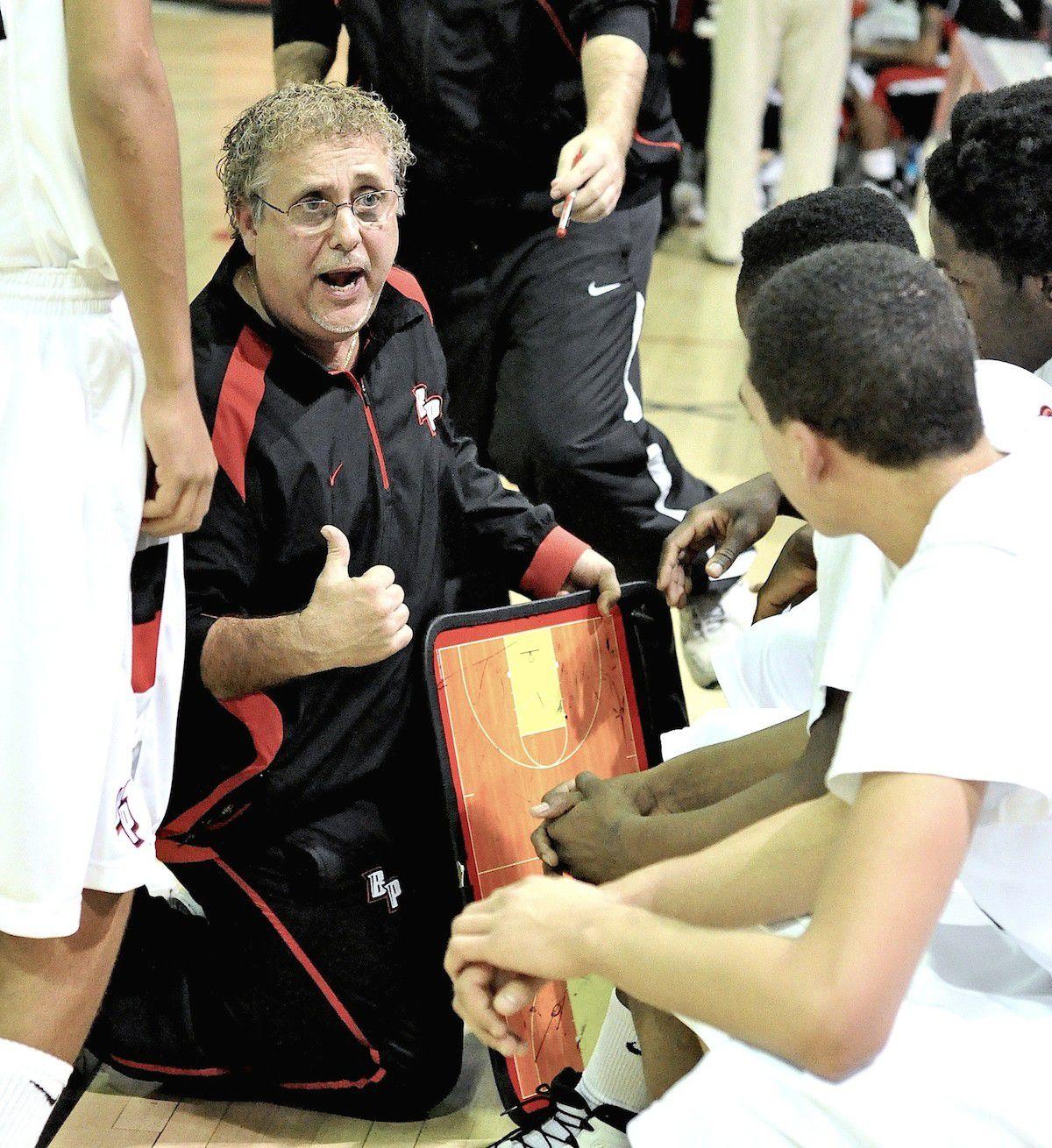 Joe Kania is photographed coaching Brooke Point when it played a game at Oak Hill High School several years ago. 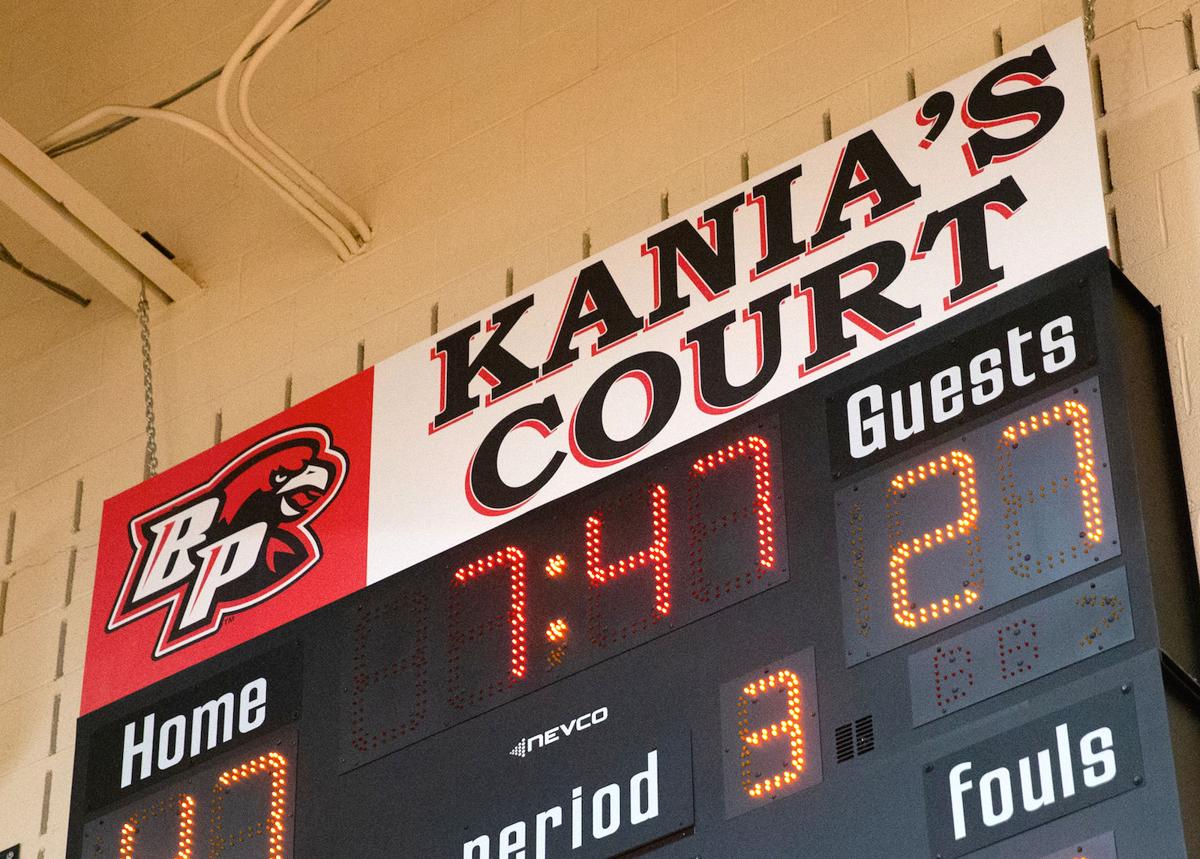 Joe Kania, foreground, was joined by family, friends and former players and coaching colleagues as Kania's Court was unveiled Friday in Stafford, Virginia.

Joe Kania, right, and head coach Tom Sutherland are shown in a huddle with West Virginia Tech players during the early 1980s.

Joe Kania is photographed coaching Brooke Point when it played a game at Oak Hill High School several years ago.

For nearly a quarter-century at Brooke Point (Va.) High School, Joe Kania helped mold the lives of young men and impart upon them some basketball knowledge in the process.

Now, the court on which he did that will forever bear his name.

During a special ceremony Friday, the basketball court at Brooke Point, in Stafford, Va., was christened Kania's Court in honor of the man who guided the Black-Hawks boys team from its infancy in the 1993-94 season to his retirement at the end of the 2015-16 campaign.

It is "hard to imagine" the honor, Kania said Monday. "It was a beautiful weekend" that featured "lots of family, lots of former players and lots of former coaches."

"It was a wonderful journey at Brooke Point," Kania said. "I had great support from the administration, and I had great players."

Calling himself one of the "nesters" who came onboard when the school got its start, Kania said it was "a good place to work."

"I had great kids overall," he continued. "They were good, hard-working kids.

"We had a great rapport. This means the world to me. Once a Black-Hawk, always a Black-Hawk."

Among the former coaching colleagues in attendance Friday was Tex Williams, who guided St. Albans High when Kania was the head coach at Charleston Catholic for two years in the early stages of his career.

Kania recalled the Irish, then still playing in the powerful Kanawha Valley Conference, taking some beatings. "We played a KVC schedule, and that first year we got beat pretty bad," he said.

Williams was always good to offer advice and "take the time" to give Kania a boost, he recalled.

The two later coached against each other when Kania was an assistant to Tom Sutherland at West Virginia Tech and Williams was coaching the University of Charleston.

At least one other former coaching foe was also on hand Friday. Steve Spicer, who coached both Montgomery/Valley and Midland Trail highs early in his career and retired in 2011 after 22 seasons at Brooke Point foe Stafford, was there to support Kania, his nephew.

Kania recalls defeating Spicer's team in the early going at Brooke Point. However, Spicer's charges turned the tables later in the season. "Uncle Steve ... showed me real quick who the real boss was," Kania said.

Kania retired as the Black-Hawks' coach after the 2015-16 season.

"The biggest thing with Joe Kania is how he loved the kids," Margheim told reporter Taft Coghill Jr. of The Free Lance-Star newspaper on Friday. “He'd literally give the shirt off his back to all these kids … He's just a good, good guy and you don’t find too many like that anymore."

"I don't know that there's more of an elite honor that a high school coach could possibly have," Kania told The Free Lance-Star. "Brooke Point meant everything to me. The kids meant more than everything to me. I just enjoyed being here. It's a pleasant surprise and it's something that really touched my heart."

Kania, who will turn 67 in less than two weeks, was a standout basketball player for Gauley Bridge High School, and he continued his playing career at West Virginia Tech. He helped lead the Travellers to the Class AA state high school basketball tournament in 1970 and 1971, with the latter season featuring a state runner-up finish to Northfork. Kania earned all-tournament honors both years.

Kania says his coaching career and what he tried to pass on to his players had their roots firmly in West Virginia. "Playing for Coach (Marshall) Webb (at Gauley) and Pete Phillips (at Tech)" as well as assisting Sutherland, were crucial to his career, he said. The "basketball preparation, the fundamentals, everything I learned in West Virginia" gave him a solid base, he said. "I truly treasure my years in West Virginia. You can take the boy out of West Virginia, but you can't take West Virginia out of the boy."