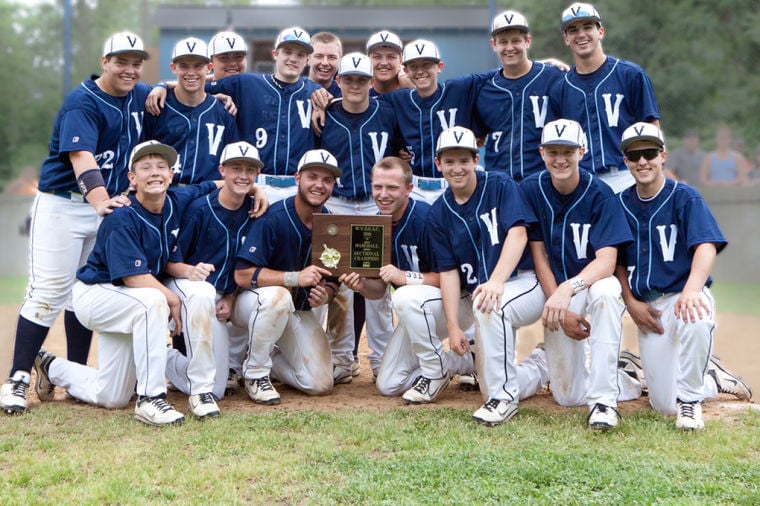 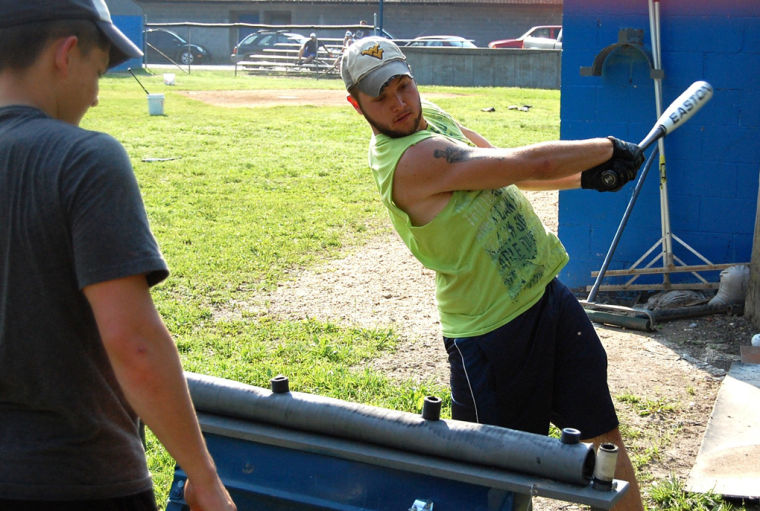 Tyler Sears takes a cut during a Memorial Day practice. 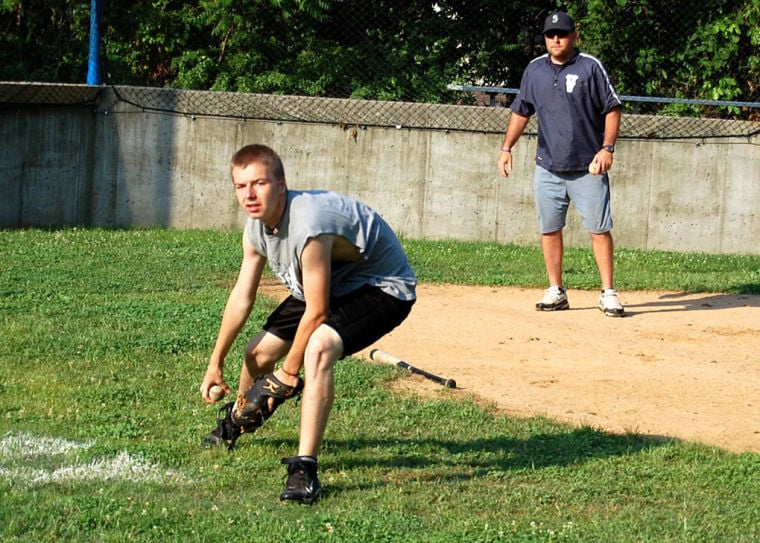 Craffey views practice from the dugout. 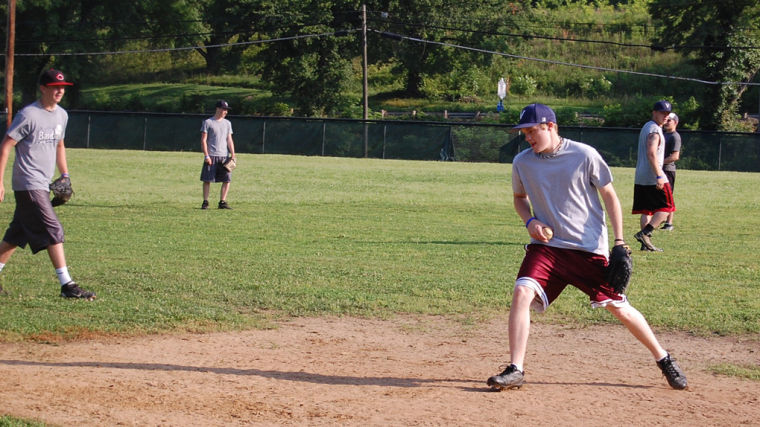 The ‘Hounds go through infield drills.

Tyler Sears takes a cut during a Memorial Day practice.

Craffey views practice from the dugout.

The ‘Hounds go through infield drills.

Joe Craffey is anxious to put an 11-year wait behind him.

“Let’s just play,” Craffey said Monday as his Valley Greyhounds (24-7) made final preparations to face Wheeling Central (16-6-1) in a Class A state baseball tournament semifinal at 4:30 p.m. on Thursday at Appalachian Power Park in Charleston.

Valley last played in the state tournament in 2000, when it fell to Buffalo in the first round.

“These kids have played a lot of pressure-packed games (many as members of Senior and Junior League teams that have achieved success at a state level), they’ve played at Power Park, and they’ve put in the work,” said Craffey. “When you’re one of four teams left, you’ve done something right. I don’t think they’ll be wide-eyed. After the first pitch, it’s just another baseball game.”

“I’m just hoping everybody comes out and plays and the pressure doesn’t get to us,” says pitcher/first baseman Dillon Ganoe. “If we do what we need to do, we’ll be OK.”

Ganoe has been the Greyhounds’ go-to guy this spring. He’s batting .398 with 36 RBIs, seven home runs, seven doubles and a triple. In addition to his offensive production, he has a 5-0 pitching record with a 1.56 ERA, a save and 58 strikeouts in 39 innings.

He says he’s glad to be making the tourney trip with this edition of the Greyhounds. “This is a group of boys I’ve been waiting on to play with,” he said. “We set three goals. We’ve won sectionals and regionals, now we’ll try to win it all.

“It means a lot to me. For three years, we made it to the regional championship and haven’t been able to get over the hill.”

Ganoe adds, “They (Wheeling Central) are a pretty good, solid hitting team. Our outfield has got to hustle to the ball and get it to keep them from stretching hits out.”

“We’re real excited,” chimes in first baseman Tyler Sears. “Everybody can’t wait to get down there.

“We always believed. We thought we had the team to make the tournament.”

He calls the fact that the ‘Hounds have advanced to Appalachian Power Park during his senior year “extra special.”

Now, they’ve got to bear down and concentrate on the task at hand.

“I think if everybody comes out and plays well, and doesn’t try too hard, we’ll be fine. We should be able to compete with anybody that’s down there.”

Of Wheeling Central, Craffey says, “They’re very disciplined. They’re not going to make a whole lot of mistakes. They put the ball in play, and they’re very aggressive on the base paths, too.

“Pitching-wise, Dillon’s got to be able to throw strikes, and we’ve got to play defense and put some pressure on them by putting the ball in play and making them make plays.”

“They don’t take a lot of bad swings,” said assistant coach John McGinnis, adding, “We just need to do the routine things.”

Assistant Chip Warden says it’s been a pleasure to be around this “good bunch of kids.”

McGinnis stressed that, in addition to its fans, the team is especially thankful to the City of Montgomery and Montgomery General Hospital for their support as the tournament approaches.

Junior shortstop Robbie Belmont leads the ‘Hounds with a .465 average. He has registered three homers, eight doubles, five triples and 33 RBIs, in addition to stealing 33 bases. Second baseman Tyler Chaffins checks in at .436 with 20 RBIs and 10 doubles, in addition to a 5-3 mound record and a 3.62 ERA.

Moorefield and Charleston Catholic square off in the other single-A semifinal following the Valley-Wheeling Central game. The championship tilt is set for Saturday at 11 a.m.