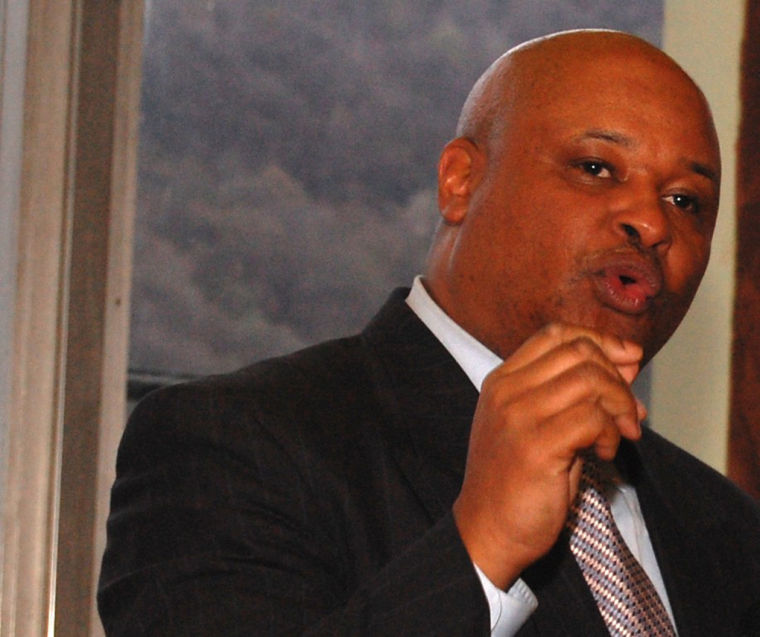 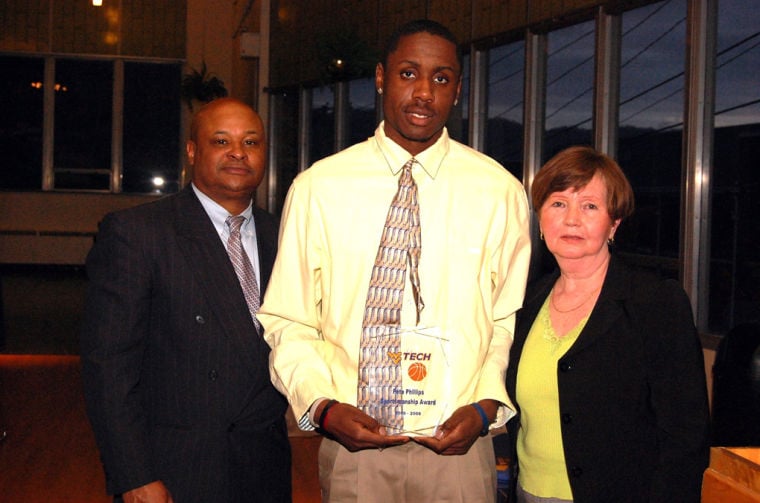 Back in the days he was more commonly known as Matty and sported a few more hairs on his head, the Rev. Matthew Watts made a name for himself as a basketball player at West Virginia Institute of Technology. Not short on confidence (“I never met a shot I didn’t like,” he says), Watts — like most students seeking to make the transformation from teen to young adult — still found himself in search of guidance as he arrived on the Montgomery campus. It was something he’d first gotten from his mother and other family members, as well as the extended community, growing up in Mount Hope. “There couldn’t have been a better place for me to be raised,” he says. “The community I grew up in made me feel special.” Speaking at last week’s year-ending banquet for the WVU Tech men’s basketball team, Watts — the senior pastor at Grace Bible Church in Charleston — said his maturation process was aided greatly by his basketball coach, the late Pete Phillips. “I thought I was one of the best players in the state,” recalled Watts, who felt snubbed when he wasn’t recruited more by colleges after he averaged about 21 points per game and led the Mustangs to a 19-4 record as a senior. “I wasn’t even going to play ball. “Then I got a call from Goodrich K. “Pete” Phillips.” It was a call that wound up having a “profound effect” on Watts. “Pete Phillips was one of the greatest men I’ve ever known in my entire life,” said Watts, who considered a teaching and coaching career before winding up pursuing a civil engineering degree. “I knew I was one of his favorite players, and I didn’t want to disappoint him. “He was a unique individual, a principled man.” Phillips, Watts added, was “a great strategist” who liked a “deliberate style.” The coach told his players they had to believe in themselves, Watts recalls, which was hard when the Bears lost several games during his freshman year. “I couldn’t deal with this losing stuff,” he said. Phillips told him, “I’m going to hang in there with them (the rest of the team) and I want you to hang in there with me.” Watts did, and the outcome changed considerably. “We turned it around. To Coach Phillips, basketball was just another class ... lifelong lessons about life.” Watts gave the Tech players some advice, saying they should strongly pay heed to “the idea of being responsible and (setting) priorities.” Now, as an adult, Watts says he does his part to guide the younger generation. “We’ve got to see in these young people what they don’t see (in themselves).” * * * During the banquet, Tech players, coaches and supporters were honored for a 2008-09 campaign that featured the school’s first national ranking in about 20 years and a final record of 20-11. Among those who received special recognition were Watts and Golden Bear Athletic Club President Pete Kelley, who both garnered the Golden Bear Lifetime Achievement Award. Coach Bob Williams was also feted for achieving his 200th win on Feb. 5 against Campbellsville University. At season’s end, Williams was recognized by the Mid-South Conference as co-coach of the year. Williams said his players “did a great job” this season. “The chemistry was amazing. We were picked last in the Mid-South and ended up winning 20 games, upsetting three ranked opponents and going 17-2 at home.” WVU Tech Provost Scott Hurst expressed his pride in the players and coaches, both on and off the court. Golden Bear team awards were: Most improved player — David Henderson; Outstanding freshman — Vincent Coleman; Top defensive player — Darryl Slack; Sixth man — Rickey Young; Golden Bear Award — Ben Shannon; Scholar-athlete — Zack Thomsen; Neal Baisi Coaches Award — Victor McGee; Mike Barrett Dedication Award — Darryl Slack; Pete Phillips Sportsmanship Award — Robby Marshall; and Sedale Threatt MVP — Sam Robertson. NAIA/MSC awards from the season included: NAIA/MSC Champions of Character nominee — Slack; MSC Player of Week, Jan 19-25 — Slack; MSC All-Academic — Thomsen; MSC All-Conference honorable mention: Slack and McGee; MSC All-Conference 1st Team — Robertson; All-Tournament Baisi Classic — Slack and Shannon; MVP Baisi Classic — Robertson; and All-Academic Award Baisi Classic — Thomsen. — E-mail: skeenan@register-herald.com