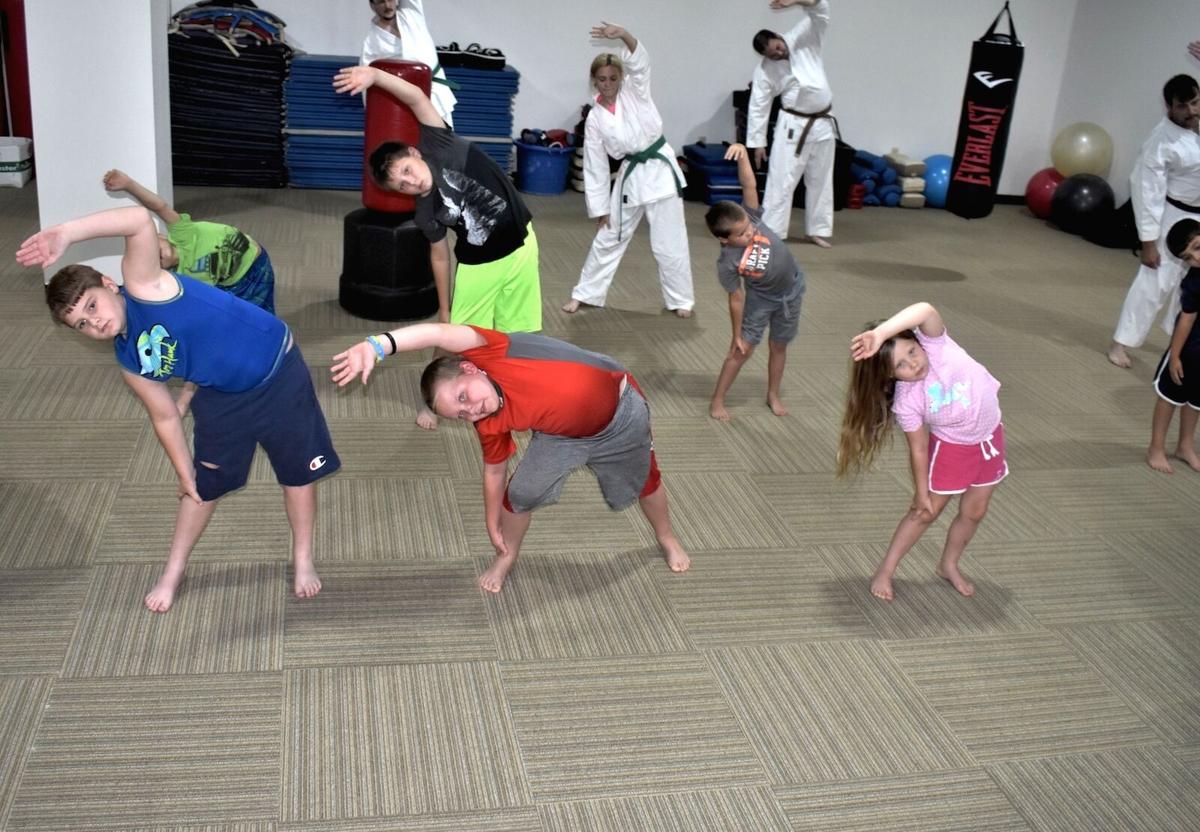 Students go through their stretching routines on the first night of the USA Mixed Martial Arts and Fitness Center in Montgomery on Sept. 2. 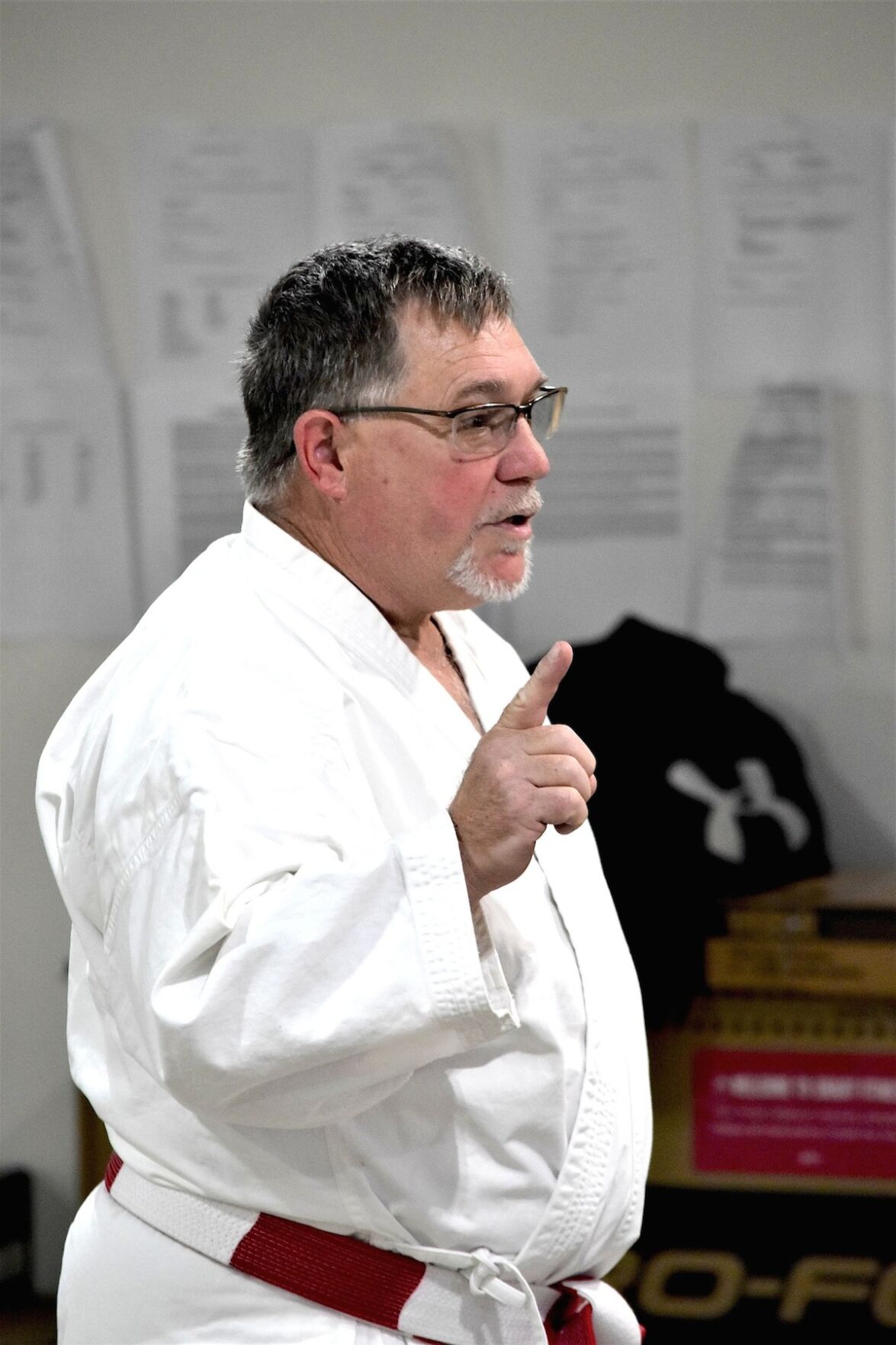 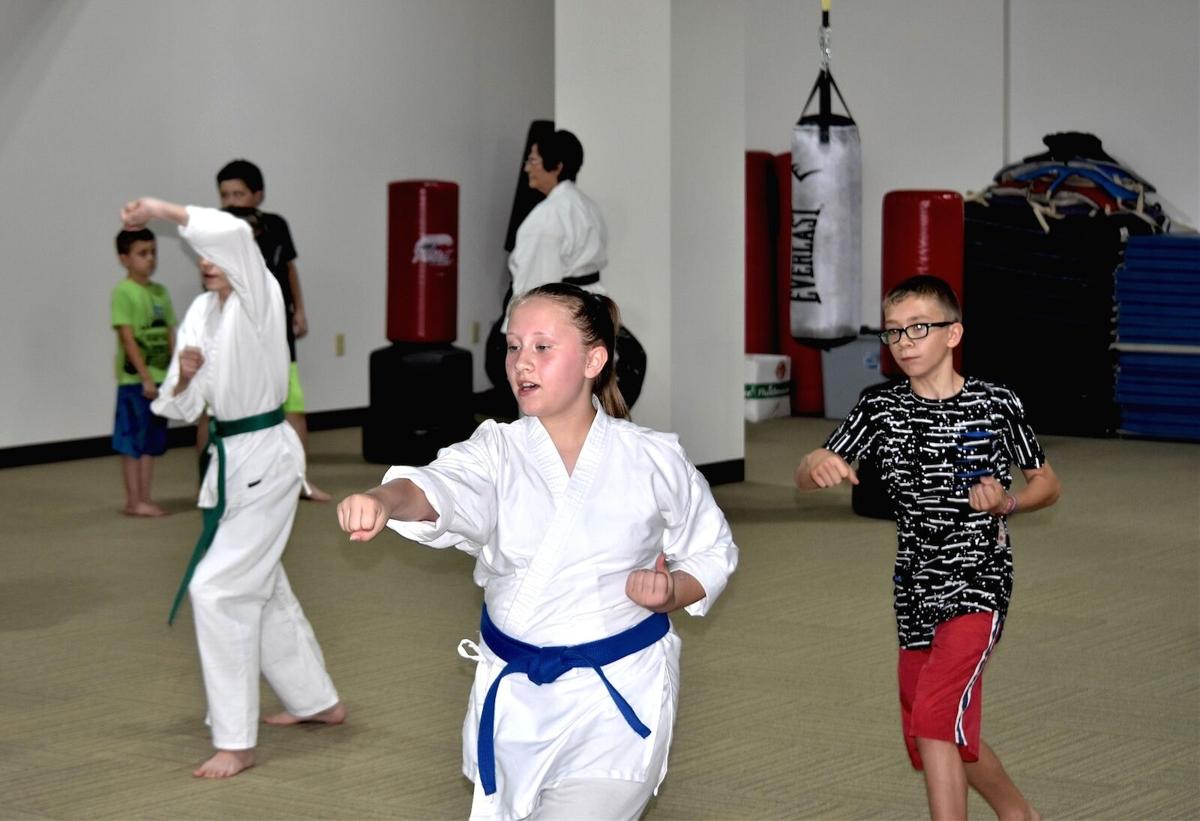 Classes will be held on Monday, Tuesday and Thursday of each week for children (6 to 7:15 p.m.) and adults (7:30 to 9 p.m.). Instruction will occur in the disciplines of karate, judo, aikido, taekwondo, kobudo and jujutsu.

Students go through their stretching routines on the first night of the USA Mixed Martial Arts and Fitness Center in Montgomery on Sept. 2.

Classes will be held on Monday, Tuesday and Thursday of each week for children (6 to 7:15 p.m.) and adults (7:30 to 9 p.m.). Instruction will occur in the disciplines of karate, judo, aikido, taekwondo, kobudo and jujutsu.

MONTGOMERY — There will once again be some structured physical activity here.

It'll just be on the other side of the tracks from the normal location.

A soft opening for the USA Mixed Martial Arts and Fitness Center was held on Thursday, Sept. 2 at the UKV Development Center at 326 3rd Avenue.

According to Shihan Terry L. Abbott, a longtime martial arts competitor and instructor, karate classes will be held on the building's second floor on Monday, Tuesday and Thursday of each week for children (6 to 7:15 p.m.) and adults (7:30 to 9 p.m.). Instruction will occur in the disciplines of karate, judo, aikido, taekwondo, kobudo and jujutsu.

Abbott will welcome students who most recently trained with him in the Neal Baisi Athletic Center when the Upper Kanawha Valley YMCA was in operation. That facility closed in May 2020.

Behind the karate classes, a fitness center is also expected to open in the new location on Oct. 1.

"We haven't been able to work out since the Y shut down," Abbott said Thursday. "We haven't had a place."

Abbott said he began exploring opening up in the UKV Development Center with Montgomery Mayor Greg Ingram, and then Dr. Carl Lee Kennedy and board members made the space available, and "they made it reasonable."

Abbott said his original plans were only for a karate school. "Then, weightlifters and other people that stayed in shape over at the Y started calling me or coming up to see what was going on" and suggested he offer a fitness center, too.

He said the workout area will cover 2,500 square feet, which "is huge."

Currently, the martial arts classes are open for the three nights. "I will not have all my fitness equipment in until Oct. 1." Beginning Oct. 1, the fitness center is scheduled to open for five nights a week.

In recent months, Abbott, who is retired from a career in the mines, purchased treadmills, ellipticals, bicycles, free weights and other equipment to be used in the fitness center. "John (Frisby) and I put all the money in ourselves," he said.

He also brought his own karate equipment over from the Baisi Center that he used for his classes there.

"We're going to try to make a go of it," said Abbott, who is partners in the business venture with Frisby, a friend and longtime local coach who helps Abbott run the successful City Hoops program. "We feel like this is a continuation of our City Hoops partnership," said Frisby.

The children's class will be for ages 6-12, while above-12 can fill the adults' class.

Fee will be $55 a month for individuals, or $75 a month for a family. That fee will be the same for both the karate school and the fitness center. For those who might want to register for both, some type of a discount will be offered, he said.

Abbott says at one time at Montgomery Middle School, he had 65 or 70 students a night participating in classes.

"I've been in martial arts since I was 16 year old, that's 53 years," said the 69-year-old Abbott, who is a seventh degree black belt and a former national champion who has trained 17 national champions and two Junior Olympic champs and has more than 40 years of teaching experience. The staff will include five experienced black belts.

"I hope to build this school back like it was (in the past)," said Abbott.

A tournament is planned on Nov. 13 at St. Albans High School. "And we will be there," said Abbott, who expects to field two teams.

The goal of the local facility is to eliminate "people having to drive long distances for karate or to work out since the Y closed," Abbott said. "We can do it all right here."