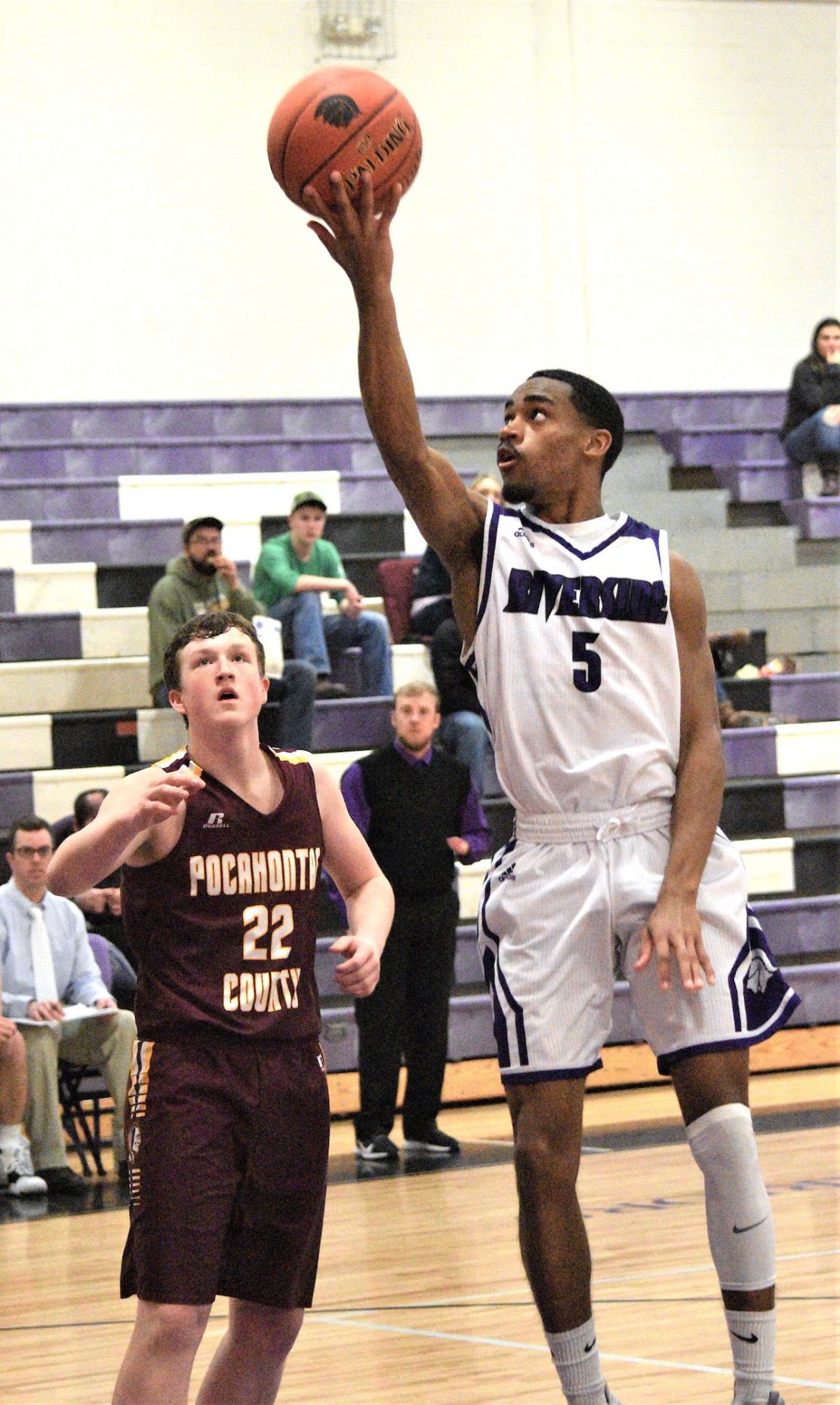 Riverside's Javante Elzy converts a drive in transition against Pocahontas County defender Jamie Vandevender Saturday. The Kanawha County Warriors cruised to an 86-56 win, their first of the season. 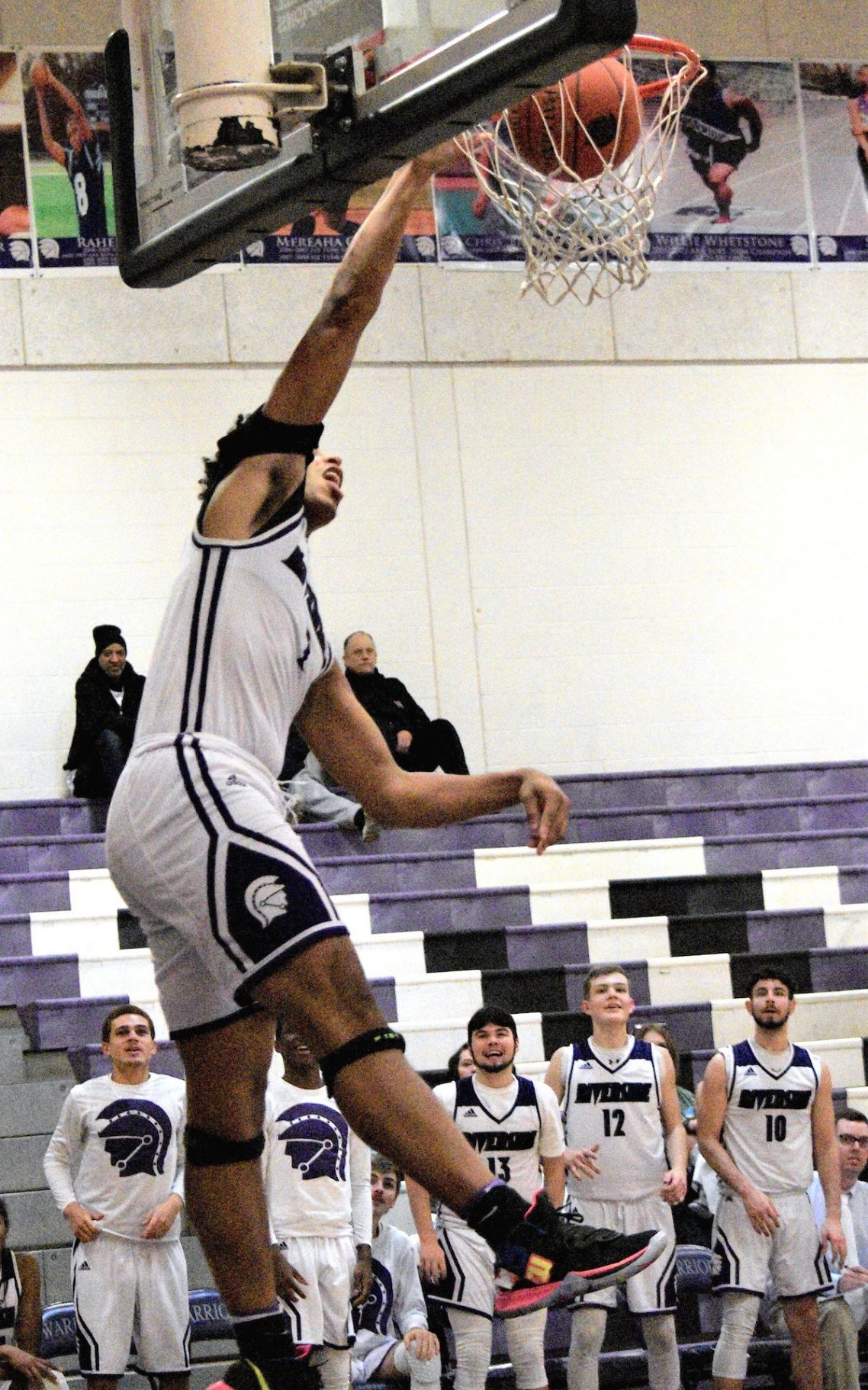 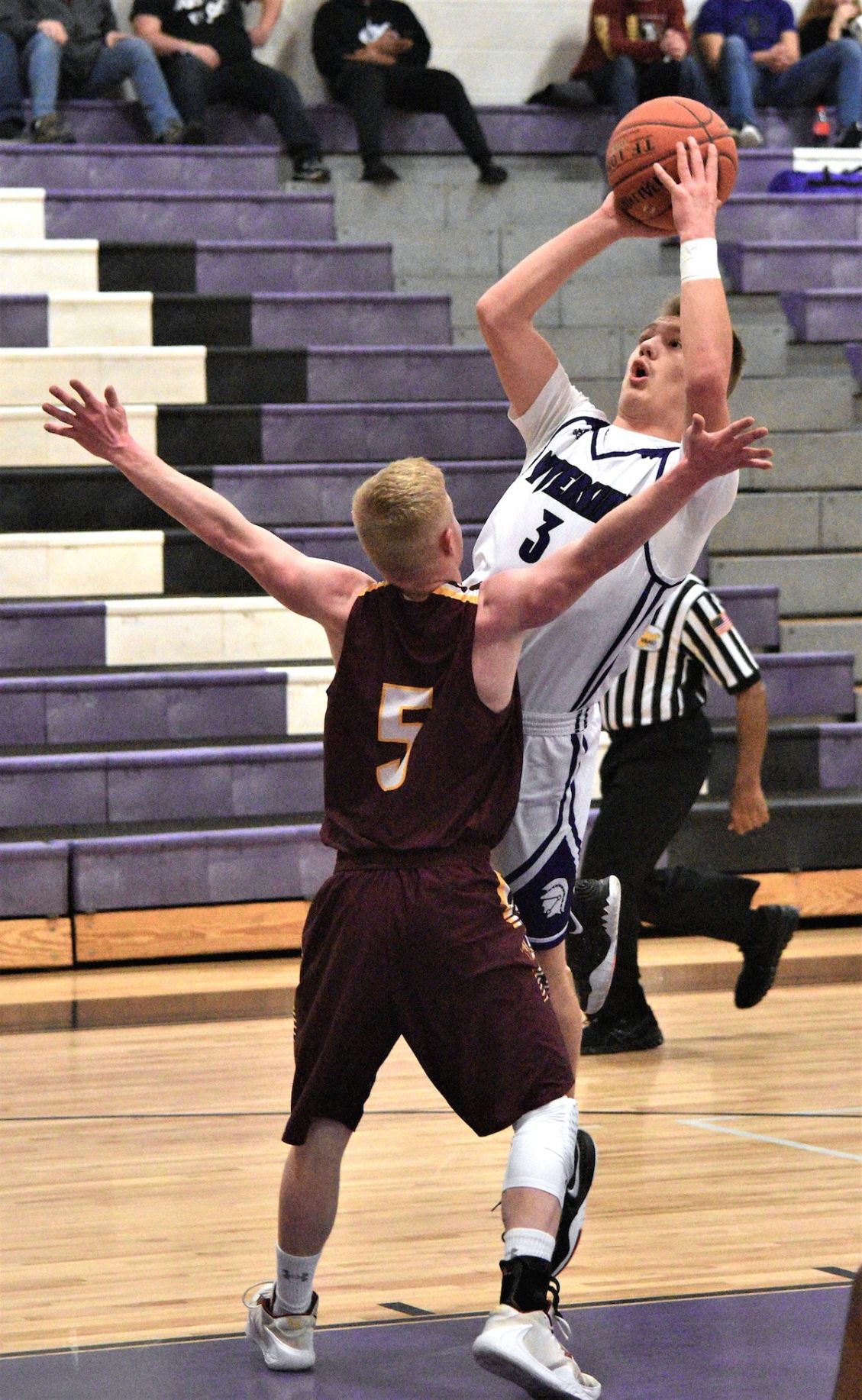 Riverside's Josh Arthur gets off a short jumper against defender Brody Buzzard. 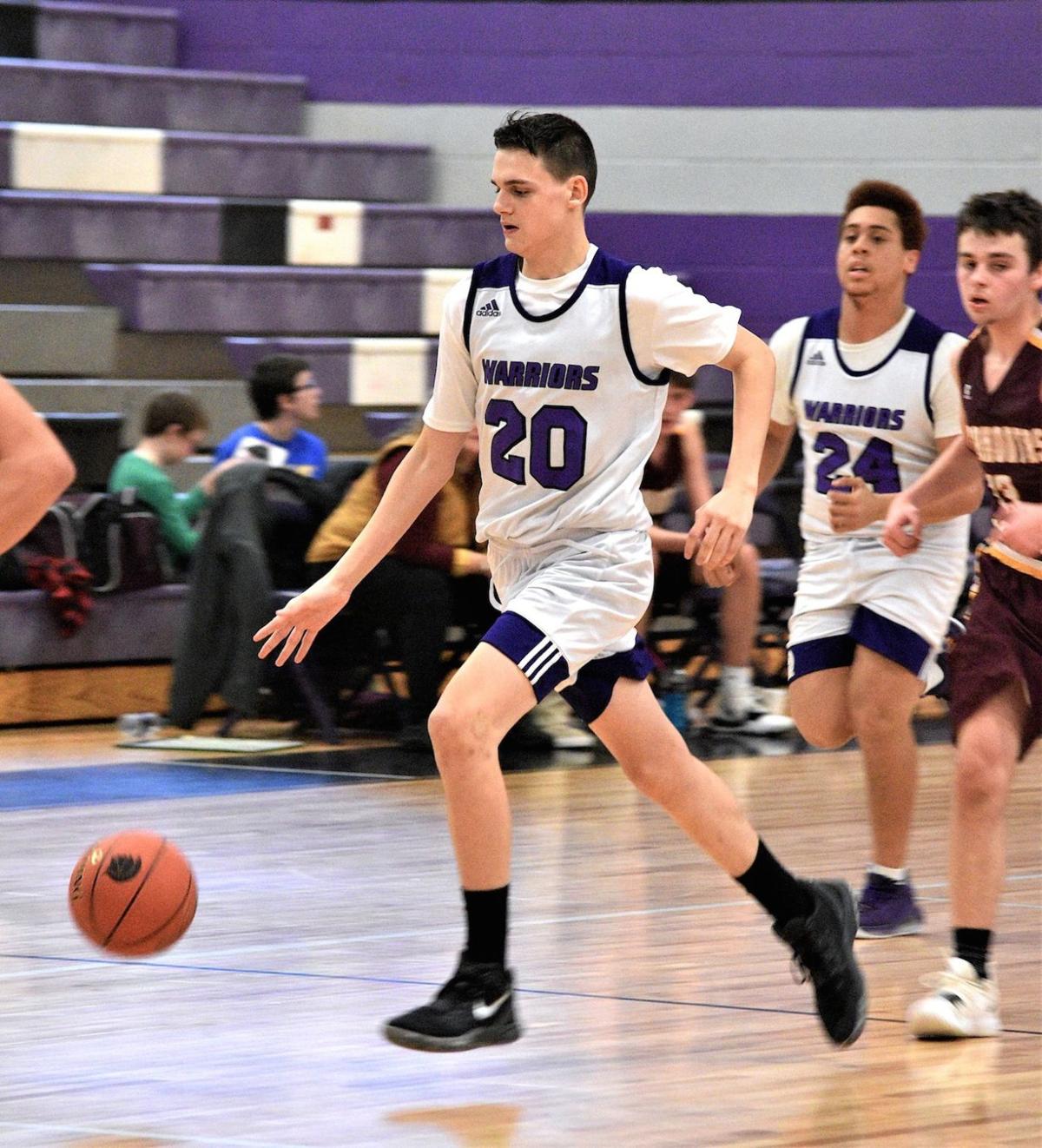 Riverside's Javante Elzy converts a drive in transition against Pocahontas County defender Jamie Vandevender Saturday. The Kanawha County Warriors cruised to an 86-56 win, their first of the season.

Riverside's Josh Arthur gets off a short jumper against defender Brody Buzzard.

QUINCY — Riverside broke a long, dry spell Saturday, and the Warriors did so in convincing fashion.

Buoyed by 21 points from senior Javante Elzy — one of five double-digit RHS scorers on the afternoon — Riverside coasted to an 86-56 victory over visiting Pocahontas County, halting a 16-game losing skid to start the season.

Woods says his players have displayed “great attitudes” while dealing with the losing streak.

“These kids, even with the losses piling up, have done a fantastic job of getting better every day,” he said.

Against Pocahontas County, Riverside took control early, posting leads of 9-0 and 12-2 en route to a commanding cushion after one quarter. Two straight Elzy buckets in transition left the score at 29-9 after eight minutes.

While getting some offense going, the hosts made trouble for the visiting Warriors all afternoon with both pressing and man-to-man defenses.

Woods said the key was his players talking to each other. “We did a much better job of communicating,” he said. “We moved as one a lot better than in other games.”

Riverside will travel to South Charleston for a 7 p.m. contest on Feb. 14.

Woods said the Warriors, for the most part, have shown solid improvement throughout the season.

“I definitely think we can be competitive (the rest of the way). Unfortunately, we have one quarter every game that ends up biting us. If we can put four quarters together, we’re going to be dangerous.”

Meshing incoming Valley players with Riverside holdovers from last year has been one of the keys this year, Woods said. For example, former Greyhound Quinten DeMello “is a scorer, but if he’s not on the same page with Javante Elzy or Josh Arthur, it’s going to be difficult. They’ve all had to figure each other out.”

Elzy, who is averaging a team-best 17.5 points per game, “has done a great job of being a vocal leader and getting everybody in their spots,” said Woods. Senior teammate Jeremiah Mason (5.5 ppg, 8.8 rpg) has served as a leader, too, especially mentoring promising freshman Braydin Ward, who is averaging 6.7 points and 8.3 rebounds in three varsity games.

Senior Isaiah Osborne (2.9 ppg, 5.3 rpg) has provided a spark for the Warriors, his coach says. “Every time he’s in the game, the energy picks up.”

Arthur is averaging 9.4 points a night for the Warriors, and Isiah Ford is scoring at a 4.5 clip.

DeMello (7.2 ppg) and Alec Hess (2.1 ppg, 4.3 rpg) are both among former Valley High players who have made an impact on the program. “Quinten has been big for us (in terms of communicating and helping look out for former Greyhounds as they transition),” said Woods. “Alec (who transferred to Riverside earlier) has been a leader for us in terms of work ethic.

“I have been ecstatic to get those Valley kids. They’re talented kids, and they care about their teammates.”