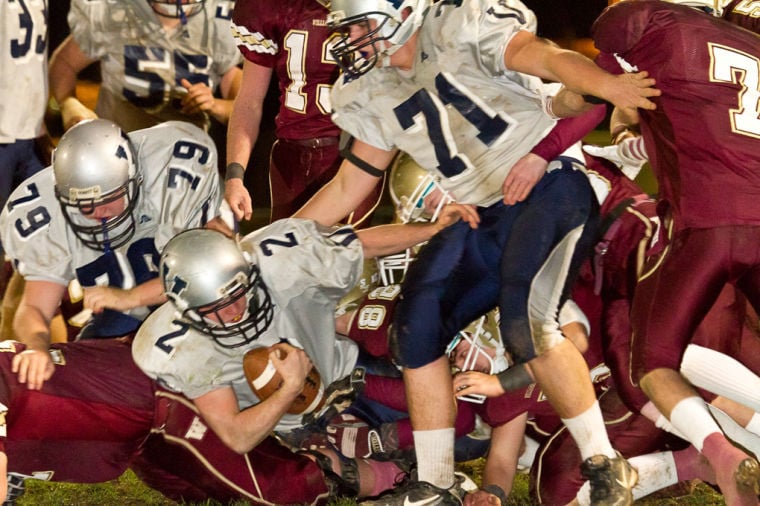 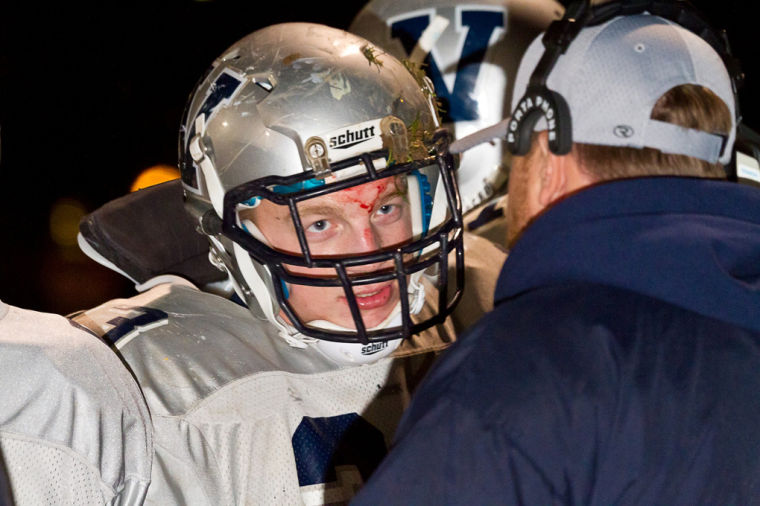 A bloodied Corey Tolley listens to instructions on the sideline from assistant coach Warrick Smith. 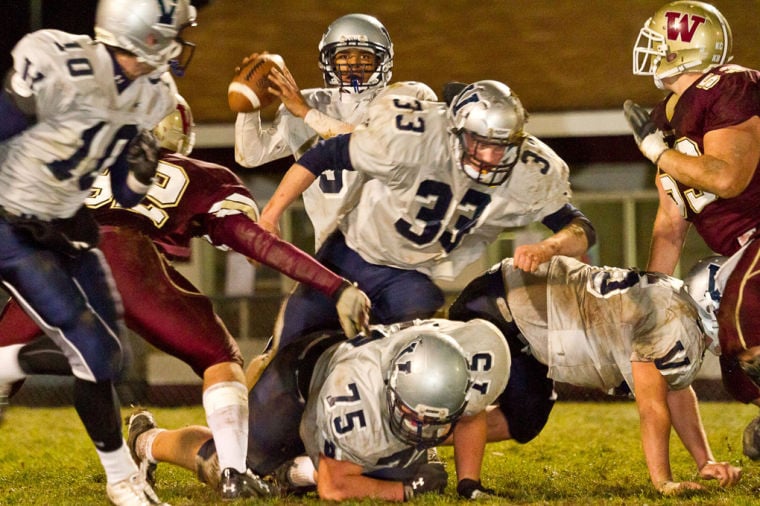 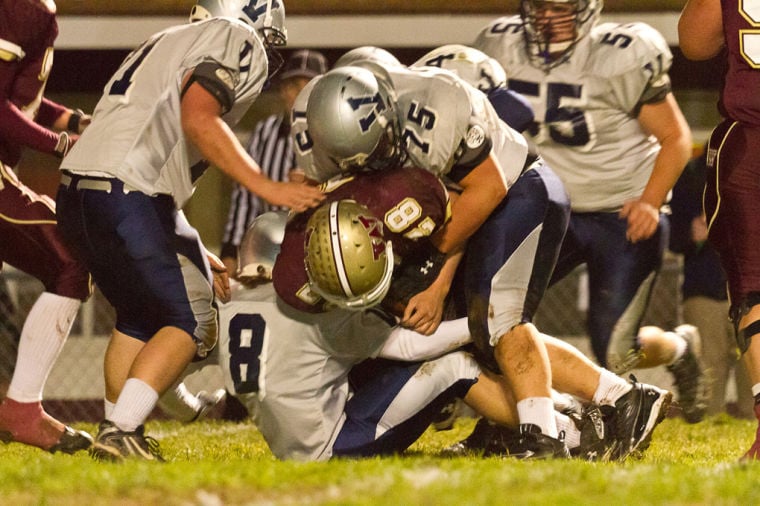 Keyshawn Payne, on ground, and Slayton Beard team up to tackle Williamstown's Jerry King. Closing in on the play for VHS are Nathan Phillips, left, and Brad Higginbotham.

A bloodied Corey Tolley listens to instructions on the sideline from assistant coach Warrick Smith.

Keyshawn Payne, on ground, and Slayton Beard team up to tackle Williamstown's Jerry King. Closing in on the play for VHS are Nathan Phillips, left, and Brad Higginbotham.

Jake Tracewell tossed four touchdown passes and No. 7 Valley had little answer for No. 2 Williamstown’s defense. The host Yellowjackets improved to 12-0 by rolling to a 45-8 victory over the Greyhounds in a Class A state quarterfinal playoff contest.

Valley, which ended its campaign at 9-3 for head coach Benny Hopkins, trailed just 14-8 after Myles White hauled in a 17-yard trick play pass from Cody Winter and Matt White added the conversion run with 59.2 ticks left in the half.

However, the Yellowjackets then marched 80 yards in four plays thanks to a trio of Tracewell completions — a 46-yarder to Aaron Jones, a 21-yarder to Trey King and a 13-yard scoring strike to Ben Amos — to take a 21-8 lead into intermission.

In the second half, head coach Terry Smith’s squad got their running attack going as King finished with game-highs of 19 carries for 197 yards, while Yellowjackets fullback Mike Adams bruised his way for 90 yards on just nine attempts. The duo had combined for just 16 attempts and 76 yards in the first half before going off for 211 yards on a dozen attempts after intermission.

After losing the toss and receiving the opening kick, Williamstown put together a 14-play, 59-yard scoring drive that took nearly 6 minutes off the clock. King picked up a 3-yard run on fourth down at the Valley 36 and Jones’ 7-yard reception on a play-action fake by Tracewell in the back of the end zone, followed by the first of Garret Butler’s six extra points, put the hosts ahead for good at 7-0 with 6:12 left in the first quarter.

The Greyhounds moved the ball on their opening series and had first-and-10 at the Williamstown 35, but Brandon Yost registered a sack, Jones then followed with a tackle for loss on Robbie Belmont and the visitors had to punt.

Even though a Corey Tolley fumble recovery thwarted Williamstown’s next drive, Smith’s gang scored two series later for a 14-0 advantage when Amos snared a 21-yard aerial from Tracewell on a quick pump-and-go route that left him wide open in the end zone.

Valley signalcaller Matt White drove his team down the field to open the second half, but on a second-and-9 play from the Yellowjacket 24, he was picked off by Eddy just short of the end zone. Williamstown then put the game away by going on an 11-play, 99-yard scoring drive that was culminated by another quick pump-and-go route, this time to King for 21 yards.

Williamstown, which will play at home next week on either Friday or Saturday against No. 3 Wahama in the semifinals, had a 534-249 advantage in total yards, which included 293-80 after halftime.